William Murray Metten, Jr. of Hockessin, DE, passed away peacefully surrounded by his family on January 12, 2022, as a result of FTD (Frontotemporal Dementia).

Bill was born in Wilmington, DE in 1940, to W. Murray and Martha Metten. He graduated from Wilmington Friends School, the University of Delaware and the Charles Morris Price School of Advertising and Journalism in Philadelphia.

Bill is survived by his bride of fifty-three years, Nancy; (whom he met on a blind date), two children, Victoria and William M. Metten III (Deana) as well as two grandchildren William IV and Madeline. Bill was preceded by his parents.

Bill was proud of his family’s Delaware roots which date back to the early 1700’s and for his family’s service above self-commitment to improve the quality of life in the community like his father and grandfather.

Bill served on the boards of several non-profit organizations, including the Salvation Army Board of Directors and Sanford School. He was also a member of many other organizations.

Bill served proudly as a member of the Delaware Army Air National Guard and was an active member of the Wilmington Rotary Club. Bill joined Delaware Power & Light Company in 1964 and became Manager of Community and Public Relations. In 1979 he joined ICI Americas Inc. in Wilmington, where he became Director of Corporate Communications. In 1991 Bill left ICI to found Bill Metten & Associates a public relations and marketing firm with his wife. He was a co-founder of the Delaware Fire Service Newspaper in 1997. He retired in 2009.

In retirement, Bill enjoyed traveling with Nancy and being with his good friends near and far. Bill was an avid reader and particularly enjoyed Tom Clancy books. He also enjoyed playing the slot machines in Delaware and in Las Vegas and became an avid collector of Silver Strikes. Bill was an active member of the Silver Strikers Club, where he very much enjoyed the comradery of his fellow members and contributed many articles to their Newsletter. He so enjoyed the chase of the Strike. In 2007, he designed a Silver Strike which ultimately took first place. He also really enjoyed reviewing and test-driving cars for The Hunt Magazine (he even bought a few after reviewing them), lounging by the pool and watching his grandchildren grow up. Bill loved to fish, especially surf fishing with his son in Delaware and on Maryland’s Eastern Shore. During Delaware Governor Charles L. Terry’s administration Bill served as the Director of the state’s Sport Fishing Tournament.

The family would like to give a special thanks to the Delaware Hospice team for their care, compassion, and help.

A graveside service will be held at Gracelawn Memorial Park in New Castle, DE on Wednesday January 19, 2022 at 2:00 pm. In lieu of flowers, contributions can be made to the Salvation Army 400 North Orange Street PO Box 308 Wilmington DE 19899 or to Delaware Hospice (https://www.delawarehospice.org/donate/). 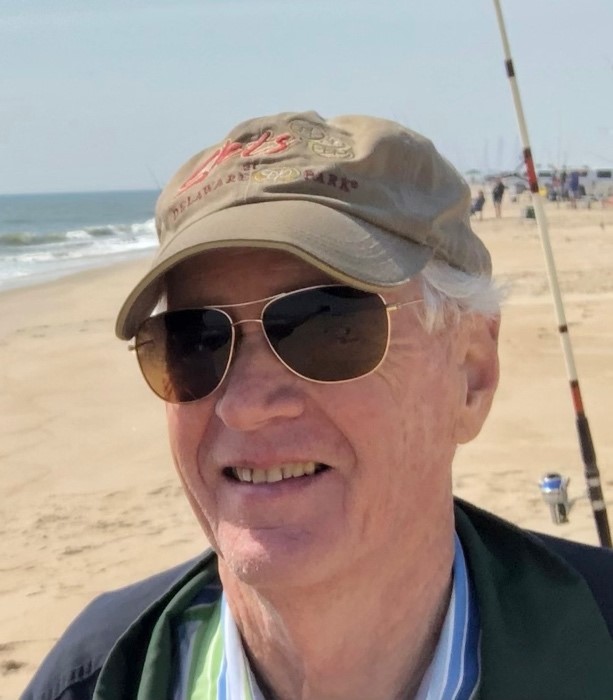 A graveside service will be held at Gracelawn Memorial Park in New Castle, DE on Wednesday January 19, 2022 at 2:00 pm.