William Joseph “Bill” Campbell, known for his deep faith and love of golf, passed away peacefully at Christiana Hospital on September 28 after a short illness. His daughter and his special friend were by his side.

Bill was born in 1931 in Germantown, PA, to William J. and Mary Haugh Campbell, both of whom had immigrated from Ireland. His Irish heritage was easily recognized by his love of his Irish cap and was seldom seen without it. Bill attended Northeast Catholic High School, Niagara University, and Catholic University of America where he earned his master’s degree in theology. A teacher at Salesianum High School for many years in the 1960s, Bill also was the golf, assistant football, and basketball coaches. He was instrumental in starting the Boys State Championship Golf Tournament and the ETV Television Studio, known today as WSAL. After leaving Sallies, he worked at the NVF Company in Yorklyn for 34 years. He retired as Executive VP of Operations and then began writing the history of the company. Bill was a member of St. Anthony of Padua Church. His faith was a vital part of his life and for many years he attended daily mass. Golf was his passion, and he won numerous amateur and senior golf tournaments in the Wilmington and Philadelphia areas. Many of his peers with whom he played at Wilmington Country Club remarked that Bill “had a perfect swing.”

Bill was predeceased by his parents and his brother, Bob. He is survived by his children, Alexis and Jimmy; granddaughter, Summer; his brother, Connie; sister-in-law, Margo Campbell; and numerous beloved nieces, great nieces, and nephews. He is also survived by his special friend and golf partner for 36 years Cathy Klocko. 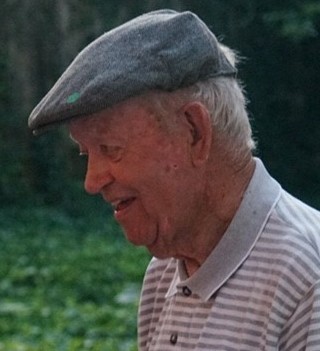 Visitation will be held on Wednesday, October 6 from 9:30 am to 10:30 am at St. Anthony of Padua Church. The funeral mass will follow at 10:30 am. Burial will be private. The church requests that attendees wear a mask.

Linda R Creighton lit a candle and writes,
My condolences i will always have fond memories of working with Bill at nvf.