Bill is survived by his wife of 54 years Mildred Comegys Ruglass.  Bill is also survived by his brother John, sister in law Loretta and his loyal dog Gus.  He was the son of William and Lucille Ruglass.

Bill and Millie were high school sweethearts who loved spending time together. They enjoyed many cruises and traveled frequently to Europe and South America.  Bill was a fourth degree member of the Knights of Columbus.  He was a Boy Scout leader at Mary Campbell Center.  He retired from DuPont in 1993 and later was a realtor with Century 21 Fantini.

Burial is private.  A memorial service will be held at a later date.

In lieu of flowers the family recommends donations to Salesianum School. 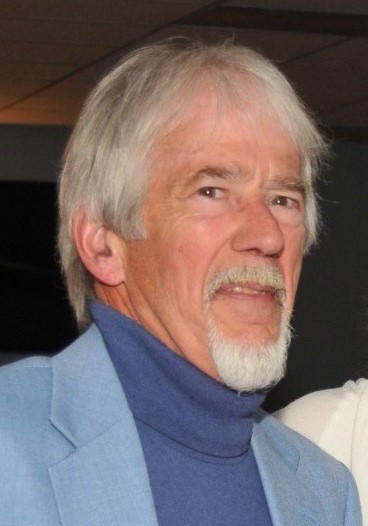 Services will be private

Toni Rafalli-Carucci lit a candle and writes,
Millie, my thoughts and prayers are with you during this difficult time. Please know I am here for you if/when needed. Sincerely,
Alex Egan Godleski writes,
Bill was my next door neighbor growing up in Claymont. He was always kind to me as a hanging around kid - a friend of his brother. He loved Elvis and taking car of his car. May he Rest In Peace and in the arms of his Lord.
Richard and Patty Jones writes,
We will miss Bill, he was a unique individual with a kind demeanor and obvious love for Millie. We always knew when Bill was behind the garage with Gussy as his delightful pipe smoke would waif across the street . God bless your soul Bill and rest in eternal peace ✌️.
Ann Campbell lit a candle and writes,
Millie, so sorry to hear of Bill passing. Know that my thoughts and prayers are with you during this time. Your friend from DuPont, Ann.
Joyce Smyth writes,
Bill and I are so very sorry for your loss, our thoughts and prayers are with you. May Bill Rest In Peace. God Bless You. Joyce and Bill Smyth
Barbara C Weeks writes,
It has been a very sad few weeks for me as Bill and Millie's neighbor to have lost a great neighbor and friend. We shared the love of our dogs. I could always count on Bill to walk Lucy for me when I was away any great length of time. And his Gus was his buddy! Bill's summer tomatoes were always a great surprise and delicious! The toot of his car horn as he passed by, along with his smile and wave will be forever missed! God bless you, Bill!
Connie Schwab midgette lit a candle and writes,
Milky I have thought of you so often. As a matter of fact, just a few days before Bill passed. I lost contact with everyone when I left the state to go in nursing. I know you are beside yourself without Bill. When you are feeling up to it, I would love to see you or talk to you. My phone 654 3866. Or drop me a line. My address is 147 cross ave. New castle. My heart and prayers are with you. Love Connie.
Barbara & Bill Monaghan writes,
We are so sorry to hear about Bill Ruglass Jr. He will be greatly missed.