Thomas McIntire Eliason, Jr, age 98, passed away peacefully on October 25, 2020 in his home in Wilmington, Delaware.

Born in Wilmington, DE to the late Thomas M. Eliason and Edna Chandler Eliason, he graduated from Alexis I. DuPont High School in 1940, the Peddie School in Hightstown, NJ in 1942 and the University of Delaware in 1949.

A veteran of WWII, Tom served as an Air Traffic Controller for the Army Air Corps serving in England and Europe. He was employed by General Motors for 36 years retiring in 1985.

An enthusiastic athlete throughout his life, Tom was an avid sports fan playing football and basketball; supporting and closely following the sports efforts of his children and grandchildren; and cheering on the Eagles and Phillies. He was captain of the Peddie School football team and was inducted into the school’s Sports Hall of Fame. He spent hours on the sports fields cheering on both his children and traveling to watch his 4 grandsons play soccer in later years.

After retiring, Tom drove for FISH of Northern Delaware in a volunteer capacity. He was a member of the Wilmington Country Club. Tom loved to travel and explore, and enjoyed summers in Ocean City, NJ.

As passionate as Tom was about sports, his main passion was family, always supporting his gang. He was immensely proud of each of them and took pleasure in all their activities and accomplishments.

Tom was preceded in death by his wife of 64 years, Jane Burnham Eliason, in 2013 and by his brother, Douglas C. Eliason, in 2002. He is survived by his daughter, Debbie Rollins and husband John of Plymouth, MA and his son, Tom Eliason of Cambridge, MD; by 4 grandsons: Daniel, Andrew and Scott Rollins and Thomas Eliason; and seven great grandchildren.

The family would like to thank the medical team at Stonegates and his great friend, Jean Mullin, for all their love, help and support. 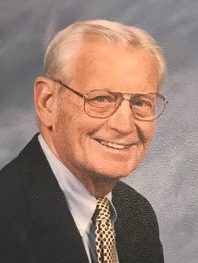 Arrangement will be private.

Andrea Dickerson writes,
Sorry to hear of the passing of your dad. May your memories keep you in smiles and laughter. Peace Andrea Dickerson
Heather P lit a candle and writes,
It was a great pleasure and honor knowing and taking care of Tom he always knew who we were and shared great memories with us throughout his years with us girls at Stonegates. He will be missed by many of us. My sympathies with his entire family thank you for sharing him with us. Heather P
Mary Lu Pamm writes,
Dear Eliasons, I’m so sorry to learn of Tom’s passing. Another one of the good ones gone. Good Tatnall/Westminster memories, may your memories and the sharing of them bring you peace and joy for a long life we’ll lived! Most Sincerely, Mary Lu Currin
MICHELE SLADE writes,
The 95th Bomb Group sends our thoughts and prayers to the family. I just mailed a card from the North Pole, May your memories carry you all on.