Tom was born in 1935 in Wilkes-Barre, Luzern County, PA to the late Martin and Kathryn (Haughney) Finn. He was married to Beverly (Olson) Finn in 1960 and eventually remarried to Karin Riccio Finn (nee Kolz) in 1985. While attending college, he joined the ROTC and eventually served in the Army Reserves.

He spent most of his career working in the billboard business. In the early 1960’s he became the youngest plant manager for United Outdoor Advertising in Glassboro, NJ. After the company was sold, he went on to start his own agency in 1977 in Wilmington, DE with his three sons–going on to meet many of Delaware’s most prominent politicians and businesspeople of the time.

In 1996, he helped found Iron Hill Brewery & Restaurant with his sons and their business partners. He was instrumental in helping secure financing for the startup. Because of his initial involvement, Iron Hill was able to grow and expand into many new markets.

Tom had always wanted to be a pilot and eventually purchased a Cessna airplane that he flew for many years out of Cross Keys Airport, NJ. But golf was his real passion, and you could almost always find him on a golf course, whether it be Cavaliers Country Club or Kings Creek County Club. He was an avid storyteller and he loved to tell stories about his life, his children, his wife, his business, and the many colorful people he met throughout his career.

Tom was preceded in death by his father, Martin, his brother Marty, his mother, Kathryn and his wives Beverly and Karin. He is survived by his three children, Kevin, Chris and Brian, his brother Dennis, five grandchildren and one great grandchild.

A memorial visitation will be held on Monday, August 15th at the Chandler Funeral Home, 2506 Concord Pike, Wilmington from 10-11:00 a.m.

Donations in lieu of flowers can be made to the Dementia Society of America https://dementiasociety.charityproud.org/donate 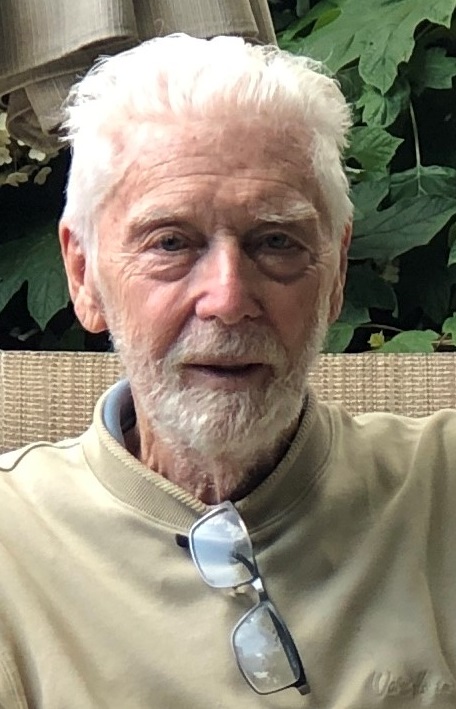 A memorial visitation will be held on Monday, August 15th at the Chandler Funeral Home, 2506 Concord Pike, Wilmington from 10-11:00 a.m.

Nikisha Flowers lit a candle and writes,
My prayers go out to the family and friends that you find Peace and comfort, with strength as you go threw this hard time of grief. Tom was a good person Love Nikisha Flowers (WingMom)
James Lloyd lit a candle and writes,
I met Tom approximately 47 years ago as his competitor, then his employee and eventually a good friend . He was a true local business leader that established many contacts / customers who became his buddies at the gin card table and on the golf course . If you knew Tom , you realized that he would help you whenever he could , not only as your boss but also on a personal basis . Tom raised 3 sons and their combined success can be attributed to his love, support and guidance whenever they needed it . Tom was not only a business communicator / leader , but a compassionate human being and will be missed by all , but his memories will last forever with me , his family and friends. Please rest in peace Jim Lloyd
Kathy Reynolds Patton lit a candle and writes,
I am so sorry for the loss of your father. He was a wonderful, genuine person who will be deeply missed. I met Tom through one of your dad’s closet friends, Bob Mitchell. Tom and I stood for Bob and Maria when they got married. He had a wonderful personality and was such a caring person to everyone he met. I enjoyed so many of his stories and his great sense of humor.
Nikki Dougherty lit a candle and writes,
Sending peace and love to Kevin, Chris and Brian...
Maria Mitchell lit a candle and writes,
I just wanted to offer my condolences on the loss of your father. My husband Bob Mitchell who passed away on December 26 last year was very close to your Dad. Tom was best man at our wedding in 1982. It is nice to think they are up above reminiscing.
Adam lit a candle and writes,
My friend was ridiculously happy in life, so let us celebrate that life rather than weep over death. I am sure that when he meets up with Harry and Bob he will be ready to play 18 holes again. “The comfort of having a friend may be taken away, but not that of having had one.” —Seneca, Philosopher
Carmen P Lescure writes,
Brian, Kevin, Chris, I am so very sorry for your loss. Tom loved you all. Carmen
George H Hummel writes,
I never had the pleasure of meeting Tom, but I'm familiar with the fine job he did raising Kevin and Brian. My thoughts go with you and your families. George Hummel
Michele Shanor lit a candle and writes,
What a great and enspiring man you were. You will be missed greatly. Michele Shanor, a Wingmom caretaker
Frances McGonegal lit a candle and writes,
So very sorry to hear of Tom's passing. We were friends for many years and shared a lot of laughs. He will be greatly missed.