Stanley Camp Faulds, 93, died peacefully on November 16, 2019. He was born in Clearwater, Florida in 1926 and grew up on the family farm, the youngest of the six children of Almira Rogers and Norval Merritt Faulds.

In 1944, Stan graduated early from high school, enlisted in the Army Air Corps and was stationed at an airfield near Brownsville, Texas. He wanted to become a pilot, however, the war ended before he completed flight training. Happily, before Stan left Texas, he met the love of his life, Betty Lee Singer. After the war he earned an engineering degree from the University of Florida while Betty earned her degree in history and fine art from the University of New Mexico. In 1950 they were married in Albuquerque, New Mexico.

The couple first settled in Florida where Stanley worked as a mechanical engineer with Snow Crop and U.S. Gypsum. In 1951 he began a thirty-four-year career with the DuPont Company. When he retired in 1985, he was a senior manager in the mechanical division.

During a long and productive retirement, Stanley devoted his time to traveling, birding, sailing, fishing, boat building, and fine woodworking. Stan and Betty also enjoyed many happy and constructive hours helping their children with home renovations. He was especially fond of granddaughters, Emily and Haley. Stan loved nature and was deeply concerned about preserving and protecting the environment.

Stanley will be deeply missed by his wife Betty, his children Morgan Faulds Pike, Ann Faulds and his son-in-law Christopher Robinson, Thomas Faulds, and his granddaughters Emily and Haley Faulds. Stan was predeceased by his brothers and sisters Melisse, Morris, Vincent, Jeanette, and Ruth. He leaves many nieces, nephews and cousins.

In lieu of flowers contributions may be made to The Nature Conservancy, The Delaware Nature Society, or Willow Tree Hospice. 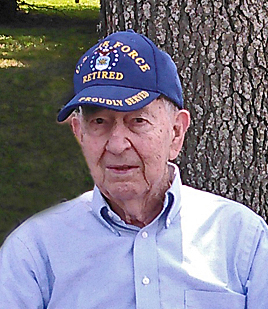 A gathering in his memory is being planned for early in the new year. Updated service information will be available later.