Sarah McIntosh Salzenberg, 35, passed away at her home in Atlanta, GA, September 17, 2021. Her family is deeply saddened by her loss.

Sarah was born in 1985, to Anne L. McIntosh and Charles H. Salzenberg in Newark, DE. Her early years were spent attending Sanford School in Hockessin, DE, H.B.duPont Middle School and A.I. duPont High School in Greenville, DE, where she graduated in 2004. She obtained her BA in political science from Boston University, 2007, Summa Cum Laude. She spent the next year working at Boston law firms, including Ropes and Gray LLP, before moving to Washington, DC. She obtained her JD from American University in 2011 and was admitted to the Virginia Bar Association. She completed her formal education at Georgetown Law, DC, graduating with her L.L.M. in tax, 2013. After Georgetown Law, she was honored to spend a year as a clerk for Judge Thomas Ambro, United States Court of Appeals for the Third Circuit.

Her professional career included: Akin Gump Strauss Hauer & Feld LLP, Nixon Peabody LLP and Bloomberg BNA, all in the DC metro area. She moved to Atlanta mid-2019 to work at Coleman Talley LLP. She was a tax associate at Pathstone Family Services, a firm specializing in personal wealth management, March 2020 until briefly before her death.

Sarah, or Sally as she was known to her friends, was a woman of many talents, skills and passions. In pre-K, she first declared her desire to become a lawyer. When she entered elementary school, she began exploring a range of interests, including gymnastics, the arts, dance – ballet and jazz, music, voice and theatre. She was in multiple productions at Delaware Children’s Theatre in Wilmington, including being one of the Lollipop Guild in the Wizard of Oz. She was a member of the award-winning A.I. duPont Tiger Marching Band as one of the prestigious “Poms”. She performed at the annual Thanksgiving Day parade in Philadelphia, Orange Bowl, Miami, FL, the Queen’s Jubilee in London, England, the Saint Patrick’s Day parade in Dublin, Ireland, and the Rose Bowl Parade, Pasadena, CA. Her love of theatre was enjoyed with family on Broadway, Lincoln Center, Philadelphia and the DuPont Theatre, Wilmington, DE. She knew the words to every song in Les Misérables, and she and her mother gifted one another with trips to NYC to see original productions of Wicked, The Book of Mormon and the second cast of Hamilton. She loved and competed in swimming and volleyball, including being a member of the high school varsity volleyball team and winning the state championship.

Sarah was passionate about a host of things throughout life. She was absolutely devoted to Barnaby “Barney” Oscar, her Boston, and Milo Bernard, her orange Tomcat. She was an environmentalist and committed political activist, especially voters’ rights, and worked tirelessly on Georgia elections after moving there. She travelled extensively throughout the U.S., British Isles and much of the Caribbean.

The family extends special thanks and gratitude for the compassionate care and thoughtfulness by those at Phipps Place where she lived, Pathstone, and special personnel in the Atlanta area.

In lieu of flowers, donations may be made to Humane Rescue Alliance, humanerescuealliance.org, Delaware Children’s Theatre, dechildrenstheatre.org, and Fair Fight, fairfight.com. 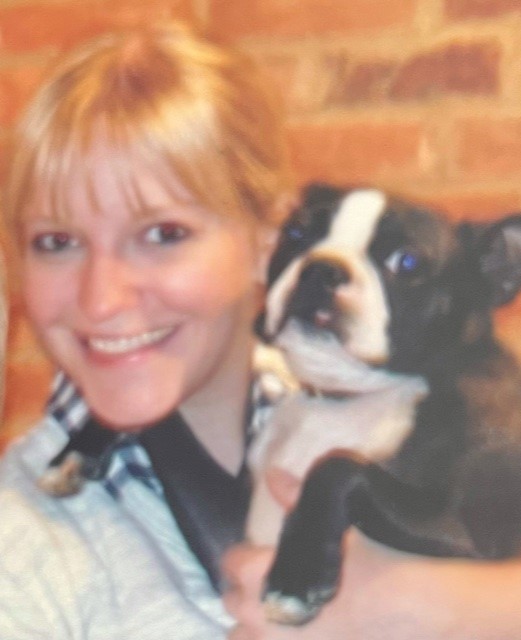 A celebration of life will be held Saturday, October 23, 2021, noon, Ashland Nature Center, Hockessin, DE. Family visitation will precede at 11:00am.

Bonita Frawley writes,
Ann, the Frawley family is so very sorry for the loss of your beautiful daughter, Sarah.This is such a painful 💔heart break.. Only knowing what Sarah has achieved in her life will bring you comfort as you enjoy her memory from now on. Love to all.