Sally “Sarah” Hamburger died peacefully on October 15, 2021 at the age of 87. Born in Pittsburgh, PA, Sally was the only child of Herbert and Eleanor Simpson, but was also raised by her grandmothers, spending summers with them at the Jersey shore as well as during WW II when her father was in the navy. Her first cousin and dearest friend Cynthia was often by her side during childhood and their sisterhood continued throughout their lives. Sally attended Ohio Wesleyan University where she met her second lifelong friend, Phyllis Wynn.

The summer before her college graduation, Sally met Aaron Hamburger. They married in 1956 and celebrated their 65th wedding anniversary this past June. At the time of her death, they had 3 daughters, Marjorie, Amy, and Julianne; 8 grandchildren; and 5 great grandchildren.

Sally found meaning and purpose in her family, her involvement in her community, in music, and in the Unitarian Universalist faith.

While raising her children, Sally was an active volunteer with their activities and schools, most notably with the Green Circle program, a curriculum designed to help children develop empathy for others and acceptance of ethnic diversity. After moving to Arden, Delaware in 1968, she and Aaron became very involved with numerous gilds and government of this intentional community. Of particular note were serving as Clerk of the Town Assembly and being a founding mother of the Arden Archives Museum. Highlights of Sally’s involvement outside of Arden include serving on the boards of Opera Delaware and the Unitarian Universalist House and being on the review panel for the Delaware State Arts Council.

Sally was a passionate supporter of and participant in the arts, particularly church choirs, theatre, and opera. She sang and performed with amateur theatre companies; in Delaware this included Opera Delaware, the Ardensingers, the Highway Ensemble, and the Arden Shakespeare Gild. She also worked as a production coordinator with Opera Delaware.

Prior to their marriage, Sally and Aaron were introduced to the Unitarian Universalist faith, which immediately became their spiritual home. In addition to their membership in churches at every place they lived, they spent time each summer at Star Island, a UU conference center off the coast of New Hampshire. In each church and at Star Island, Sally found meaning by being actively involved as a participant and volunteer, and at the end of her professional life she became the Program Facilitator at First Unitarian Church of Wilmington.

Sally was an avid reader and lover of words. Sunday mornings were not complete without the New York Times crossword puzzle. She was thrilled to have once been a guest on the NPR Sunday Puzzler with Will Shortz! After retirement, Sally and Aaron traveled all over the world for as long as their health permitted, but Sally was equally happy to sit by the ocean, finding pleasure and peace in the sound of waves on the shore.

A memorial service to be held at First Unitarian is planned for the spring of 2022. In Sally’s memory, contributions may be made to the Life on a Star Conference at the Star Island Annual Fund. Information about giving is found at http://starisland.org/donate/. 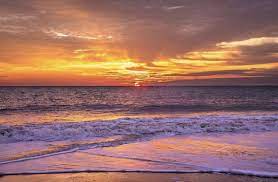 A memorial service to be held at First Unitarian is planned for the spring of 2022. In Sally’s memory, contributions may be made to the Life on a Star Conference at the Star Island Annual Fund. Information about giving is found at http://starisland.org/donate/.

Deborah Swartz writes,
Sending love to the whole family for Sally, an elegant lady who will be missed.
Linda Sanders writes,
I loved getting to know Sally in our “White Fragility” book group. She was a thoughtful and animated participant. I liked going to lunch with her after services on Sunday ( in those days before the pandemic!). I wish I could have spent more time with her bright spirit and intelligent mind. She was well loved by those with the privilege to know her.
Catherine and Dick Palmquist writes,
So sorry to learn of Sally's passing. We were happy to see them return to 1st U., and renew our friendship with she and Aaron. She was an integral part of 1st U for many years, kind, thoughtful, and always with a beautiful, welcoming smile. Our deepest sympathy to Aaron and their family. - Cathy and Dick Palmquist
Irene Plotzker writes,
I have fond memories of Sally from The Highway Ensemble in the 1980's. We were rehearsing a scene from Two Gentlemen of Verona, imaginatively staged on and around the playground equipment on the Arden Green. Our long skirts slowed us to a halt on the sliding board, and Sally got the idea to use Olde English Polish on it. Fastest slide I've every slid down! Some months later, I was in a play while about 8 months pregnant, and Sally was all excited about preparing for the possibility of my having the baby during a performance. I didn't. I also remember a poignant performance she gave (in Back County Crimes?) as a woman whose dreams of seeing classical antiquities in Greece are tragically dashed. An acting-related but real-life memory is her describing to me how, when she encountered Aaron's DuPont colleagues at lunch during a work day, they seemed entirely different people from their social selves. I haven't seen Sally in a very long time and find it difficult to think of her as 87. I offer my condolences to her family and hope they find comfort in many, many happy memories.
Julie Romero writes,
From the Iselin Romero family in RI. We are so sorry for your loss. We have wonderful memories of time spent with Sally and the rest of your family at Star. Sending our love. Julie
Tammy Fareed
Tammy Fareed writes,
Sally was an amazing spirit. I was fortunate to spend the autumn of 1989 as the Hamburgers' guest while interning at Opera Delaware. Sally's zest for life, her way of taking trouble in stride and doubling down on the bright, joyful possibilities, the positive outcomes, the plans for better ways - she was a force of nature in her optimism and determination to make things better. May her memory be a blessing to her family and all of us who were so lucky to know her.
Judy L Kling writes,
Sally and Aaron were such an important part of our former 1st Unitarian Church life. She will be greatly missed.