Robert Samuel Irwin died peacefully at age 86 in Wilmington, Delaware, after a long illness on October 22, 2019. Robert was born in Holywood, County Down, Northern Ireland, to the late Lucinda Ann and George Irwin. He is also predeceased by his six older brothers and sisters (Winnie, Geordie, Madge, Charlie, Cecil, Willie). Cecil and Willie died fighting in the Royal Air Force during World War II.

Robert was raised in Craigavad, attended Upper Sullivan School and the Queen’s University of Belfast, where he earned his B.Sc. and Ph.D. degrees in chemistry. It was during these years that he first spied the prettiest girl he had ever seen – Anne Kensett (“Weetsie”) – whom he married in Bangor, Northern Ireland, on March 24, 1961.

Robert’s first introduction to the United States was at the University of Southern California, Los Angeles, where he did a post-doctoral year as a Fulbright Scholar. He also became life-long friend and traveling companion with his German roommate there. He worked for a year in Cambridge, England, then with the Northern Irish Agriculture Department. He was recruited and hired by the E. I. DuPont de Nemours Company in the United Kingdom to come to the US, to Wilmington, Delaware, as a polymer research chemist.

He and Anne came to Wilmington in 1962, on prolonged temporary assignment, and moved back to Northern Ireland, to the Londonderry Maydown Plant immediately following the birth of their first daughter in 1967. While they were again happily close to family, the violent Troubles were beginning in Derry, pushing them to emigrate permanently to the US. It was always a priority, though, that his family would return to Northern Ireland annually. They always felt lucky, as well, to have a large social circle of British and other immigrant friends in the United States.

Robert spent the rest of his career with DuPont, at the Experimental Station in Wilmington, and retired as a Senior Research Fellow. He was a member of the American Chemical Society and the Royal Society of Chemistry. During his 34 years with DuPont, he was awarded 41 US patents and many more internationally. He was an expert on Kevlar and travelled many times to Europe (often taking his family along), as well as to India and Japan to speak.

After retirement, he stayed close to home, where he greatly enjoyed being with his grandchildren and walking his grand-dog. He always loved history, especially about World War II, and voraciously read and watched anything possible on the subject. He also enjoyed reading action and mystery novels and spent hours doing crossword puzzles and reading the newspapers.

He was a devoted husband and father throughout.

He is survived by his wife of 58 years, Anne Irwin; his daughter and son-in-law Siobhan Irwin and Chris Sontchi; his daughter Lorraine Irwin; grandsons, Jeremy and Andrew Sontchi; and granddaughters, Taylor and Sierra Modesto.

We extend our sincerest thanks to the caring staff at the Cove Memory Center and to our wonderful nurse and aide from Compassionate Care. 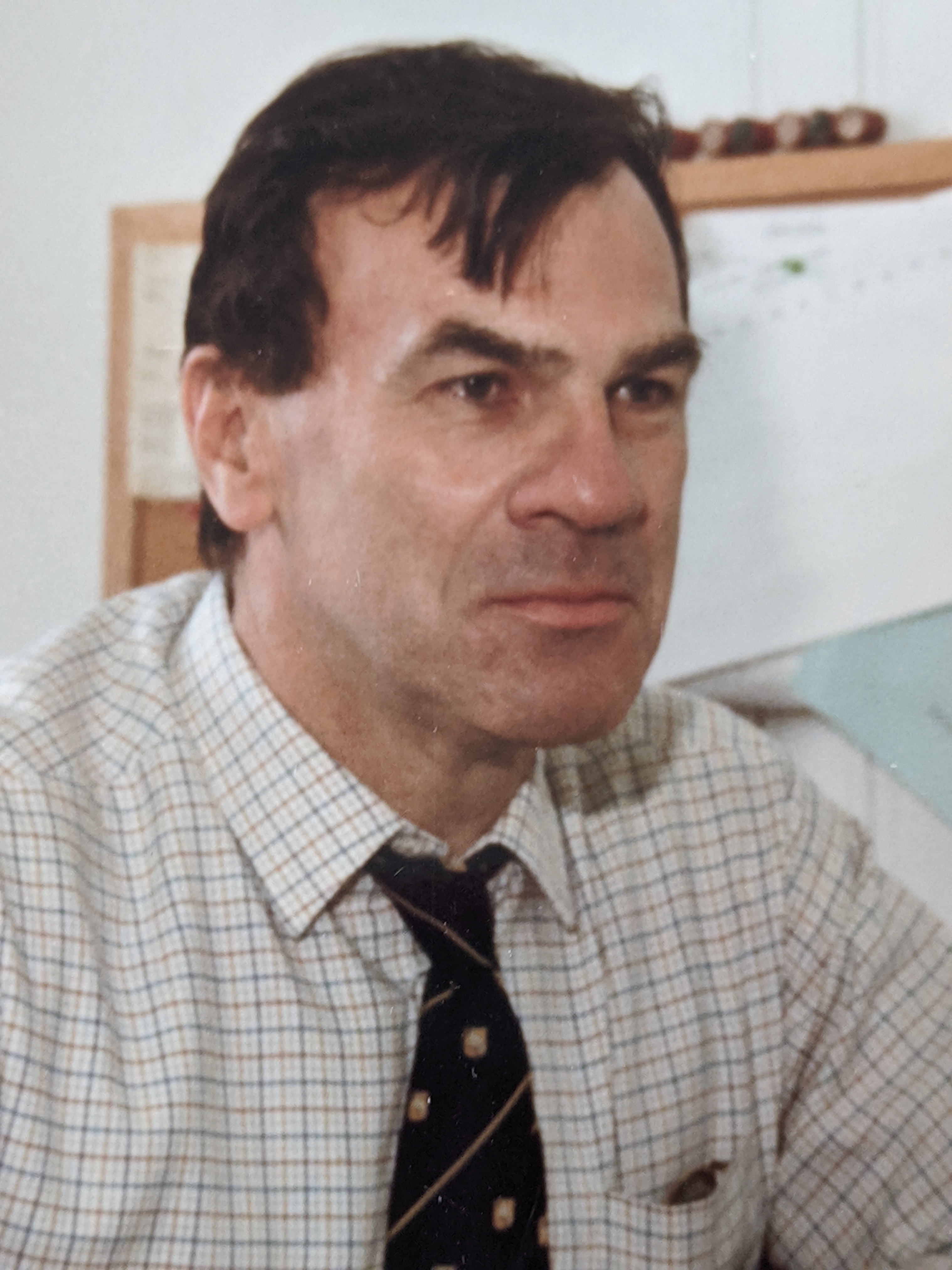 A memorial service will be held on Saturday November 2 at 12 noon. From the Chandler Funeral Home, 7230 Lancaster Pike, Hockessin, DE. Visitation from 11 am-12 pm.

Kelly Cohen writes,
My condolences to the entire Irwin Family. It was a pleasure to know and care for Robert. Thinking of you all and sending our HarborChase love to you all.
Rosemarie Düsel , Hochriesstr. 12 D 83043, Bad Aibling, Germany lit a candle and writes,
Bob has been a very good friend of my husband, Hans Heinrich Düsel, they did a lot of travelling together and in the year 1959 they lived together in L.A. It was a friendship for whole of their life.
Michael Humphrey writes,
Sorry for you loss Ann.
Mike Censurato writes,
My condolences to a great family for your loss.  It saddens me that Robert's illness prevented me from knowing his former self.  His resume points to a life well lived and of real achievements. His passing disrupted the daily supper at Harbor Chase that brought two couples to true friendship as we dealt with the challenges created by the illness.  Cathy and I always sat at the same table with Anne and Robert as we tried to help our respective partners with dinner.  Their company made our daily ritual enjoyable and interesting most days. I greatly miss the good company.
Nalini Advani lit a candle and writes,
With deepest sympathy for your loss . Robert ‘s spirit and his smile will be missed. Nalini
Garry Figuly writes,
I am so sorry to hear of Bob's passing. My sincerest condolences go out to his entire family. I knew Bob for over 35 years as a colleague at DuPont. When I joined DuPont in their Fiber Department in 1981 Bob was one of the first chemists that I met and interacted with. He and I often worked on overlapping programs and he became a mentor and very good friend of mine over the years. I often enjoyed speaking with Bob to pick his brain on many topics of chemistry. We also spoke about our families as we would occasionally share a ride home after work if one of our cars needed repair. I will sincerely miss his wit and wisdom, and again, send my deepest sympathy to his entire family. Garry Figuly
Stephen P. & Betty Sweeny writes,
To all of the Irwin Clan, Our deepest sympathies to you all. Bob was the favorite of my parent's friends. I always enjoyed talking with him at my parent's annual party. He was always a lot of fun. May the fond memories of his productive life comfort you all during this difficult time. Sincerely, Stephen & Betty Sweeny
May Graham writes,
Deeply saddened to hear from Anne that Robert passed away on 22nd October. My friendship with Robert and Anne stretches over 50 years, when I enjoyed their friendship and hospitality both at home in Bangor and in America. I will remember Robert with love, affection and for his academic, experimental and research achievements during his lifetime. Sincere condolences on the passing of my dear friend Robert to Anne, Chris and Soibhan, my god-daughter Lorraine and the four grandchildren from May.
Rick and Gemma Hughes lit a candle and writes,
Ann, our Prayers and Blessings go out to you and your family.
Gary Sontchi writes,
Siobhan and family: We send our deepest condolences to you and your family for the loss of your dad. May God comfort you in this difficult time. Gary and Marlene Sontchi