Robert M. Bouza (Vinny), 85, of Hockessin, DE, died January 24, 2020, at Regal Heights Heath Care where he lived for three years.  Robert passed comfortably and peacefully. He was a long-time member of St. Mary of the Assumption Catholic Church, in Hockessin where he was active in the Sages, Centering Prayer, and Men’s Discussion Groups.  In addition to his church activities Bob was an avid golfer, pickleball player and loved all games and puzzles.

He was born in 1935, in Long Island City, New York, the son of Manuel Bouza and Jennette Constantine Bouza.  He was the middle child of three children; sister Jean and brother William. He married Carole Whalen on January 29, 1955 and they became parents of three boys and one girl. On May 22, 1999, he married Jane Chitty and became stepfather to her two children.

He graduated from William C. Bryant High School and began his 47-year career in banking on Long Island, Manhattan and Delaware. He was employed by Chase Manhattan Bank and Long Island Chemical Bank before founding the Delaware Key Financial Bank for credit cards. He was recognized by American Banker for his many contributions. 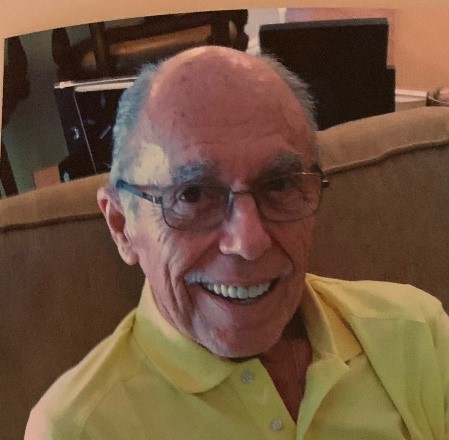 Mary Jane opley lit a candle and writes,
Jane, I was saddened to hear the news of your husband's passing. Although expected it is nonetheless any easier to lose a long-term companion. I hope your will take succor in your fond memories of the happy times your shared. My prayers are with you, Mary Jane Copley (Awakened Heart member)
Nadine Deckman Secor writes,
I started my career in the Credit Card processing industry working for Bob at Key Operations and worked for him for many years. I will always appreciate the opportunities and guidance he provided. I offer my condolences to his family and friends and hope your happy memories carry you through this sad time.
Rose Baxter writes,
I had the pleasure of working for Bob at Key Operations for 12 years. He was the kindest and sweetest man and boss. He felt more like a friend than a boss. He will be missed but never forgotten. My condolences to Jane, his children and extended family.
Mariana Bouza lit a candle and writes,
It is not easy write something. Manuel was familiar with Pedro, my grandfather. So, maybe Robert was a cousin of my Daddy, also Catholic. RIP.
Lisa Perl Greenwood writes,
Praying for Gabrielle and her family. I was always amazed at her wonderful parents and still have a crocheted blanket her Mom made. Bob was a wonderful, warm and friendly man and surely will be missed by all that knew him. Much love, Gabrielle....Lisa