Bob was born in Minneapolis, MN in 1924, the only child of Henry and Ida Mae Checkel.  Upon graduation from Dodge Center High School, he attended the University of Minnesota, where he was in the marching band, played football, and pursued a degree in Chemical Engineering. His studies at Minnesota were interrupted by service in the US Army from 1942-44 during World War II. Returning to Minnesota, he completed his degree in Chemical Engineering in 1948, and began his 38-year career at the DuPont Company in Clinton, IA.  In 1951, he was transferred to the Engineering Research division at the DuPont Experimental Station in Wilmington, DE.  He met his wife, Jeanne Taylor, in Wilmington and they were married on October 9, 1954. He was transferred to Los Angeles, CA in 1962 for two years, and then returned to Wilmington to finish out his career with DuPont.

He was a 63-year member of Westminster Presbyterian Church, having served as a Junior High Sunday School teacher, Stephen’s Ministry Leader, a Deacon and Elder, and from the time he retired until he was 95, he volunteered in the Church office. He was active in the Edgewood Hills Home Owners Association and served as their treasurer. He was a trumpet player in the Rhythm Doctors Orchestra from 1953-62. 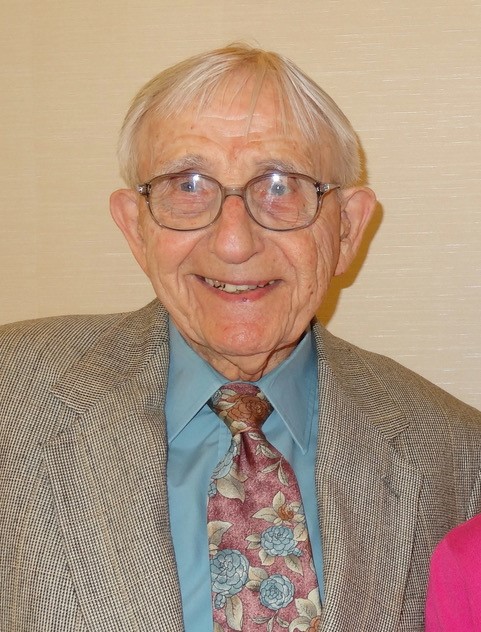 A Memorial service will be held at Westminster Presbyterian Church, Pennsylvania Avenue and Rodney Street in Wilmington, on Saturday, August 17, at 11:00 am followed by a reception.

Terry Wright writes,
So sorry to hear about Mr. Checkel's passing. He was such a genuinely kind, down-to-earth man. Sincere condolences to all the Checkel family.
Michael Russo writes,
So sorry to hear of the passing of Mr. Checkel. My Condolences to the entire Checkel family. Some of my fondest childhood memories were made in your home and backyard. I’ll always remember the way Mr. Checkel tried his best to get grass to grow in his shaded backyard at the same time we were tearing it up playing kickball and baseball.
Barbara Higgins writes,
Jim and I extend our deepest sympathy to the Checkel family, having just read of the death of husband and father Bob at the end of May.