He was born in 1939 in Philadelphia, Pennsylvania to the late Elmer F. Collom and Christine West. Bob graduated from Southern Philadelphia High School in 1957. He honorably served in the United States Navy from 1958-1962. In 1969, he became part of the Philadelphia Local Carpenter’s Union 1050. Bob had been an active parishioner at Church of the Holy Child since 1988. Sir Knight Robert Collom, Sr. was a 4th Degree Knight, as well as a past Grand Knight Faithful Navigator for the Knights of Columbus Holy Child Council 12190.

Those that had the privilege of knowing Bob knew his deep love for his faith and his family. He was also unmistakably proud of his Philadelphia roots, as shown by being a passionate fan of the Phillies, Flyers and Eagles. He was an avid fisherman for years and spent much time fishing down at the Jersey Shore.

In lieu of flowers, the family requests that donations be sent to the American Cancer Society, 1818 Market Street, Philadelphia, PA 19103. 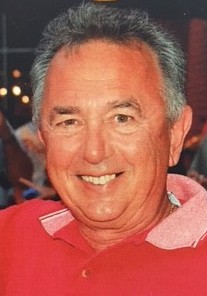 Greg Gialloreto writes,
Bob so sorry for your loss. Your families in my thoughts and prayers in this difficult time. Take care.
Laura Cody writes,
I was so sad to hear about the loss of your father. Sending prayers your way. I know you have a lot of great memories of him — I hope they comfort you. I remember some of the travel stories with your parents you used to tell us about. Those will always be special memories for you to hold onto. I lost my Dad many years ago and my Mom about a year ago so even though you know that their time will eventually come, it doesn't make it any easier. You will be in my thoughts as you go through this.
Allen Collins writes,
Bob, very sorry for your loss. Good thoughts coming your way to your family from mine.
Marianne Hoffman Pena lit a candle and writes,
Gerry, May you and the family keep the good memories close to your heart. My prayers for you all. Fondly Marianne
Gary Sprague writes,
Sorry to hear of your loss. My sympathies to you and your family at this sad time.