Richard Damon Bugbee, 85, died at home on Wednesday, September 2. He was preceded in death by his wife of 59 years, Ann Lee Smith Bugbee, and his siblings Katherine Ives Bugbee and Stuart Jonathan Bugbee, Jr. He is survived by his two daughters Elizabeth Bugbee Abrahams of Devon, PA and her sons, Nathaniel and Benjamin, and Sally Bugbee Keidel and her husband Phil, of Villanova, PA and their children, Charlie and Maggie. He is also survived by sisters-in-law Ivy MacMahon and Victoria Guy Smith Schilling and numerous nieces and nephews. He was born in Charleston, WV to Edith Ives Damon and Stuart Jonathan Bugbee.

In 1961, he married Ann Lee Smith in Cambridge MA. Over their 59 year marriage, Ann Lee and Dick established many friendships in Red Bank NJ, Wellesley, MA and Camp Hill, PA before settling in Wilmington, DE. Dick had a fulfilling 35 year career with the DuPont Company specializing in the Photo Products Division with expertise in product development, sales, personnel and human resources. Upon his retirement, he worked at Right Associates providing career transition support and then, ultimately, began his dream job at Brandywine Ace Pet and Farm in West Chester, PA. He had always wanted to work at a hardware store – to be a resource and help people with their projects. At Ace, he found a second family with the loving and supportive team. He thrived on helping customers for over 10 years find the “just right” solution for their problem or question. His work at the hardware store sustained him after the death of his wife, Ann Lee, this past November.

Dick was committed to giving back and supporting others. He enjoyed working on homebuilding with Habitat for Humanity and driving for the Red Cross of Delaware. He was an active member of Trinity Episcopal Church for over 40 years and drew on his deep faith throughout his life. He found fellowship with others in the four-year Education for Ministry theological education program, and served as a Lay Eucharistic Minister and usher. Dick loved spending time with his family and Damon family relatives in their 1890 cottage on Heron Island, ME as well as boating and playing in the island’s annual tennis tournament. Islanders affectionately called him Buck Digbee and appreciated his good cheer and wonderful spirited conversations. He was one of the Heron quartet who gave fantastic impromptu acapella concerts from the post office porch during the island clambakes. He also enjoyed annual summer visits to his wife’s parents’ 1770 farmhouse in Bridgewater, NH and spending time with them and his extended family there, helping with woodcutting and repairs to the old house. His canine companions over the years, Penny, Scruffles and Winnie, were always by his side keeping him company.

Dick, also known by his preferred nickname of “Ned”, enjoyed hobbies including working in the yard, woodworking, tinkering around the home, and re-caning chairs. He loved spending time with his daughters and grandchildren, providing advice and counsel, watching them play sports, discussing a myriad of topics from current events to history and politics and passing on his handyman skills. His favorite way to relax was reading bestsellers and the entire Sunday New York Times, along with a big bowl of popcorn. Known to be loquacious, he would engage in conversation and epic storytelling with anyone who would listen. Ned had a special knack for joke telling and being able to span the generations with his puns, riddles and stories.

Due to current Covid-19 restrictions, the family will hold a private service at Trinity Episcopal Church on September 12, 2020 which will be live streamed. To join the live stream at 11:00 am, please visit www.facebook.com/trinityparishde. In lieu of flowers, the family suggests contributions to Habitat for Humanity of New Castle County, 1920 Hutton Street, Wilmington, DE 19802 or Trinity Episcopal Church 1108 N. Adams Street, Wilmington, DE 19801. Please note on the memo line “In memory of Richard Damon (Dick) Bugbee.” 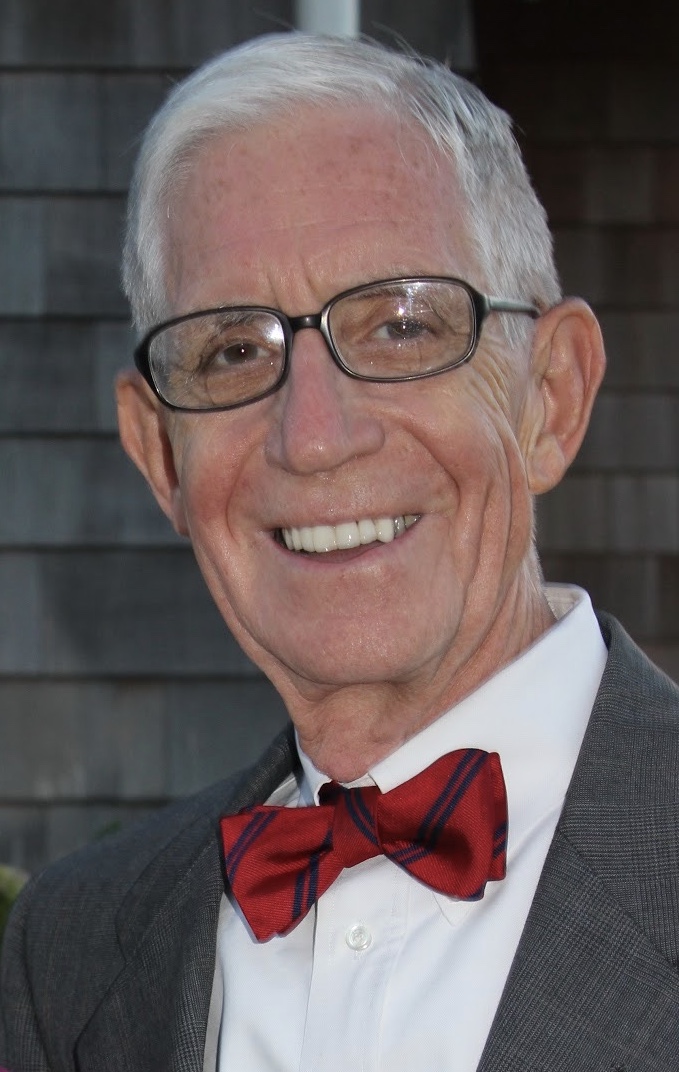 Due to current Covid-19 restrictions, the family will hold a private service at Trinity Episcopal Church on September 12, 2020 which will be live streamed. To join the live stream at 11:00 am, please visit www.facebook.com/trinityparishde.