Richard C. Porter II, better known as Rick, died on June 6, 2021, at Christiana Hospital at the age of 80, after courageously battling cancer for nearly two decades.

Rick was born in Wilmington, Delaware, on June 15, 1940, to Elizabeth and William H. Porter. He attended Ursuline Academy and went on to graduate from The Tower Hill School in 1958, and continued his studies at the University of Delaware and American University. In 1960, he joined the Army and served 13 months in S. Korea. He was stationed at Ft. Jackson in Columbia, South Carolina, where he met the love of his life, Betsy, who was from nearby Aiken, South Carolina.

Rick then joined his father in the automobile business at Porter Chevrolet in Newark, started by his grandfather in 1925. He went on to grow the family business and at one point, owned twelve dealerships throughout Delaware, New Jersey, Pennsylvania and Florida.

Rick grew up fascinated with horse racing and his parents would frequently take him to Delaware Park as a young child. His love of thoroughbred racing led to the launch of Fox Hill Farm Stable in 1994. Horse racing became his true passion in life, and his stable campaigned 20 graded stakes horses and multiple champions, including Havre de Grace, Songbird, Omaha Beach and Eight Belles, to name a few. Rick became well-known in the world of racing, running in many Triple Crown races, as well as winning three Breeder’s Cup races. Equally noteworthy as his list of outstanding horses was his stewardship over his stable. He believed in taking care of his horses, first and foremost, which led to his founding of the National Thoroughbred Welfare Organization (NTWO). To date, and as part of his legacy, the NTWO, has found new homes for over 250 at-risk horses. Rick’s Fox Hill Farm has become synonymous with the ethical ownership of thoroughbred race horses.

Rick was very involved in several charities, many of which benefit our veterans. In the 2013 Kentucky Derby, he hosted four WWII veterans as his guests to see his horse, Normandy Invasion, “Run for the Roses.” Perhaps fitting, Rick passed away on the anniversary of D-Day, to which he named several horses to honor that heroic battle.

Rick was a loving and devoted husband and father. He is survived by his loving wife of 59 years, Betsy, and three children: Cory Porter (Leslie Porter), Tracey Aleman (John Aleman), and Scott Porter (Inci Porter.) He is also survived by 7 grandchildren and one great-grandchild.

In lieu of flowers, donations can be made to The Wounded Warrior Project (www.woundedwarriorproject.org) 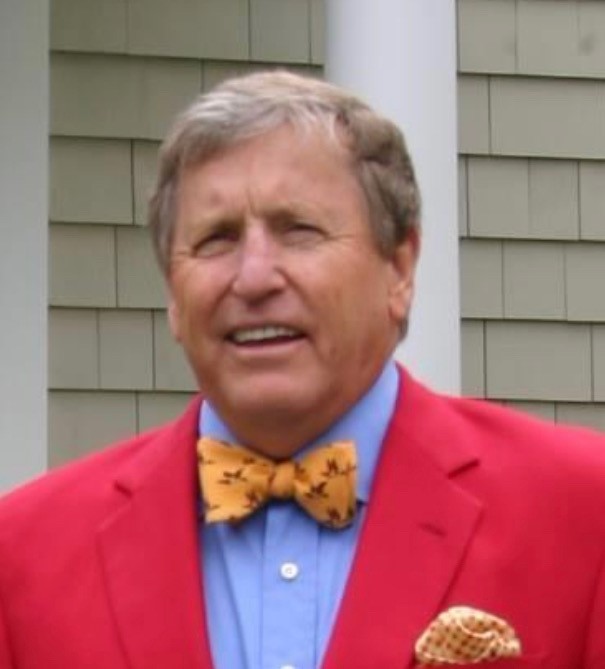 Michael A Henny writes,
My sincerest condolences. We worked hard and played hard together. Never a dull moment. He will be missed.
Renitia lit a candle and writes,
Rest in peace.
Carla Veltre Andrews lit a candle and writes,
Rest In Peace my dear friend. You were so brave and never gave up. Your bravery, honesty and compassion to all creatures great and small will never be forgotten. Will miss you Rick! Love, Carla Andrews DVM
T.C. writes,
Thank you for having confidence in me and giving me a career I'll never forget. I will always admire your passion and courage. You fought a good fight. R.I.P. Schumacher...
Scott Champagne writes,
Gone too soon but his life & legacy live on. My condolences - you're all in my thoughts...
Jean N Fritz writes,
My deepest sympathy to the Family and Friends of Rick Porter. He always took great care of his horse, while they were racing and then when their racing days were over. He had events for the fans and kept the fans informed on Facebook and the Fox Hill Farm website. Thank you for all the wonderful years of sharing your horses with the fans. Love and prayers. Jean Fritz
John TC Megahan lit a candle and writes,
Rest in peace to one of the kindest and committed man I have ever met. Your character and integrity was an inspiration to so many. Thank you for including me in the special memories of the horses and teaching me to much. You are already missed tremendously. Heaven has gain a real good guy. TC
AL Leonhard writes,
One of the most interesting and dedicated people I have had the honor and privilege to know and work with. My deepest sympathy to Betsy and Rick's family.
Janice Samson writes,
I’ll always remember Rick as one of the nicest people I’ve ever met in my career. Rick will always have a special place in my memories along with Betsy. My deepest sympathy to Betsy and his family.
Tim Porter lit a candle and writes,
R.I.P. Grandad. We love you and will always miss you. Love, Tim
Dana Ryan writes,
My prayers go out to the family and Fox Hill Farm. I met Rick at the 2019 Breeders Cup. His love of racing and caring for horses has inspired me as it has many others. A special man.