Born in Elkton, MD, Regina was the daughter of the late Aloysius Woerner and Helen Dunn Woerner. She graduated from Padua Academy in the class of 1962, and attended the University of Delaware. Regina worked at the DuPont Company for over 30 years and retired there in 2002.

Regina enjoyed cooking, painting, playing golf, and travelling, especially to Martha’s Vineyard and Williamsburg. She was devoted to her family and friends, and will be missed by all.

All services will be private. In lieu of flowers, please send donations to the Ronald McDonald House, 1901 Rockland Road, Wilmington, DE 19803. 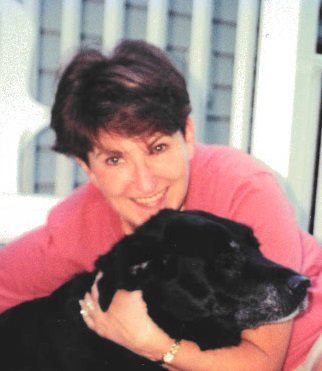 All services will be private. In lieu of flowers, please send donations to the Ronald McDonald House, 1901 Rockland Road, Wilmington, DE 19803.

Hall-Burman Family lit a candle and writes,
We are thinking of you all. So many wonderful memories with Genie over the years. Spending time at the Dewey Beach house and wonderful dinners at her house to name a few… She will be greatly missed.
Sharon Doris Ferguson lit a candle and writes,
I am sending everyone in the family all my condolences 💐 on the loss of your sister + to all the other people in the family. I am really shocked to hear about this news. I have been in the family for many years + she will be greatly missed. I am really sorry for all her children, Grandchildren + all the Great Grandchildren. She will definitely be greatly missed, I will miss her at all the family function’s, she was loved just as my Sister Elaine + her husband (John, which is her wonderful brother). God Bless All the family members, I loved her also. I am broken-hearted for your loss.
Joe and Jean writes,
One of our best friends as well as a terrific sister and sister by marriage A truly special person who always was supportive of everyone We truly have another angel in Heaven
John Woerner writes,
Aunt Genie brought such light and love to everyone she met. She was always so happy and spread her joy for life. She will be so dearly missed. Our Prayers for all.
Mary Cofrancesco DiVirgilio writes,
So very sorry for your loss. My sincerest condolences to the entire family. Fond memories of our days at Padua Academy. May Regina Rest in Peace. Mary Cofrancesco DiVirgilio Class of 1962
Suzanne T. Flickinger (nee Taylor) writes,
My dear Padua classmate, I was stunned to read about your death in Sunday's News Journal. Just before I left for Lewes for a week, you, Susie and I had planned to have lunch at Stanley's, until the weather disagreed with us. Now I wish we hadn't cancelled so I could have enjoyed your company one more time before God called you home. I will miss you, dear friend. Our Padua lunches won't be the same without you.
Catherine Rizzo Osborne writes,
My thoughts and prayers are with your family. I have very fond memories of you at Padua and at recent lunches. May you rest in peace.