Balan completed his masters in Science Management in 1976, after coming to the U.S. and worked for Merrill Lynch for over 25 years.

He was a dedicated Husband, Father, Grandfather, Brother, and Son. He was a leader in the community and was dedicated to the temple and his faith. He used his kindness to help so many others who came after him to America.

He lived in Briarwood, Queens, New York for 45 years and then retired to Newark, Delaware in 2016.

Balan is survived by his wife, two sons, and three grandchildren. He will be greatly missed. 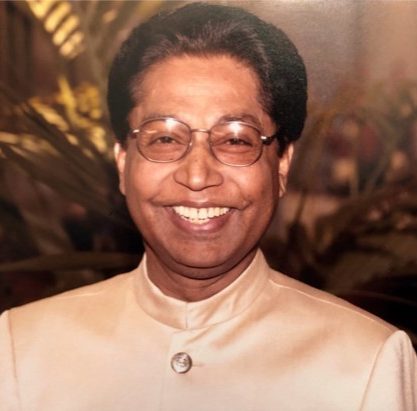