Phyllis was born in Philadelphia, PA, and was raised with three brothers and one half-sister. She attended Girls High School, graduating in 1946; she was a proud Girls High alumna and maintained lifelong friendships with classmates from those years. After graduating from Kutztown State Teachers College, Phyllis taught in the Philadelphia School System, following in the footsteps of her parents, who were both educators. She married William E. Shone Jr. in 1951 and started a family, and her full-time teaching came to an end. However, when her children were older, she returned to teaching and became the quintessential substitute teacher, relishing that role for many years to come.

Phyllis was fun, thoughtful, and caring. She was quick to share her smile and sense of humor with everyone. She was deeply compassionate and beloved by friends and family alike. In the family tradition, at the age of 91, her hair was just starting to go gray.

Phyllis had four children, seven grandchildren and three great-grandchildren, who were the loves of her life. In 2017 she lost Bill, her husband of 65 years. Despite this loss, she experienced joy and strength in her final years. Last winter, Phyllis spent loving hours in the kitchen with four generations of Shone women baking Moravian sugar cakes, a beloved family holiday tradition passed down from her mother Helen. She was also a lifelong accomplished knitter, creating Christmas stockings and sweaters and more for all of her family.  Phyllis also enjoyed playing the piano.

Throughout her lifetime, Phyllis supported several organizations, including the Girl Scouts of America and Lutheran Community Services, with her philanthropy. She also valued service, volunteering at various organizations. Phyllis will always be remembered and deeply missed by all who knew her.

The family wishes to extend its sincerest appreciation to the wonderful staff at Stonegates, and to Sue, Charlene, and Laverna at Home Instead. 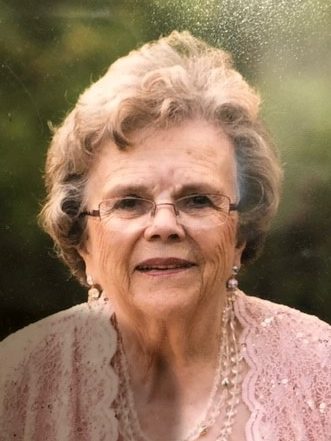 A private family memorial service will be held at Lower Brandywine Presbyterian Church.

Chris Ginnard writes,
Dear Debby and family, Thoughts and prayers are sent to all of your family. May you be blessed by wonderful memories of your Mom and a life well-lived. Chris Ginnard I’ll always remember the days she spent in our classroom. The joy on her face as she worked with the children said it all!
Judy lozier writes,
Debby, thinking of you and your family...❤️
David Fye writes,
John and family, very sorry to hear of the loss of you mother
Anna Cline writes,
So sorry to hear of your Mother’s passing, John. May her memory always be a blessing.
Steve and Kathy Stirparo writes,
Dear Susan, Michael, Debby and John, You and your families are in our thoughts and prayers as you go through this difficult time of releasing your mom into the hands of our heavenly Father. We and our family have wonderful memories of both your mom and dad, and their kindness and generosity to us in so many ways over the years. Although this is a time of mixed emotions, we know that Mrs. Shone is now reunited with our Lord Jesus Christ, Mr. Shone and her loved ones who have gone before her, and that you can be assured that this is only a temporary parting and that you will see her again. Sending much love your way, Steve and Kathy Stirparo and family
Phylis Williams writes,
So sorry to hear of Phyllis’ passing. I was always so fond of her and Bill. They were both wonderful people. Thoughts and prayers to the family. Phylis Williams
tom palmer lit a candle and writes,
Mike, John & family, what a great lady. Angie & my thoughts & prayers are with you all. Sincerely, Angie & Tom Palmer
SUSAN FLETCHER lit a candle and writes,
To Susan, Michael, Debbie and John and family, So sorry for the loss of you mom. She was a wonderful person inside and out. I enjoyed working for her. She and I became friends. I always love going to the spa and getting our nails done, and many other things we did. I will surely miss her. God Bless you all. She is now with the family that passed before and they are all not suffering. They are all in the Lord’s hands. My thoughts and prayers are with you all.
William G Pyatt lit a candle and writes,
I hold many fond memories of Aunt Phyllis. Being included in Shone cousin gatherings during our trips back East during my childhood still evoke fond memories. I also enjoyed extended visits with your family when we returned to the area for Mema Pyatt and Monroe Pyatt's funerals. There was at least two visits when I was a guest student at American University in DC during the fall of 1974. That also included being their guest for Thanksgiving Day that year. On my last trip out East for Betty Dodge's BD gathering, I was able to enjoy a two day visit with Bill and Phyllis at their apartment. I'll cherish all my Aunt Phyllis memories. Bill
SUSAN FLETCHER writes,
To all the family, I am so sorry for your loss. Mrs. Shone was a wonder person, friend and just a beautiful person inside and out. I will truly miss her; I was honor to work for her. God Bless you all. You all are a wonderful family.
Joanne Mackay lit a candle and writes,
My sincere condolences to the Shone family. I became friends with Phyllis through her volunteer work at the Visitor's Center. I have been thinking about her and just yesterday morning I wrote out a Thinking of You Card. I wanted to let her know that I was thinking of her. And that I was looking forward to having a lunch date with her again. I am sad that she is gone. But at peace that she is now reunited with Bill. May she rest in peace.
Mike Maier lit a candle and writes,
We are sorry to hear of your Mom's passing. Our thoughts and prayers to all of your family. Love, Mike, Bonnie, Trudy Maier
Jeannine J Warwick writes,
Sue, Jim and I wish to express our condolences on the loss of your mother. I have such wonderful memories of spending time with both your mother and father at family dinners, graduations, weddings and holidays and so fortunate to have known them for over 50 years. Your mother was interested in other people, their lives and always inclusive. She contributed much to the education and service to others. Our thoughts and prayers are with you and your family at this time.
Rose Roberts lit a candle and writes,
My thoughts and prayers are with your family. Phyllis was such a joy to have as a friend. I always enjoyed our lunch dates and the fun we had getting together. With my deepest sympathy. Rose Roberts
Charlene Jeanes writes,
Mrs. Shone was a bright light in my life. She show me how to knit a prayer shawl. My prayers to her family at this time.
Charlene Jeanes lit a candle and writes,
Prayers for the family. She was a pleasure to be with. Phyllis taught me how to knit and made me smile each day.
Carmen & Carol Micucio Jr lit a candle and writes,
Thoughts and prayers for the family. Will be deeply missed. Always had a smile and warmth for us. Will always hold a spot in our hearts, for Mrs.Shone. She’ll always be the Grinch, that made Christmas!