Philip Edmund Ebert of Kennett Square, PA, passed away at Chester County Hospital on Thursday, November 19 at the age of 91. Formerly of Chadds Ford, PA and Wilmington, DE, he had been a resident of Kendal at Longwood Retirement Community for almost three years.

Phil was born in 1929 in Milwaukee, WI, son of Lutheran Pastor Edmund Philip Ebert and Elsie A. Ebert. He graduated from East Troy High School in 1947 and spent the next two years at Valparaiso University in Indiana before transferring to Purdue University to obtain a BS in Chemical Engineering in 1951. He was briefly employed at Hercules Powder Company in Wilmington, DE, before being drafted into the Marine Corps. While serving in Japan, he was promoted to First Lieutenant before being honorably discharged in 1954. Taking leave from his prior employment at Hercules, he enrolled in Graduate School at the University of PA and obtained his PhD in Organic Polymer Chemistry in 1960.

Phil then began his career with E.I. DuPont de Nemours & Co. in Wilmington in Textile Fibers as a Technical Marketing Associate. Dealing with carpets, apparel and fiber and fabric development, he became a global technical authority for Cordura® nylon in apparel, leisure, industrial and upholstery applications. Following retirement in 1996, he worked as an independent consultant and was appointed as a member of the Natick Army National Research Council.

Since Phil had a lifelong interest in music, he joined the chorus of The Brandywiners in 1955 while at U of PA, and was partnered with Nancy Peterson by Chick Laird, Brother-in-Law of Pierre S. duPont, and Director for the production of “The Red Mill.” That partnership led to a sixty-three year partnership in marriage. Both Phil and Nancy remained active in musical groups throughout their marriage. They enjoyed traveling and visited many places including China, Japan, Scandinavia, Germany and Hawaii. His interest in nature and especially in birds led him to work with a good friend at Longwood Gardens in preserving and enlarging the Bluebird population.

Phil had a deep Christian faith and was a member of Concordia Lutheran Church in Wilmington for over sixty years. He served in several roles, ranging from President of the congregation to Sunday school teacher to Choir member. He and Nancy spent several years as readers of Bible stories to Concordia’s Pre-School children. Phil also led a Bible class at Sojourner’s Place for the homeless in Wilmington.

Phil is predeceased by his parents as well as an infant son, Jeffrey Philip Ebert. He is survived by his wife, Nancy Peterson Ebert, and by his daughter, Karen E. Roosa (James), his son, Douglas E. Ebert (Julie), his sister, Naomi E. Frensz (Phillip), his nieces, Kathryn Frensz Macauley and Elizabeth Frensz Swenson and his three grandchildren, Kate Elizabeth Roosa Habegger (Michael), Andrew James Roosa and Lydia Katherine Ebert. Always a gentle, kind and loving person, Phil will be dearly missed by his family and many friends. 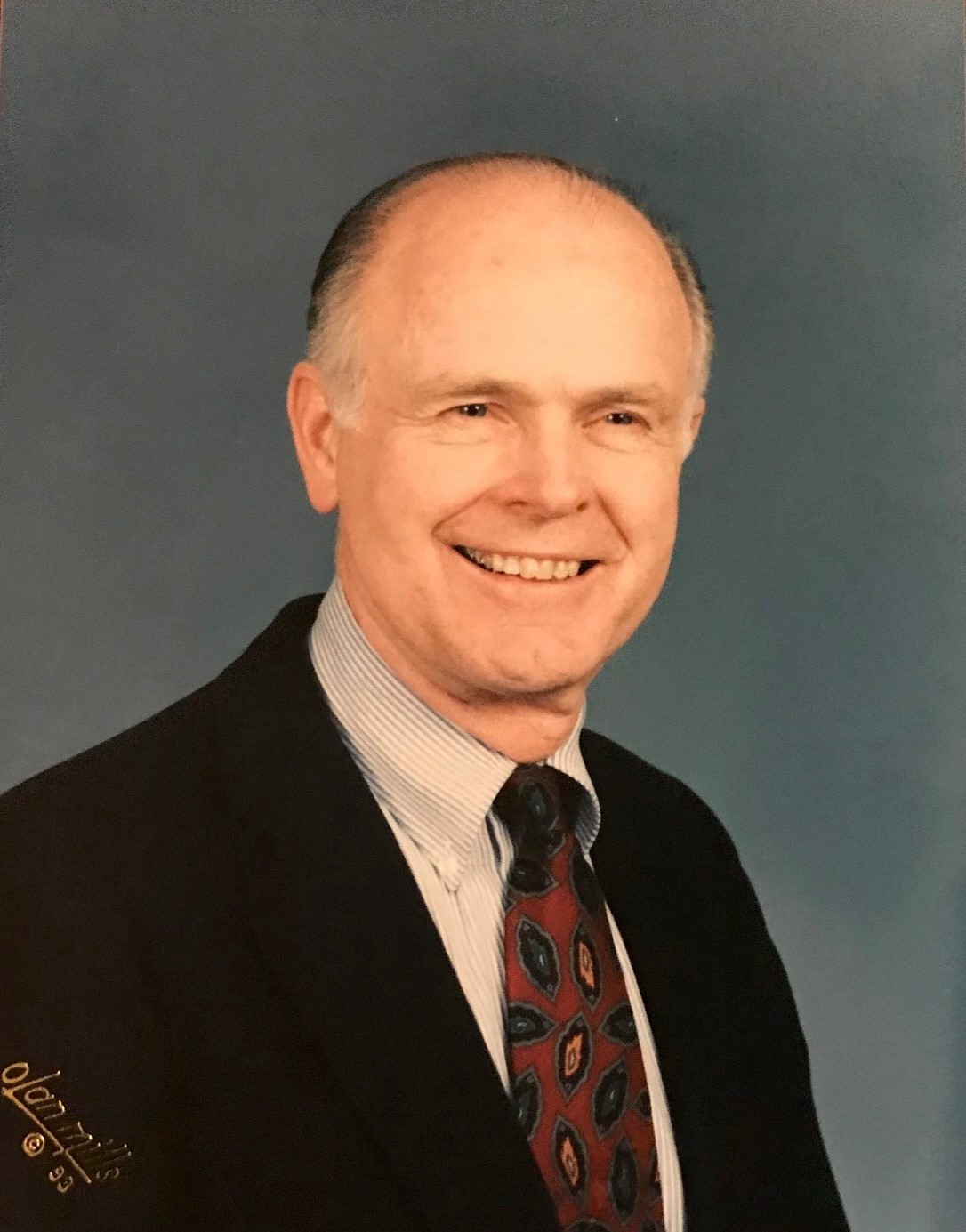 A memorial service and interment will be held privately and a Celebration of his Life service will be held in the future due to the Covid-19 Pandemic. In lieu of flowers, memorial gifts can be made to Concordia Lutheran Church at 3003 Silverside Road, Wilmington, DE 19810.

Brian Scheetz lit a candle and writes,
Nancy, Karen, Doug and family - On behalf of my wife Barbara and our family, I wish to extend my sincerest and deepest condolences at this time. I will forever be thankful for the kindness, friendship, and spiritual guidance Phil and your entire family provided me, and all of those who celebrated God's glory at Concordia. My thoughts and prayers are with you all - may God bless you in this most difficult time. May the peace of knowing he is with our Lord comfort you all. v.r., Brian and Barbara Scheetz
Mike Barker lit a candle and writes,
I remember Phil fondly from the time we were together in Contact- Wilmington. He and I often worked the overnight shift, and would fill in for one another when needed. His deep faith in Christ was evident, and his commitment to Contact was exemplary. Blessings to the entire family as you celebrate memories and honor his legacy.
Bill and Jan Klemme lit a candle and writes,
Cousin Janet and Bill Klemme (NH) lit a candle.and write: To know Phil was to love him! He was a model of what a Christian man should be - in all ways! He radiated God's love in word and action and will be remembered by all for his kindness and gentle spirit. We loved being the recipients of their hospitality on the way to or from Florida! Longwood Gardens and the Andrew Wyeth Museum stand out in our memories - and even a visit to the emergency room! Our hearts go out to Nancy in her lonliness after so many years of marriage. We send our condolences to Karen and Doug and their families as well. Love, hugs and prayers! 💕 🙏
Ed Fasig writes,
Dear Nancy, I am so sorry to hear the news. God bless you and your family and friends. I always enjoyed time with you and Phil and always recognized how special he was. You are in my thoughts and prayers. Edgar
Tim Wilson lit a candle and writes,
I had the great opportunity to work with Phil in the DuPont Cordura business in the 1990's. He was a fantastic mentor both in and out of work. I very much appreciated all of his "war" stories when they be about the war, business, family, music or Longwood. He will be missed but the memories live on!
Christine Bader writes,
Worked with Phil for many years at DuPont. He was a kind and caring person. My condolences to all his family and friends.
Don and Donna Hunt lit a candle and writes,
Phil was the epitome of a kind and classy man. So smart but talking with him was so easy and delightful ...... always interested and interesting. He shall be missed by our entire extended family. Our thoughts are with Nancy and family.
Len Stevens
Len Stevens writes,
Phil was one of the best people I ever met. He had great knowledge and willingly shared it to help others. He always had a positive attitude and that was infectious. I always looked forward to getting his insight on things I was working on. He helped me many more times than he was aware of. He will truly be missed.
Ann Shadduck writes,
It is with sorrow that I have read about Phil’s passing. It is with gratitude that I remember this most gentle man. My thoughts and prayers go out to Nancy and her family, especially at this time of thanksgiving. May all those whose lives Phil has touched give thanks for having known him.