Patricia Ann (Tansey) Hagarty was born in 1938 in Summit, New Jersey at the Overlook Hospital. Patricia died on March 10, 2020 at Manor Care – Pike Creek in Wilmington, Delaware. She was 81 years old. Patricia died peacefully in her sleep.

When Patricia was young, her family moved from New Jersey to New Castle, Delaware where she graduated from St. Peter’s High School in 1956. Patricia was a homemaker and the mother of three children while also working as a reader at Delaware’s General Assembly in Dover. Patricia was active in local politics and volunteered her time with the Girl Scouts/Brownies and the American Cancer Society.

For many years, Patricia studied painting under Ed Loper, Sr. and traveled to Maine, Quebec and Italy to paint many beautiful still lifes and landscapes.

Patricia started her career as a Secretary with Catholic Charities in Wilmington, then went on to spend many years with the Hercules Chemical Company, St. Francis Hospital and the A.I. DuPont Children’s Hospital until she retired at the age of 74.

Patricia was the daughter of Virginia and Edmund Tansey and is survived by her brothers William J. (Ann) Tansey and E. Bruce (Sally) Tansey. Patricia was predeceased by her younger brother Michael Tansey. Patricia is also survived by her daughters Karen (John) Redden, Maryanne Sharp, and Heather Lavelle; two grandsons and a granddaughter; three nieces and a nephew; great-nieces, great-nephews and many friends. 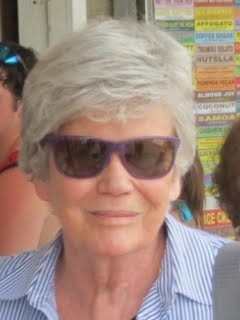 Linda Tanner lit a candle and writes,
I can't believe my friend is gone. We became friends when Pat started working at Hercules. After moving on to other jobs we remained friends. Pat, Neun and I often met for dinner. I will miss her dearly. I'm glad I got to visit her when she was at Manor Care. RIP sweet angel.
Rosemary and Joe Kelly writes,
We were saddened to hear of the loss of your beloved mother, and our dear old friend. We think of her now and the many fond memories we gathered from knowing her. Our thoughts and prayers are with you at this difficult time. God bless, Rosemary and Joe Kelly