Patricia Ann Alfieri passed away at Christiana Hospital on Sunday, September 29, 2019. She was preceded in death by her parents, John and Patricia Callahan of Wilmington and her beloved husband, Mauro (Butch) Alfieri of Wilmington.

Pat attended St. Thomas Grade School and St. Elizabeth High School (Class of 1962). She was a supervisor at the Wilmington Telephone Company after graduation. She married Butch Alfieri in 1966, and they had six children. She returned to the workforce after the death of her husband as an administrative assistant at Daniels and Tansy. She treasured her times at the family beach house in Wildwood Crest, NJ, enjoying “pasta on the porch” with her children, grandchildren, and all of their friends. She will be sorely missed by all of her friends and family. 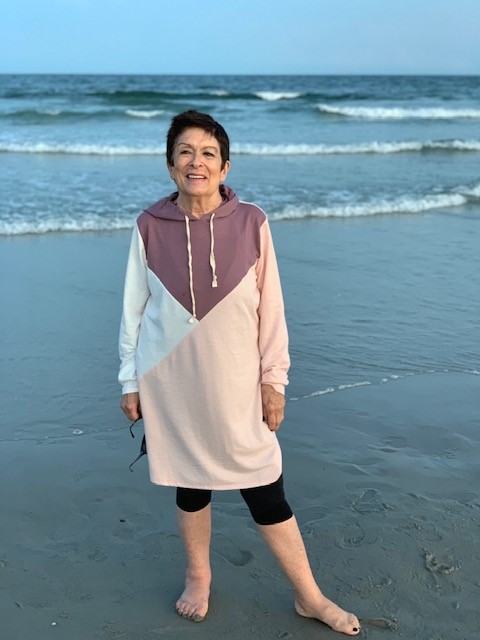 Mass of Christian Burial will be offered at 11:30 am on Saturday October 5, 2019 at St. Helena’s Catholic Church, 602 Philadelphia Pike, Wilmington. Friends and family may visit at the church from 10:00 – 11:30 am. Interment will follow Mass at Cathedral Cemetery.

Beth Masci writes,
So sorry to hear of the loss of your mother, Pat. She was such a nice person. I know she will be missed by all her family and friends. I know the many great memories you have of her will help you through this sad time. Prayers and good thoughts to her family.
Bill Sowden writes,
I graduated from St. Thomas's with Pat in 1958 and from Salesianum with Butch in 1962. We were friends but did not see each other very often because our careers took us in different directions. We did however see each other dining at the Rodney Square Club. Pat and Butch were fine people I was proud to call my friends. Please know that your families will be in my thoughts and prayers. Unfortunately I will not be able to attend Saturday's services because I will be out of town. Take care and God Bless.
Elaine Steinbacher lit a candle and writes,
No one loved her family more. She will live on in her six children and their children. How wonderful to come to the end of one s life and be so loved!! Pat is now with her Lord and will wait to greet her children once again. A beautiful life story and an even better ending for her as a devout Christian.
Michael Kline writes,
The loss of a loved is always a challenging time. We are sad that we no longer have them to share in our lives but knowing they are at peace in heaven brings us an inner joy. Keeping you all in my prayers.
Joan Becker lit a candle and writes,
Nic and John- I was heartbroken to read this today. Im so sad for u and all your family. My thoughts are with you at such a difficult time. Cherish all the memories💔 Love to you, Joan and Gia