Melinda Chang Burton, mother, grandmother, and friend, died at her home in Wilmington, DE, surrounded by love. She was born in New York City, and identified as a “real New Yorker.” After graduating from Walter Johnson High School in Bethesda MD she earned her B.A. Degree in History at Gettysburg College and her Masters in Rehabilitation Counseling from the University of NC, Chapel Hill. She worked in Philadelphia as a Rehabilitation Counselor, and then taught at Widener University in Wilmington Delaware as well as at University of Delaware, volunteered with League of Women Voters, ultimately leaving her career to raise her children and to care for her parents.

Melinda was a voracious reader and prolific storyteller. She had the ability to see each person as the hero of their story, and to empower them to be the best version of themselves. Her keen insight meant that if you needed a situation analyzed, she could partner to lay it out and work through things logically. Her wit meant that even in the face of the most difficult challenge, at some point, she would help you to see what was funny about it. Her imagination could help you get out of your current moment, so that you could see underlying truths that might otherwise be lost in the minutia. Her kindness meant that her humor empowered and did not belittle.

Melinda was expressive, not just with words, but in gesture and expression – a wiggle of the eyebrows, roll of the eyes or turn of her lips were sometimes all she needed to communicate her feelings but she rarely left it at that. Her words were quick, witty and descriptive and when she told you a story you didn’t just hear it, you experienced it.
Melinda knew how to have someone’s back, to defend them, to stand up for them. She knew how to be an accomplice when needed, and also she knew how to step back and trust that a person could solve a problem themselves.

Melinda connected her grandchildren to her ancestors through story, teaching them to stretch their imaginations, to notice that sometimes to solve a problem you need to turn it on its head, look at it sideways, and sometimes realize that what was presented as a problem, isn’t a problem at all.

Flexibility combined with strength, imagination combined with logic, and ferocity grounded in kindness – Melinda managed to find balance, even while toppling expectations and bringing her hilarious spin to the retelling of events.

May we all continue to be inspired, to find laughter amid sorrow, and to be brave enough to stand up for what is right, to stand by our friends, May we all be so lucky to be so loved, as Melinda is by her family and her friends. 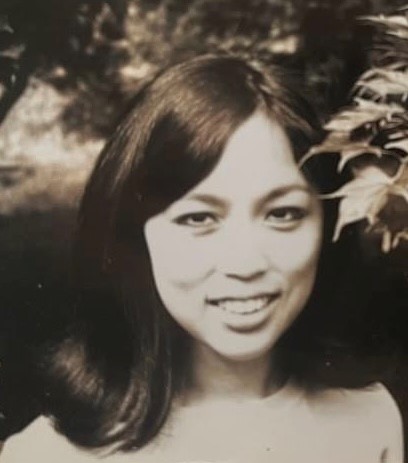 A Celebration of Life will be held for Melinda on October 9 from 10-Noon. Email samantha.fogg@gmail.com for more information.

Online gifts can be made using this link http://www.gettysburg.edu/onlinegiving If you have questions about how to donate to the Chang-Burton Fund, call Gettysburg College’s Ways to Give number at 1-800-238-5528

Kate Howard writes,
It has been enriching and touching have you share her photos ❤️ Thank you.
April R writes,
Very inspiring to read about her approach to life. Wishing family comfort in your loss and this time of transition.
David Cress lit a candle and writes,
I send my deepest condolences to the family. Melinda was a gracious and lovely lady.
Anonymous writes,
This is one of the most beautiful obituaries I’ve ever read. She sounded like an amazing person.
Jacky Ito-Smith writes,
Meris & Family, We are all so sorry for your loss. You wrote a beautiful obituary and after getting to know you (and Casey and Tyler) over the years, no doubt your mom was a true gem as you all embody kindness, generosity and positive energy. Qualities you learned from her. Thank you for letting us learn more about her. We’re thinking of you all during this difficult time.