Matthew had an effervescent personality and a passion for history and politics that he shared with his dad and others. His great loves were his family, his friends, and his Boston Red Sox. At just 13 years old, after convincing his parents to allow him to fill out an application to become a Boston Red Sox season ticket holder, the sales office called him to let him know his seats had become available. Only Matt, with his positive nature, could make the impossible case for the cost and logistical challenges seem possible.

He loved being a brother to his sister Catherine. She will forever remember his discriminating taste in music, movies, and television; his patience in helping her edit her papers, his warm and magnificent smile, and how he always remembered to wish her a good night.

Born in Rockport, ME, Matthew was the beloved son of Patricia E. and the late Christopher B. Hogan. His early years were spent in Camden, ME before moving to Wilmington. He attended the Independence School and was a proud graduate of the Salesianum School. Currently, he was enrolled at the University of Delaware, on track to graduate with the class of 2020.

Matthew adored his father, the late Christopher B. Hogan. He is survived by his loving mother Patricia E. Hogan, his adoring sister Catherine Mei Hogan, his maternal grandmother Helen A. Carney of Woburn, MA, his great uncle Father John Gee of Auburn, MA, his devoted aunts and uncles, Anne T. Hogan, Kevin and Meg Dolan, James Hogan, James, Timothy, Michael, Julie Carney, and Paula Ray, his many loving and devoted cousins; and his many Salesianum and Blue Hen friends.

Thoughtful and generous to the core, Matthew would want the battle against ALS in the form of funding research so that others might be spared what his father endured. Memorial contributions may be made to ALS TDI, 300 Technology Square, Suite 400, Cambridge, MA 02139. 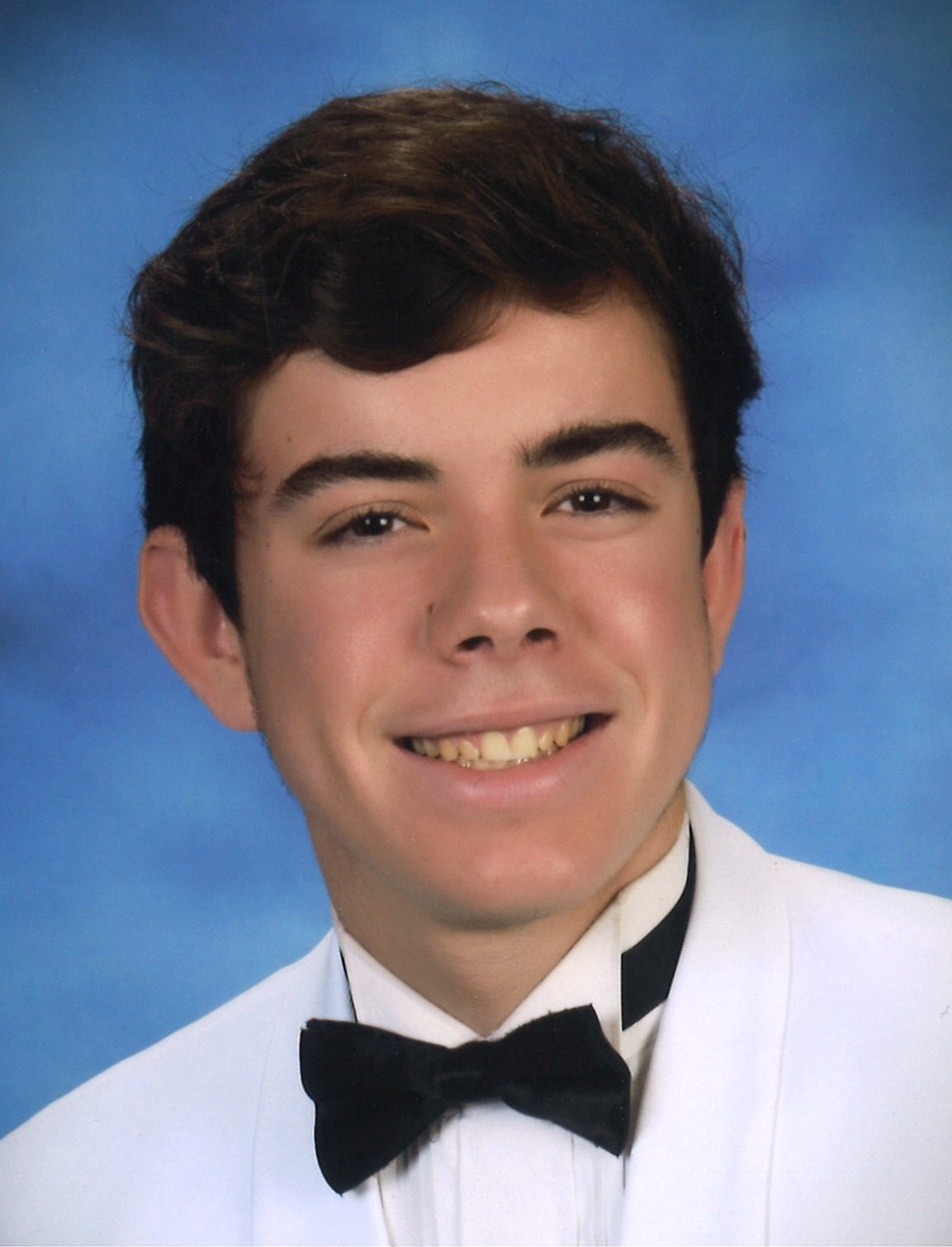 A visitation will be held on Sunday December 2, 2018 from the St. Mary Magdalen Church, 7 Sharpley Road, Wilmington DE from 5-8 pm where a Mass of Christian Burial will be celebrated on Monday, December 3 at 10 am.