It is with great sorrow we announce that Melinda (aka Mimi aka Mom Dukes) Byers passed away peacefully at Seasons Hospice in the Christiana Hospital on January 7, 2020. She was at war with many physical ailments throughout her life, but her final battle was a heart attack at her home on December 30, 2019. She put up a strong and courageous fight until the end and will be missed by many.

Melinda grew up in Wilmington, Delaware after being adopted from Pennsylvania as a child. Life consistently threw challenges her way but her huge heart allowed her to keep pressing on and building relationships with people of all ages and walks of life. She focused her big-hearted energy into things that meant the most to her such as children, animals, and crafting.

In Melinda’s younger years, she worked as an LPN in the old Wilmington Hospital in pediatrics. In her early 40s, she decided that she wanted to fulfill her lifelong dream of having children. She prayed for two children, a boy and a girl, with big brown eyes and heads full of hair. When she went to the adoption agency, her prayers were answered! She was able to foster then adopt Kyle and Nicole, her dreams come true. She remained a stay-at-home mom and was involved in every aspect of caring for her beloved children: she raised them in the church – first at Chester Bethel UMC and then at Skyline UMC where Kyle and Nicole still attend when possible, was their cheerleader for school, advocate in situations of adversity, pillar of support when Kyle or Nicole had a tough day, and much more. It is no surprise that some considered her as a second mother, a sister, and a best friend. Her house was always filled with kids from all over the neighborhood. Melinda also went above and beyond to help her parents who had cognitive decline in their later years while Nicole and Kyle were toddlers. Additionally, she would share meals and warm clothes with the homeless whenever able. Not only were people appreciative of her knack with vulnerable people, but she had a calling for animals, caring for many stray cats through the years who found refuge in her compassion and participating in Trap, Neuter, and Release (TNR) programs for feral cat populations.

Melinda also deeply enjoyed the arts. She quilted and made stained glass in the past, painted beautiful artwork, needle-felted figurines, crocheted doll clothes and winter gear for family, always had plants growing in her home, built complicated paper crafts, made several fabric Christmas ornaments each year, and spent many Sunday afternoons sculpting play-doh, kinetic sand, and clay with her grandson, Gabriel. She enjoyed hearing Kyle’s raps, listening to Gabriel and Nicole sing, hearing Joshua and his family play holiday songs, and adored the Celtic music genre.

The family wants to sincerely thank friends and family for the outpouring of support, prayers, and thoughts during this difficult time. Appreciation also goes out to Skyline United Methodist Church, Seasons Hospice, Christiana Hospital, and Woodlea Elderly Apartments for the care and compassion they shared with Melinda. The love and kindness the family has received is a testament to how many people Melinda impacted and the kind of person she was. Her biggest goals in life were to have children (accomplished), have grandchildren (accomplished), and see her loved ones flourish in life – something the family will make sure to strive for. 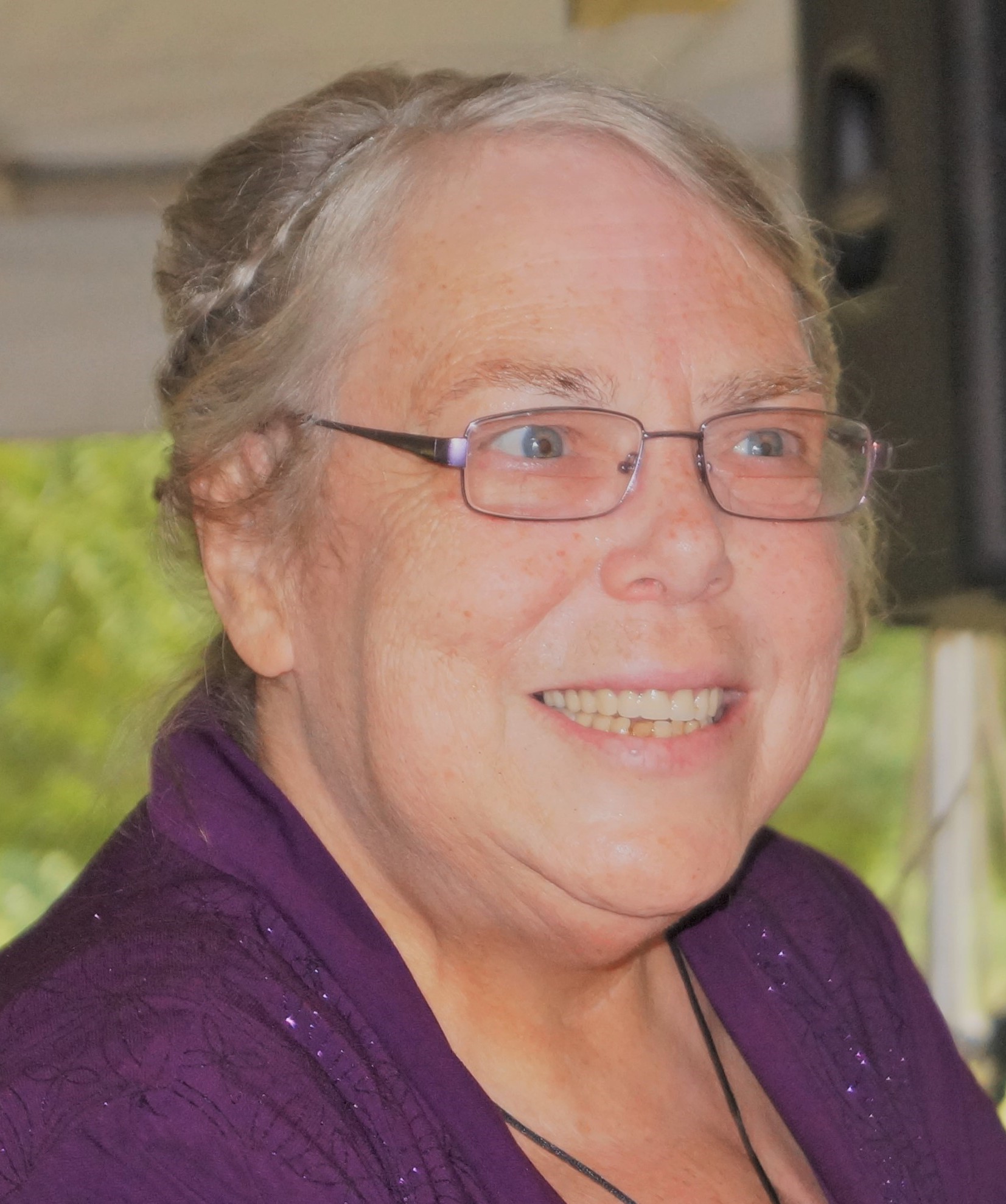 The memorial service will be held on January 17, 2020 at 4pm at Skyline United Methodist Church, located at 3100 Skyline Drive, Wilmington, DE 19808. Melinda’s favorite color was purple and loved flower gardens, so if you are able, please join us in celebrating her life by wearing a shade of purple or florals. Donations of flowers, financial assistance for the service, or memorial contributions of your choosing are welcomed and appreciated by the family.

Jacquette (Jackson) Mitchell writes,
Miss Mary was very kind to me when we first met. We both looked at each other because we both looked familiar to one another. It dawned on us some time later that when I was homeless with my kids, she was a person that helped me get from one place to another and helped me get information that helped me. God works in mysterious ways that my son would be the reason we reconnected. One thing is for sure she lived both of her children very much. I pray for you both and everyone whose lives she touches.
Donna Minner lit a candle
Vivian Turner writes,
Nicole & Kyle, I’m so sorry! I always enjoyed talking with Melinda. She sure did love you both and her eyes lit up whenever she talked about either of you. You helped usher her out of this life and onto the next with dignity and respect. She will be missed. God bless, Vivian Turner
Jenn Fisher lit a candle
Claudia lit a candle and writes,
You gave me, my brother and my son a second home (yours was the fun one)- you allowed us to be kids and always fed us, taught us and took us EVERYWHERE! Kyle and Nicole- you are more than just “friends”; you are our brother and sister. We love you and are here for you through the good and the bad. Melinda - I know you will continue to watch over everyone in Heaven just as you did on earth. We love you and you will forever be in our minds and hearts. Rest in Paradise beautiful woman <3
Shannon McAdams writes,
I’m so sorry for your loss. She’s sounds like an amazing person and I’m saddened that I will never get to meet her and heart-broken that you lost such an incredible person so young. It also sounds like she filled her dreams in this world, including the last, and was called to move on. Hugs to all of you. ❤️
Bonita Herring lit a candle and writes,
Sending healing prayers and comforting thoughts to you at this time. I’m thinking of you and wishing you peace and comfort as you celebrate and remember your amazing mother. She blessed so many people with her kindness and warm personality. Hold on to God, he will strengthen and keep you!
Heather Schilling writes,
Sending love and light.