Mary Jane Brown (nee Raftery) passed away on June 22, 2020 at the age of 86. She was born in Philadelphia to John L. and Anna C. Raftery on December 8, 1933. In her final years, Mary Jane could still recall details of sitting on the porch during the depression era in Wilmington listening to stories from her grandfather, Malachy Raftery. She spoke of how their community would share food and beverage during an era of economic hardship. In the late 1930’s, Mary Jane won a contest and was the first person on her block to have a television. Her memories of that era also invoke a simpler time. She recalled going to mass at Saint Joseph’s Church on the Brandywine in her Sunday best, together with her best friend Louise Korber (nee Czajkowski) wearing elbow-length white gloves.

Mary Jane maintained a fierce and life-long disdain for war and violence born of childhood memories from World War II. Per tradition, the family prepared to celebrate her eighth birthday a day early on Sunday, December 7, 1941 when news came of the Japanese attack on Pearl Harbor. The celebration was canceled: she and her childhood friends struggled to make sense of what was happening. Her parents had a house in Margate, New Jersey. Mary Jane recalled the horror at seeing so many young and broken soldiers being brought into Atlantic City hotels that were re-purposed into make-shift hospitals.

A 1951 alumna of Ursuline Academy, Mary Jane graduated from the University of Delaware with degrees in Art, Theatre and Education. Upon graduation, Mary Jane was a faculty member of Greenville Elementary School. She met her future husband Willard on a rainy day when she and her mother stopped to give him a ride back to the Deerhurst neighborhood where both lived. The pair wed on June 16, 1956. After a brief reception, the newlyweds traveled by car across the country to Tacoma, Washington. Her new husband, a commissioned Army First Lieutenant prepared to begin his dental internship at Madigan Army Hospital, did not have a driver’s license. He reminisced glowingly about Mary Jane’s red hair flowing in the wind as the sole driver on their cross-country journey. In Tacoma, the couple celebrated the birth of the first child, Nancy Elizabeth, on April 8, 1957.

Reassigned to Fort Dix, New Jersey, the couple gave birth to their second child, Lawrence James, on May 21, 1959. That year, the couple settled permanently in McDaniel Crest north of Wilmington. Their third child, Thomas Edward, was born on December 2, 1961, which by chance was also Willard’s birthday.

While enjoying their time raising a family, Mary Jane and Willard became fully engaged activists during the turbulent socio-economic upheavals of the 1960s and early 1970s. Mary Jane helped organize a candlelight march for justice in center-city Wilmington during the 1968 riots. During that era, she assisted in the production of several broadway-level shows at Saint Patrick’s Church as performed primarily by talented youths from nearby Wilmington neighborhoods. Productions included Jesus Christ Superstar; Joseph and the Amazing Technicolor Dreamcoat; and locally created “Congratulations Mrs. Christ” for which she received a song credit. Mary Jane was a founding board member of Saint Patrick’s Senior Center. She also participated in an array of anti-war activities premised on a simple belief that war is wrong.

She and Willard marched again in 1981 in a massive New York rally advocating for nuclear disarmament. She had a love of music and theatre and was thrilled to attend Paul Simon’s Graceland tour at the Spectrum in 1987. She successfully pursued a Master’s Degree in Education and returned to teaching full-time in the 1980s. She played piano at home and in many elementary school shows and choir performances. Mary Jane could speak endlessly about her love of teaching first grade students at Forward Elementary School. In a News Journal article dated September 7, 1992, Mary Jane was profiled in the “Unsung Heroes” profile series. The headline read: Forward teacher’s methods get A+.   Staff reporter Al Mascitti wrote that Mary Jane’s “combination of love and insight makes her a formidable motivator of 5-and-6-year olds.”

The family would like to thank the staff at the Brackenville Center in Greenville where Mary Jane spent the last several years of her life. As Mary Jane might say, “growing old is not for the faint of heart,” and the Brackenville staff cared for and comforted her. 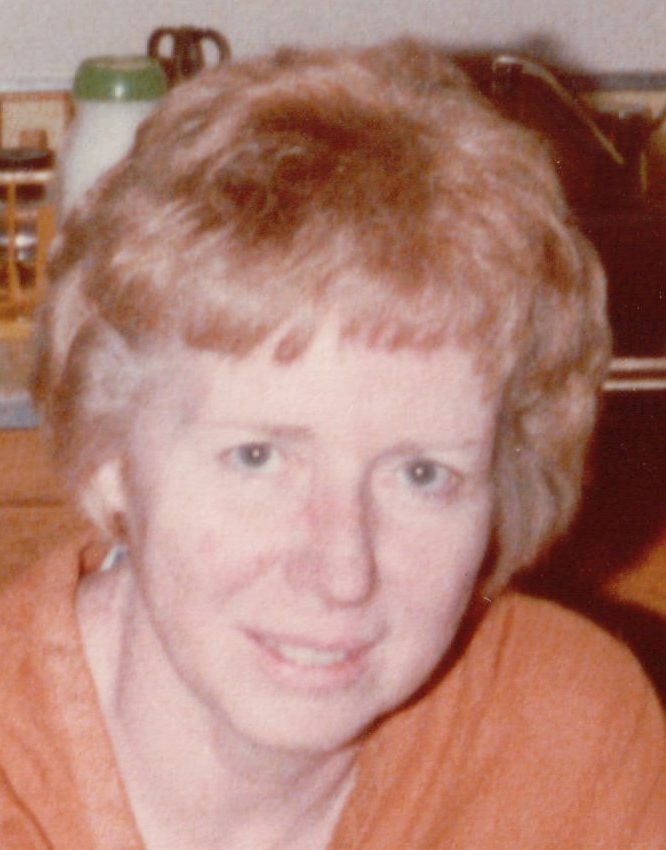 Due to the ongoing pandemic, a private memorial service may be convened at a later date. In lieu of flowers, please send donations in her name to the Saint Patrick’s Center; 107 East 14th Street; Wilmington, DE 19801.

Marcy Murphy lit a candle and writes,
Tom and Angie, I am so sorry to hear of your Mom’s passing. What a beautiful woman she was. And what a life she lead, someone to be proud of. Keeping you all in my prayers. Marcy
Faith Rosenblatt lit a candle and writes,
Sending love and condolences. She had a life well lived!
Carly Brown writes,
my sweetest nana, now an angel watching over us all. I’m beyond blessed to have had such a strong woman like her in my life. Until we meet again my love❤️
Connie Griffith writes,
I recognized the picture of Mary Jane Brown, but I wasn’t sure how or why. I read the obituary and realized she worked at Forwood. I spent one year teaching at Forwood, but spent 37 years in the Brandywine School District...so I’m sure that must be how I know her! My sincere condolences on your loss.
Matt and Diane Beatty writes,
Nancy, Larry and Tom, so sorry for your loss. What a strong woman and impactful life your mom had! Will keep you in our prayers.
Nancy and Richard Day writes,
Mary Jane was the most wonderful teacher. She saw the potential in every child in her classroom, and they all felt her love. She was particularly gifted in her ability to teach reading , and to reassure parents that every child develops at his or her own individual pace. We feel blessed to have known her, and will forever be grateful both our boys had her as a teacher.
TomDuffy writes,
My condolences to the family of Mary C. Brown. Mary Jane and I were St. Pat's' '47 classmates. I still bear memories of those days, her, her intelligence, her niceness, and her red hair. I am really impressed and happy that she never really left that good old parish. Tom Duffy
ThomasDuffy