Mary Frances “Brenda” Mesa, age 80, of Wilmington, DE, passed away at her home on Friday, September 6, 2019 peacefully in her sleep.

Brenda was the daughter of the late Charles and Mary Kelleher Donahue. She graduated from Christ Our King Grade School, Ursuline Academy High School and Fitzgerald Mercy, where she earned her RN license. Post-graduation, she worked at Wilmington General as head pediatric nurse.  After taking time off to raise her children, she returned to work at St. Francis as a pediatric nurse and later as an office manager for her husband, Dr. Jose I. Mesa, M.D.

Brenda was truly an amazing woman, with a level of kindness that was unparalleled and a tremendous sense of humor. She was known for her practical advice, her deep love of her family, and for her unwavering faith in God. Very strong and fiercely independent, she lived life on her own terms, right up until her last day. She also gave the most amazing hugs, ones that would ensure that — even for her children as adults — everything was going to be fine. Her husband always told their children that the best thing he ever did for them was to marry her, because he gave them the best Mom ever. He was not exaggerating. We are lucky and blessed to have had her in our lives for this long, and her twelve grandchildren were gifted with the most wonderful, warm Grammie. We are all at peace knowing that she is not only with God, but that she has been reunited with her Pepe.

In addition to her parents and husband, Brenda is also pre-deceased by her brothers, Michael and Charles Donahue and her sister, Margaret Fleischut. 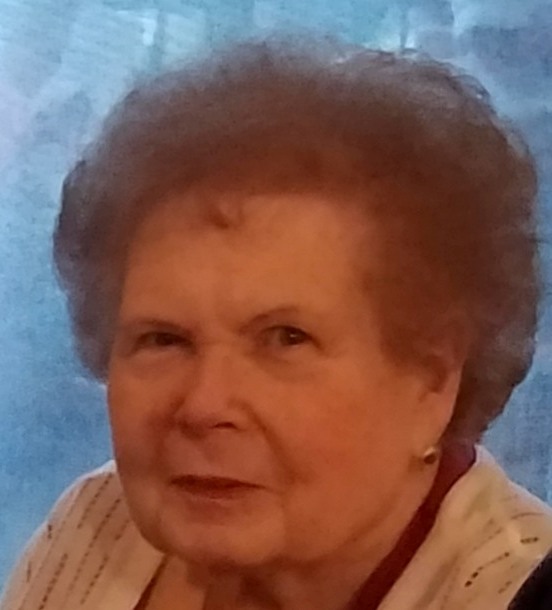 Mass of Christian Burial will be celebrated on Saturday, September 14th at 11:00 AM at St. Anthony of Padua Church, 9th and DuPont Streets, Wilmington, DE where friends and family are invited to visitation between 10:00 and 11:00 AM.  Interment will be private.

Janice Chandler writes,
Your family has lost someone special. To each of you, I offer my condolences. Prayers for all.
wendy wiseman writes,
My sincere , deepest sympathy to the Mesa family. My heart is with you and praying for you during this sad time. I loved Brenda and all the stories we shared through the years. She was an absolute sweetheart who loved her family dearly. Tuesdays at 11:00 will never be the same. Sincerely, Wendy Wiseman
TENUI NEC DIMITTAM-"I'VE TAKEN HOLD AND WON'T LET GO". lit a candle and writes,
TENUI NEC DIMITTAM-"I'VE TAKEN HOLD AND WON'T LET GO"-LATIN MOTTO OF SALESIANUM/SALLIES WILMINGTON DE.--DR. JOE AND FAMILY/FRIENDS YOU HAVE GIVEN DELAWARE LOTS OF LOVING CARE. WE HAD GOOD TIMES @ ST. EDMONDS. THANKS BLESSINGS/LOVE.
Mike Dugan lit a candle and writes,
Mrs. Mesa was a wonderful woman and I am truly blessed to have known her. Although I am sad that she has passed away it makes it a little easier to know that she is now once again reunited with her husband, Dr. Jose Mea. Two people that I will always be grateful to have known. Kathleen, Joseph, Christine, Patrick and family I will continue to pray for you during this difficult time. Rest in peace Mrs. Mesa!
Meg Myers writes,
I am saddened to read of Brenda’s passing. I met her when she was a patient at Dr.Sarros office. She was a delightful lady. I recently saw her and we chatted. Heaven has gained an angel. Please accept my condolences.
Joani--Dr. Hayes Secretary lit a candle and writes,
Dear Mesa Family---My Deepest Sympathy I will truly miss your Mom she was a very SPECIAL PERSON--and so was your Dad---we now have a another Angel in Heaven. Fondly--Joani