Bobbie Hurka, age 74, of Wilmington, DE died on Sunday, April 21, 2019 from complications of multiple myeloma. Bobbie will be remembered by her friends and family for her wonderful sense of humor, her kindness and her abundant generosity. She frequently expressed her affection and generosity by sharing flowers from her garden, one of her life’s passions.

Born to Pearl and Simon Schwartz in Oakland, California, the family moved to the east coast shortly thereafter and Bobbie spent most of her youth in Bel Air, Maryland. She was a charming, lively and determined child and began taking ballet lessons when she started elementary school. She continued to dance and perform through college and even taught ballet while a student at Bel Air High School, earning spending money that allowed her to begin her lifelong practice of dressing fashionably and always being well presented.

After graduating from Syracuse University in 1966 with a degree in speech and communication, she worked in Washington, D.C. and later in Wilmington, Delaware, where she was the director of communications for the Delaware Heart Association. She also worked as a speech pathologist at the Delaware Curative Workshop, but felt that position didn’t fulfill her strong desire to help people. Her volunteer work as a Candy Striper at the Wilmington Hospital led her on a new professional path and she enrolled in the nursing program at the University of Delaware, earning a Bachelor of Science in Nursing degree in 1976.

She began her nursing career at Crozer Chester Medical Center in Upland, Pennsylvania, where part of her orientation moved her from department to department and she ultimately landed in the Emergency Department where she remained for ten years. There she made numerous lifelong friends who meet for dinner monthly. In the early 1990s she established the Parkinson’s Disease and Movement Disorder Center and served as its clinical coordinator for ten years, retiring in 2001.

Soon after her retirement, she acquired her Welsh Springer Spaniel, Sadie. They became soulmates and were inseparable until Sadie’s death in 2017.

She and her husband, Bob, were never able to have children of their own, so they expressed their affections by nurturing the children of family and close friends. Her calendar was always filled with anniversary and birthday reminders for countless people who considered her family.

Bobbie is survived by her husband, Bob, of 48 years and many friends.

Bobbie had requested that any memorial gifts should be directed to the YMCA of Delaware in support of underserved people in the community. 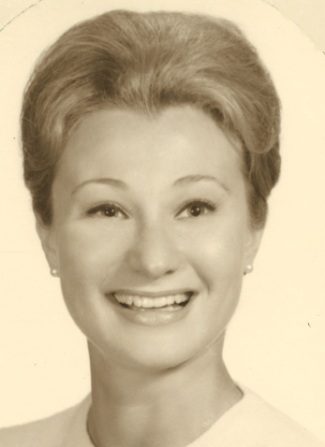 Lee Bunting lit a candle and writes,
Bobbie was a breath of fresh air and motivating spirit. She will be in my heart of thoughts forever as someone we should ascribe to be. God bless her, and “Row Bear”. I am so glad to have met her.
Judy and Eric Roberson lit a candle and writes,
Eric and I were a successful “match” when Bobbie introduced us in 1974! I will never forget that lunch with the 3 of us at the Hotel DuPont. I couldn’t understand WHY she had introduced me to a “younger” man only to find out that Eric was 12 days my senior! Bobbie and I worked together at the Curative Workshop and she and Bob entertained Eric and me to many lovely dinners at their beautiful home. She was indeed a close and wonderful friend and I will miss her joyful and loving nature.
Larry and Susan Flesh lit a candle and writes,
Please accept our sincerest condolences on Bobbie's passing. She was a wonderful person and friend to all. She will be missed. Larry and Susan Flesh
Constance Bell Lindgreen lit a candle and writes,
Dear Bob, I'm so sorry to hear about Bobbie's death and send you my heartfelt condolences. When we were teenagers and classmates at Bel Air High, Bobbie was terrifically kind to me. I can clearly remember her - in her Wrangler jeans - doing her ballet exercises, and then, with her big smile and golden hair, introducing me to blueberries with sour cream as a dessert before we did some homework. Her smile could light up a whole room. That's how I will always remember her - smiling and positive and sweet and helpful. My deepest sympathies for your loss, Connie (Bell) Lindgreen
Constance Lindgreen lit a candle and writes,
Bobbie's smile could light up a room - and that's how I will always remember her - smiling, bright-eyed, and generous. My deepest sympathies and condolences, Connie (Bell) Lindgreen
Nancy Gunther Snyder lit a candle and writes,
Marcine was a joyful friend and classmate at BHS. I was in awe of her talent and beauty. She was a friend to everyone. My deepest sympathy to her family. Nan Snyder