TALLEYVILLE – Marcia Traccarella Cloud Buckingham, beloved mother of Amy Cloud Chambers and Anthony Alan Cloud; beloved grandmother of Bonnie Chambers and her spouse, Sean McMichael; beloved great-grandmother of Lily Chambers and Liam McMichael; beloved mother-in-law of Claire Pellegrini Cloud and step-grandmother to Ricky and Danny Pellegrini; beloved stepmother to Ruth Hubbard and her husband Raymond Hubbard; great-aunt to Daniel Hubbard, his wife Anne and their two children Jillian and Ryan; and great-aunt to Rebecca Hubbard and her wife Amity Gann, passed on to her reward  on Friday, May 15, 2020, 11 days after her 98th birthday. She was surrounded at the end by her loving family, at peace and with a final smile just before her spirit ascended. She was the life of every party and her spirit lit up every room.

She was born in Kennett Square, PA in 1922 and was the daughter of the late Fabio and Giovanna (Carapucci) Traccarella. She was married to William Henry Cloud from 1947 until his death in 1970, and to Richard Buckingham from 1975 until his death in 2004. She was a graduate of Kennett High School and Beacom College, and in addition to being a homemaker and mother she worked at the DuPont Experimental Station and Monroe Business Systems. She was a volunteer for Meals on Wheels, the Democratic Party and the Brandywine School District. She is survived by her daughter, Amy Cloud Chambers; her son, Anthony Alan Cloud; her granddaughter, Bonnie Chambers; and her great-grandchildren Lily Chambers and Liam McMichael.

In lieu of flowers, donations to the following charities would be appreciated. They embody causes close to Marcia’s heart.

The Lustgarten Foundation, which is dedicated to research and the search for a cure for pancreatic cancer. Call toll-free at (866)789-1000, or email contactus@lustgarten.org

The Food Bank of Delaware, which has a special interest in child hunger. 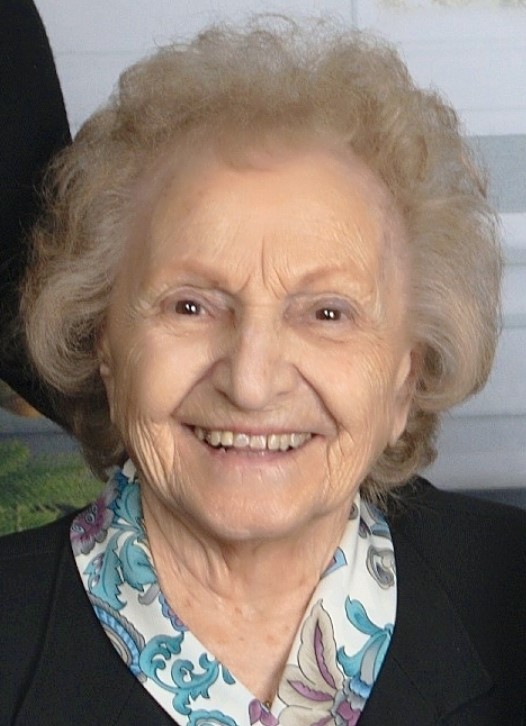 A private memorial service will be held at the Chandler Funeral Home at 2506 Concord Pike in Wilmington on Wednesday, May 20, 2020 at 11:00 AM. In keeping with social-distancing requirements, attendance will be limited to immediate family only. The funeral home has provided a private Zoom link, which will be shared with family members and close friends unable to attend and enable them to join us online.

Linda Shupp writes,
Dear Amy, I read of your Mom's passing today- I remember her as such a loving woman who was such a help to my Mom when my father passed away. She lived a long life and I know you will miss her... Linda Biesinger Shupp
Will Johnson writes,
Amy and Rusty we are so sorry to hear about the passing of your mom. She was always a bright star. I can picture that wonderful smile. Such great memories when we were kids. My mom sends her condolences too. They were such good friends. Much love to you and your families.
Penny First writes,
Dear Amy & Rusty, I was so sorry to read your mother's obituary. Amy, I don't know if you remember me, but I have thought of you often over the years. However, I did not remember your married name and did not know where you were living. (My mom and I live in West Chester, PA) I would love to have contact with you again when you have a chance. I have so many memories of you, me & Dulcy from high school. The best way to reach me is by phone at (610) 399-0442, You can try email at either psfirst@aol.com or hmhshirl@aol.com, but if it goes to spam, I probably will not see it. I love you lots, miss you and am thinking of you. Penny
FRANK FOX lit a candle and writes,
Amy, So sorry to hear about your loss. Please know that your mother was greatly loved and respected. Your memories of her will bring both peace and joy just when you need it most. Best wishes! Frank
Nicholas & Barbara D'Antonio lit a candle and writes,
Marcy was so much fun, We loved her dearly and will miss her sense of humor and smile. Our love the Amy and the family.