Kurt was born in February 1945, to Harriet and John Piser of Middletown, DE. Harriet died when Kurt was a child. Kurt attended Elkton High School while living with his father John and stepmother, Polly, in Glen Farms, MD.

After Kurt’s time at college and in military service, he was a lifelong Delaware resident, where he pursued a successful career in retail management and automobile sales, eventually leading Human Resources at Mercedes Benz of Wilmington. Kurt enjoyed friends, pets, books and conversation, and pursued varied interests from cars to Mason-Dixon stones.

He was preceded in death by his brother, John, his Mother, Father, and Stepmother. Kurt is survived by his brother Eric and wife Ann Marie, of Newark, DE, and brother Ronald and wife Betty, of Middletown, DE, as well as many nephews and nieces. 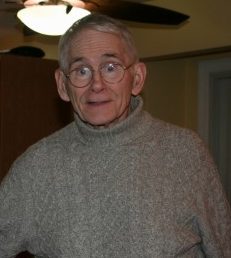 Funeral Services will be private.

Vince Suddard writes,
Kurt was an amazing man,and will be missed by many. I am honored to be able to call him friend. Vince S and family
Carolyn James lit a candle and writes,
So sorry to hear of your loss. Rest In Peace Kurt.
Suzanne Dayton writes,
"We are the sum of all the people we've known." Kurt Piser 1/24/2010
Peggy Fenlon writes,
So sorry to lose another cousin, another Piser family member. I’ll always remember being on your Dad’s farm with your 3 brothers playing in the hay loft.
Ben Keyser writes,
Kurt is a great person and is a very easy person to look up too. Loved learning and spending time with Kurt growing up. You’ll be missed!
Jody Tzirlin writes,
My sincere condolences to the family of Kurt
Don Blackburn writes,
Mr. Piser was a very fine, interesting, warm and friendly, kind man. Conversations with him were always delightful and enlightening. He will be missed dearly. I was honored to have served him and I enjoyed seeing him for his eye examinations. I wish I had met him sooner, years ago, so that I would have had more memories and more lively discussions with him. I pray for his family that God will bless them and be there for them in their time of mourning. I will look forward to meeting him one day in Heaven! So sorry to hear this news today. I will miss him!
Suzanne Dayton writes,
"There is no excuse for bad behavior. " Kurt Piser Desk Office Wilmington Motorcars
Jay. Bowhall writes,
To Curt's family. I had the pleasure of working with Curt at. M.B. of Wilmington several years ago. I will always have fond memories of him , he was a great Man and will be missed by everyone who knew him. I will keep you in my thoughts and prayers and may God Bless each and everyone of you!
Suzanne Dayton writes,
"It is easier to live with disappointment than live with uncertainty ". Kurt Piser October 9th,2018
Cheryl & Lou Cicamore lit a candle and writes,
Our Thoughts & Prayers are with ‘Kurt’ and all the Piser Family, with our Heartfelt Condolences. May Kurt Rest In Peace with God’s Blessings.