Kelly Marie Killian, 54, died suddenly on May 29, 2021, in Astoria, NY following a traffic accident. She was the daughter of Duff (Leonard) Killian, deceased. She leaves her mother, Rosemary Killian and step-father Raymond Baxter, brother, brother Christopher Killian and his wife, Anne, two nieces, Ava and Quinn, nephew Ben, as well as many other relatives and close friends.

Kelly owned and operated a real estate brokerage in New York City. She was previously employed in Manhattan by Diageo, in Florida by Pepsi Cola and in Puerto Rico by Procter and Gamble. She graduated from Archmere Academy and received her undergraduate degree from the University of Delaware. She earned her graduate degree at Thunderbird, The American School of International Management in Phoenix. She was very widely travelled, living for periods of time in Costa Rica and Panama and visited Europe, South and Central America, Mexico, the Caribbean, Egypt, Israel and the continental U.S. She literally had friends all over the world.

She was energetic, friendly, passionate and has been described as a ten foot person housed in a five foot body. Kelly was bi-lingual and artistic and loved her cats, gardening and wine. She shared trials and tribulations with an extended group of close friends and would always offer a helping hand and a good word of advice. Her passing leaves an empty place in the lives of many.

Because Kelly so loved her cats, in lieu of flowers, memorial contributions may be made to Faithful Friends, 12 Germay Drive, Wilmington, DE 19804, the Delaware Humane Association, 701 A Street, Wilmington, DE 19801, or other charity of your choice. 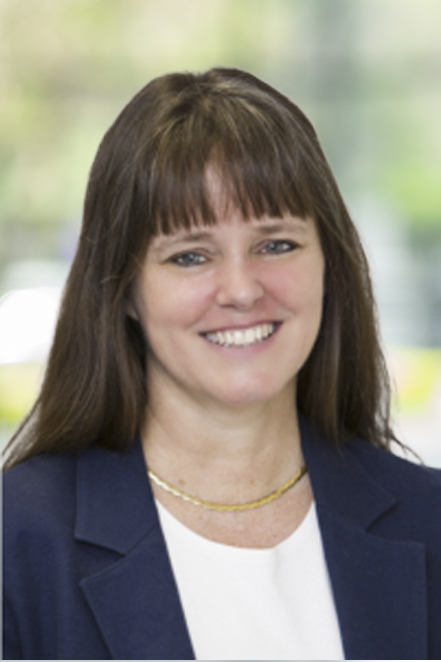 Memorial services will be held in New York on June 12 and in Wilmington on, June 19. Interment will be private.

Because Kelly so loved her cats, in lieu of flowers, memorial contributions may be made to Faithful Friends, 12 Germay Drive, Wilmington, DE 19804, the Delaware Humane Association, 701 A Street, Wilmington, DE 19801, or other charity of your choice.

Patti Klocko Mitchell lit a candle and writes,
My sincere condolences to Mrs. Killian and family. Kelly was an incredible friend! She had an amazing smile and made us all laugh. She was alway there for others in need. Kelly lived life to the fullest! She will be missed immensely. She loved her family! Her spirit will live on.... Love, Patti Klocko Mitchell xoxo
Johanna SM Bishop lit a candle and writes,
Dearest Rose and Ray- My heart hurts for you-- reading this obituary for your Kelly makes the world's loss even greater. it was clear that she was a big part of it and that she loved life and adventure and her friends and cats. I will keep you all in my thoughts. Hugs, Johanna
Sally Jensen lit a candle and writes,
Dear Rose & Ray, I am so sorry to hear of the loss of your daughter, Kelly. She sounds like a wonderful person - well learned, well travelled and well loved, and all the more wonderful for her love of cats. Although she was taken much too soon, I hope you can find peace in knowing she lived her life to its fullest. Fondly, Sally
Jaime A. Claus G writes,
Kelly you will be truly missed, especially our verbal spars. God Bless & God Speed. My condolences to your famiy & friends.
Maureen Dugan writes,
Rose, I am so sorry to hear of Kelly’s passing. Maureen
Nancy (Littel) Ellsworth writes,
Mrs. Killian, so sorry to hear of Kelly’s passing. I have such fond memories from childhood of growing up in Indian Field. Kelly and your family will always hold a special place in my heart. Rest In Peace, Kelly. Love and condolences to you and your family. Nancy
Bernard McFadden writes,
Dear Rosemary and Chris: Kelly was a shining star in my classroom. I’m pleased that she became a citizen of the world. Please accept our sincere condolences at this difficult time. Kathy and Bernard McFadden and family.
Loretta Young lit a candle and writes,
Rose and Ray, I am so very sorry for your loss. I know how proud of Kelly you were and she was indeed a shining star. (((hugs))) with a very heavy heart.
Susan Baldwin lit a candle and writes,
Rose & Ray, My heart truly aches for your loss. Although I only met Kelly a few times I was forever impressed by her engaging personality and spunk. Such adventure and energy in your petite girl. May warm memories of Kelly help you through the days ahead. Susan
Vicente Pina writes,
I am shocked and saddened to learn of Kelly’s passing. She was so generous, loving and passionate. I cant believe she is gone, God bless you and your family. You will be with us always. Vicente
Loren C. Meyers lit a candle and writes,
By happenstance, I recently learned of Kelly's death. Having worked with Rose in the state supreme court and in the Attorney General's office, I recall Rose's fulminations about Kelly's latest harassment of Chris (and vice versa). But I knew -- and the office knew -- that Rose loved them and she was intensely proud of them. Despite Rose's weekly predictions back then that Kelly was doomed to a life of penury, Kelly proved her mother wrong on that count. My deepest condolences to you, Rose, and to your family.... -- Loren
David L Mayer writes,
Rose, Chris, and Ray Thinking of you... Dave Mayer
Susan Rishel Brown writes,
Rose, Ray, Chris, and family, I am sorry we did not have the privilege of knowing Kelli. She was surely an amazing person and this is such a shock for the family. We extend our deepest sympathy to all of you who knew and loved her. May her joyful spirit live on in each of you. Love, Kevin and Susan Brown