Katherine Ehrensberger Hoopes died September 3rd at her home in Greenville, DE with members of her family present after a two and a half year struggle with ovarian cancer. She is survived by her husband of 25 years David Macmillan Hoopes, her sister and brother-in-law Jane and Dick Wattis of Easton, MD, four step-daughters Helen Hoopes of Cresent City, CA, Martha Hoopes of Easthampton, MA, Nancy Hoopes of San Francisco, CA , Rachel Hoopes of Berekeley, CA and their families with a total of seven granddaughters. Her memorial service will be at Christ Church Christiana Hundred at 11:00 a.m. Saturday September 14th. Interment is private.

Following completion of her MBA, she worked in Boston as an investment analyst, subsequently in Washington, DC as policy analyst and water program manager with the EPA and finally for over 22 years as a psychotherapist licensed in DC, Maryland and Vermont.

Katherine was drawn to active community service rather than business. She had a great enjoyment of the arts and was a docent for over ten years at the Smithsonian Institute. She regularly attended the Washington opera at Kennedy Center. She was a trustee and board member of the Southern Vermont Art Center. An avid gardener, she was President of the Green Mountain Gardeners in southern Vermont, a member of the Garden Club of America in Wilmington, a trustee and deacon of the Second Congregational Church (Londonderry) and a member of the Christ Church Christina Hundred altar guild. She enjoyed snow shoeing, loved skiing and tolerated fly fishing with her husband but her passion was duplicate bridge which she played – exceedingly well – in Vermont and Wilmington with numerous friends and groups.

An avid golfer, she was a long time member of the Chevy Chase Club, the Wilmington Country Club and the Vicmead Hunt Club. Enthusiastic travelers in retirement, she and her husband made frequent visits to Europe occasionally golfing, enjoying gardens and attending wonderful concerts and operas.

The family ask in lieu of flowers that donations be made to the Delaware Center for Horticulture and the Delaware Hospice. 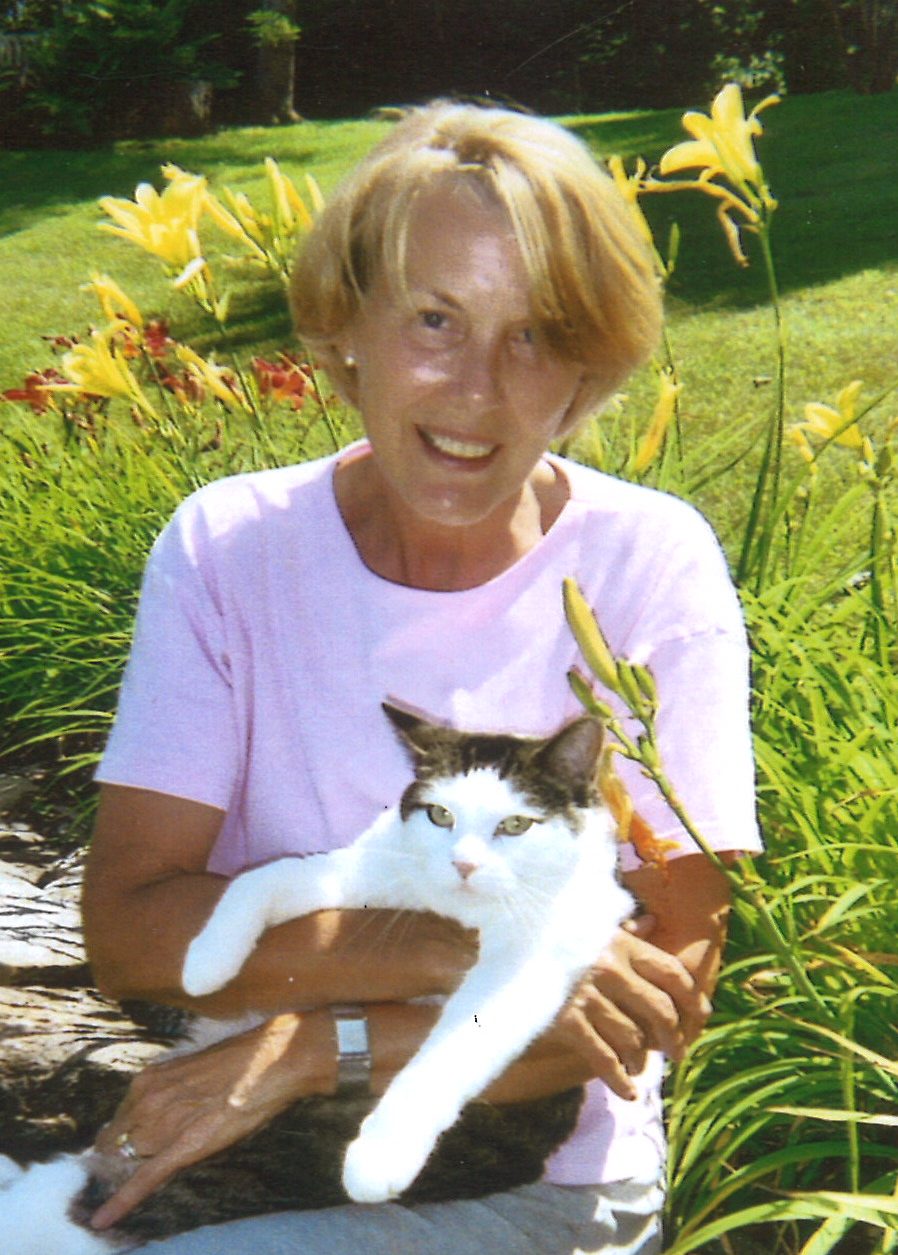 Her memorial service will be at Christ Church Christiana Hundred at 11:00 a.m. Saturday September 14th. Interment is private.The family ask in lieu of flowers that donations be made to the Delaware Center for Horticulture and the Delaware Hospice.

Ray Sczudlo lit a candle
Diana Thebaud Nicholson lit a candle and writes,
Sending my love to David and deepest sympathy to all of the family on the loss of a superbly talented and beautiful soul. Diana
Kimberly Nastase
Colleen McQuillen lit a candle