Born in Torrington, Connecticut to the late Rudolph and Elsie Kasper Karl, she was raised in historic Litchfield, Connecticut. She was the youngest of eight children. Judith was raised an Episcopalian but converted to become a devout Roman Catholic. Judith received her nursing degree from Middlesex Memorial Hospital in Middletown, Connecticut. Prior to devoting most of her time to caring for her family, Judith worked as a nurse in psychiatric care at the University of Michigan Hospital, various physician’s offices and neonatal care at Wilmington Hospital. After many years of watching her children grow up, Judith returned to work as a Clinical Quality Assurance Associate at the DuPont Pharmaceutical Company prior to retirement. Her husband’s career at DuPont allowed Judith to make her home in many places, including Huntington, NY, Puerto Rico and Delaware. Through her husband, Judith also maintained dual citizenship with Italy and was a member of Italo-Americans United of Delaware. Judith was a devoted volunteer, giving her time to many places, including Hagley Museum and St. Mary of the Assumption Church as a CCD teacher. The consummate hostess, Judith was known for throwing great parties and exceled at cooking and flower arranging. She took many flower arranging courses at Longwood Gardens and attended cooking school at both the Rhode Island School of Cuisine in Tuscany, Italy and Le Cordon Blue in Paris. Judith also truly enjoyed traveling with her husband and friends throughout the U.S. and around the world. Spending time in Rehoboth Beach in early July with the entire family was a tradition she looked forward to every year.   Judith was a loving wife, mother, grandmother and friend to many. Those who knew Judith know about her quick wit, strong opinions and directness. Never afraid to speak her mind, you always knew where you stood with her and what she was thinking. Thankfully, even at the end of her difficult struggle with Alzheimer’s, she would still make very direct comments that would bring smiles to those around her. Most importantly, Judith made a positive impact wherever she lived and will be sorely missed.

The family would like to thank the many people who helped Judith during her long battle with Alzheimer’s, including Newark Adult Day Care, Patricia from Bayada Nursing, Lodge Lane, Friends Home Linden Hall and Willow Tree Hospice.

Donations in Judith’s name may be made to Taub Institute for Alzheimer’s Research, Columbia University Medical Center, 622 West 113th Street, Mail Code 4524, NY, NY 10025, or a charity of your choice. 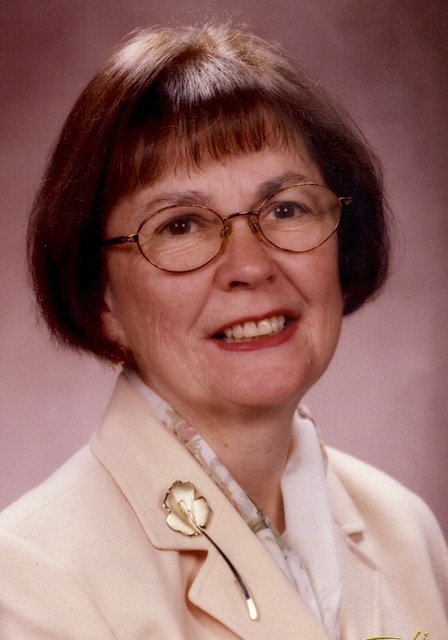 Donations in Judith’s name may be made to Taub Institute for Alzheimer’s Research, Columbia University Medical Center, 622 West 113th Street, Mail Code 4524, NY, NY 10025, or a charity of your choice.

Terry Paca
Deborah Holcombe lit a candle and writes,
Dear Elsa, On behalf of the Project Management team hear at QVC, our deepest condolences. Losing a parent is truly one of the most difficult lifetime experiences to bear. Our thoughts and prayers go out to you and your family. May she rest in peace. Take care.... Deb, Chris, Mimi, Jeremy, Tiffany, Brent, Michelle, Marie, Anja and Huilan.
Beverly Paca writes,
Judy's obituary. Larry
Donald Edward Brignolo, San Jose, CA 95125 lit a candle and writes,
Now the lengthy suffering is over for you, Larry, and that of your dear wife. I appreciated you and Judy inviting me to visit you at your home in San Juan, Puerto Rico when you worked for DuPont. She was such a sweetheart. You were such a great caretaker. And it was very rough for you. Now, she is in the hands of the Lord. Imagine the welcome she is getting from your dear parents, Larry and Vicky. Judy, RIP
Richard (Richie) Grossman writes,
Dear Dr. Rasero, we go way back, you gave me a start to a long career, my deepest heartfelt condolences!
Lana Wolfe lit a candle and writes,
Peace be with you and your family, Elsa. I'm so sorry for your loss. We're thinking of you at this difficult time.
Susan Emmons lit a candle and writes,
Elsa, Bill and I send our condolences on the loss of your dear mother. Although we never met her, she was an amazing woman. She's certainly in God's hands now. Keep all her wonderful memories close to your heart. Sue and Bill Emmons