Joseph V. Matassino, age 85, passed away on Monday, October 26, 2020. He was born in Wilmington, Delaware the son of the late Vito Matassino and Italia Petruccione. He was the youngest of three children.

Joe spoke very fondly of his days as a student and athlete at Archmere Academy, where he excelled in basketball. In 1952, he led the State of Delaware in scoring with 480 points in 19 games. He also set a one-game scoring record that same season, with 63 points against Church Farm School. He graduated and chose to attend Utah State University. He reveled in sharing stories of his adventures skiing outside of Logan, exploring the Rockies, and his many drives across the country.

He pursued his passion for health and recreation by becoming a Wilmington public school physical education teacher in 1959. In between teaching and coaching, he managed to build up a small, successful company, which his son now runs. Joe also attended Villanova University to obtain his Master’s degree in education.

In addition to his parents, Joe is pre-deceased by his sister Mary Poppitt. He is survived by his wife of 53 years, Carolyn; sons Joseph Matassino (Timothy Murray) and Michael Matassino (Jaime); his sister Virginia DiPietrantonio; his grandchildren, Emily and Douglas who he adored more than life itself; and his nieces and nephews.

Funeral Services and Interment will be private.

In lieu of flowers, contributions in Joe’s memory may be made to St. Mary Magdalen School, 9 Sharpley Road, Wilmington, DE 19803. 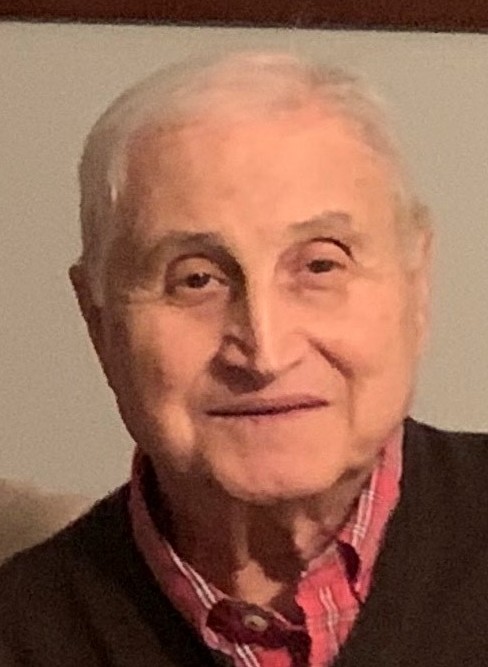 Funeral Services and Interment will be private.

Vincent J Ciarlo writes,
So sorry to hear of Joes passing. I have very fond memories from our childhood! May he Rest In Peace. Vinny!
Joseph J. Urbanski writes,
Joe, rest in peace. You were a great friend. The memories from our time together (many years) in Brandywine Little League as Coaches and Board Members are forever engrained in my memory. For you, the Player's morale, actions, performance, etc. were your primary concerns. You were always First Class and a true gentlemen. Joe
Linda santora
DONALD CIANCIO writes,
GOOD FRIEND, BIG JOE MALA. WILL MISS YOU
Madalyn (Petrucci) Schultz Petit writes,
Dear Vita and family, I send my condolences to you on the passing of your uncle. Sincerely, Madalyn
Marty Markowitz writes,
My deepest condolences to the family of Joe. A very kind and understanding person. Will always remember the Brandywine Little League meetings and your equipment manager duties. They were found memories for sure. R.I.P. Joe.
michael holodick Michaels barber shop bellfonte writes,
the Barbers at Michaels send our condolences to the Matassino family. We will surely miss Joe he was a great customer for many years . and a pleasure to have in the shop. such a nice man!!
Larry Nagengast writes,
Rest in peace, Joe. Carolyn , Michael and Joseph, Janet and I send our thoughts and sincere condolences. We'll remember you, Joe, as a gentleman, a kind leader. a great example to the young men you mentored, a trusted adviser and counselor to your peers. Your service with the Brandywine Little League, as a manager and board member, was exemplary. But most of all, Janet and I will remember you as a friend. We will remember you always.
Joyce P. Johnson writes,
So sorry to hear about Joe. My thoughts and prayers are with you all. From an Oak Lane Manor neighbor - Joyce Johnson
Connie Sadusky writes,
Carolyn and family.....I am so sorry for your loss. The Festival could depend on us to meet each other with warmth and smiles. You and Joe shared something special and I hope the coming days bring peace to you and yours. With deepest sympathy....Connie Sadusky
Ann and Mike Ashmore lit a candle and writes,
Dear Mike and family, We were so very very sad to hear from you, Mike that your dad has gone to eternity to be with The Lord. We will always remember him fondly. His kindnesses to us, integrity, work ethic and love of family will remain with us as we think of him. We were lucky to know such as man as he. I still remember with a smile running into you and your dad at Sweeneys Bakery on a very important day several years ago. The love he had for you, the broad grin on his face around the excitement of the day and the happiness he shared for you.....Please know that Mike and I are holding you and your family up in prayer and we extend our deepest sympathy to you all. 2Timothy 4:7 "I have fought the good fight, I have finished the race, I have kept the faith."