John T. Gaynor II was born in 1930 to John and Ethel Gaynor, and went home to be with his Lord and Savior Jesus Christ on September 10, 2020 while in his North Wilmington home, after a brief period of illness.

He was an adoring husband of 68 years to Joan Jester Gaynor who survived him, and loving father to six children: five sons John T. III and wife Linda, Clarke and wife Misty, Barry, Thomas and wife Lynn, Grant (who predeceased him) and his only daughter Linda (Gaynor) Trinkle and husband Joseph. He was a loving and caring grandparent to his 13 grandchildren Alicia and husband Matthew, Cassaundra and husband Benjamin, Joseph and wife Stephanie, Luke, Haley, Grant, Gary, Tyler, Dylan, Bryan, Jared, Eric and John T. IV, and his great grandson Judah, who all adored their “Poppop”.

A life-long Delawarean, John graduated Wilmington High School, attended Abilene Christian College in Texas for his freshman year, and then married his high school sweetheart “Joanie” before serving with the US Army in Korea as a communications officer during the war. He returned home after serving overseas and worked for The DuPont Company while studying Chemistry at University of Delaware at night. He received his diploma while his wife and first four young sons watched from the front row. John went on to work for John Hancock briefly, then he moved to Northwestern Mutual Life Insurance Company where his high volume production earned him a spot at the Million Dollar Round Table for many consecutive years. John served as deacon and frequent song leader at Cedars Church of Christ for decades, was regularly seen running along the Brandywine River during the workday lunch hour, member of the Power Squadron, and spent many of his weekends fishing and relaxing with his wife and family in Lower Delaware. He was well-known at the Downtown and the Brandywine YMCA’s, and led a weekly Men’s Bible Study ministry at Gander Hill Prison. He wrote and recorded many songs for which he sung and played his guitar. He was known for his everlasting and infectious positive attitude. He was known for his strong faith in God and commitment to his family. His spontaneous Bible lessons and intercessory prayers will be missed by those who were blessed to be touched by his life. 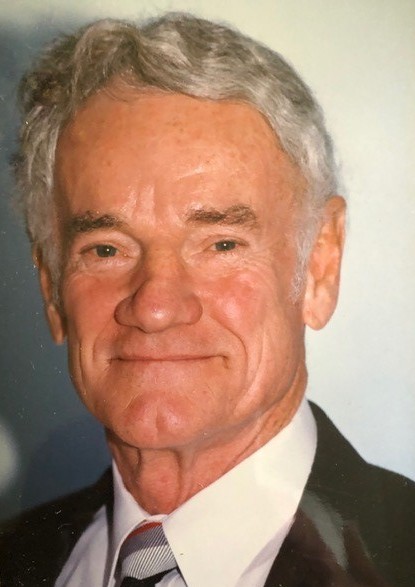 A private graveside service will be held for the family.

Karen Brannock Lester lit a candle and writes,
I am so so to hear of your Dad passing. All my memories of him he was smiling and he was always so nice. You could see the love your parents had for each other. I will be praying for all of you as you go through this difficult time. ❤️
Meredith Salinas lit a candle and writes,
Linda and Family, I am thinking of you during this difficult time. I am sending prayers for peace and comfort.
Elliott zatwarnytsky writes,
We are so sorry for your loss I miss seeing And talking to your dad he was a great person
Mike Barker writes,
The memories I have of John go back more than 50 years as I remember how he lead the congregational singing and taught the adult Sunday school Bible class. His knowledge of the Old Testament was unparalleled-and his strong voice led the congregation well as we blended our voices in song. Blessings to the immediate and extended family as you share your memories and honor his legacy.
Harold and Vincent DeCarli lit a candle and writes,
So sorry to hear this. We have many fond memories of John and Joan from the neighborhood.
Dale Kindregan lit a candle and writes,
John Gaynor was such a special person. His generosity and faith was in a league of its own. We had the pleasure of spending many joyful holidays with Joan and John Gaynor over the last 25 years. I have so many memories of overeating at the Gaynor house at Thanksgiving and having to go home and take a nap. He and Joan Gaynor really were amazing cooks and gracious hosts! He will be sorely missed by his family and friends.
Joel Elrod Melsha writes,
I was saddened to hear of Jack’s passing and know that God will comfort your family with happy memories of your time with him. He was always such a positive and upbeat person, and a wonderful example as a dad and servant leader. I’m grateful for his example and legacy.
Doris Poole lit a candle and writes,
Having been neighbor for years my heart goes out to the Gaynor family. May God be with you Joan, as I lost my husband six years ago. My prayers are with you and your family.
Tim and Mariann Snyder writes,
Blessings on your family as your memories come fast and sharp, and as you thank God again for the immense gift of a father who was both a disciplined disciple, and a discipler, loving his Father and his family above all else. Thinking of you all. Tim & Mariann
Eric mendenhall writes,
I remember all of the days in Lewes and what a great man he was. I learned a lot from your dad and will never forget. Great times with all of you. Eric