John “Jack” Raymond Harrison, who was born and raised in Yorklyn, DE, passed away at his home on Monday, September 2, 2019 surrounded by his loving family. Born on November 18, 1924 in the “Upper Row” of Yorklyn, he was the son of the late Thomas Harrison and Ella Parke Harrison.

Jack was an avid baseball player and played for the Yorklyn and Hockessin teams. He established many life-long friends from the area. He loved Yorklyn and its small community.

Jack’s mother Ella instilled in him the love of photography as she was an avid photographer herself. Jack also made many model airplanes and took an interest in aviation. When he was 17 he enlisted in the Navy and was stationed in Brazil as a Navy photographer during WWII. His years there are chronicled in his pictorial book Fairwing Brazil: Tales of the South Atlantic.

On leave from the Navy, Jack returned to Yorklyn to ask, in his words, the prettiest girl in town – Doris (Dorie) Bennett– to marry him . The couple fell in love and were married on April 3, 1945. They were then stationed in Florida and moved around the US. In 1960 they settled in West Chester, PA and moved to England for 2.5 years. They decided to come back to Hockessin, DE to be close to their parents and friends.

Jack spent over 30 years with Hercules, Inc. as a chemical engineer designing waste water management systems and other environmental projects. When it was time for retirement he continued to work at ERM Environmental Resources Management. Both of these jobs garnered many good friends through the years. He also worked on projects for the EPA and the US Army Corp of Engineers.

Jack’s later years were with his family. He began writing a book entitled “The History of Yorklyn”. Unfortunately, he was unable to finish this book.

Jack is at peace now in Jesus’ arms. He is predeceased by the love of his live, wife Dorie B. Harrison, his kind and loving son Mark Robert Harrison and his lovely niece Joyce (Joann) Ann Meloni. He is survived by his daughter Nancy Harrison Geoghegan, his son-in-law Brian Geoghegan. His grandsons Nicolae and Ben Geoghegan. His daughter Lynn Harrison. His daughter Susan Harrison Werner and his son-in-law Harry Werner. His grandchildren Harry Phillip Werner and Robin Werner Baran. Robin’s husband Kevin Baran and his great grandchildren Anna, Sam and Caroline Baran. Nephew George Harrison and his two children Samuel and Ella Harrison. His grand-nephew Jason Meloni and his family. Cousin James P. Harrison. Sister-in-law Fern Bennett.

A funeral service will be held on Monday, September 9, 2019 at Chandler Funeral Homes in Hockessin, DE. The funeral service begins at 10am followed by an 11am burial at the Hockessin Friends Cemetery. There will be Military Honors. 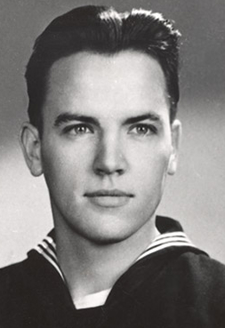 A funeral service will be held on Monday, September 9, 2019 at Chandler Funeral Homes in Hockessin, DE. The funeral service begins at 10am followed by an 11am burial at the Hockessin Friends Cemetery. There will be Military Honors.

Carol & Tim Houseal writes,
Nancy, we are so sorry to hear about the passing of your dad. What a great man and highly accomplished. He will be missed in our Foxmeadow community. If you need anything, please reach out. Carol