He was born in Wilmington, Delaware to Margaret Porter and John Speakman. Jack attended Friends School and graduated from Cheshire Academy in Cheshire, Connecticut in 1957.

Jack sold cars for a number of years at Delaware Olds, owned and operated Speakeasy Liquors for several years. He served on the Board of Wilmington – Brandywine Cemetery and was a member of Wilmington Country Club.

As a boy, he went to camp in Maine and continued to enjoy summers on Sebago Lake for more than 25 years as an adult. Later in life, he and his wife, Rita, spent their winters in Arizona, enjoying golf, the warm weather and blue skies. Jack had a wonderful sense of humor and could make people laugh by his antics as well as dry wit. He loved animals as witnessed by the many dogs that spent their lives with him – Scotties being a particular favorite. Jack was an avid sports fan. Philadelphia teams, especially the Phillies were a favorite.

He is survived by his wife, Rita, of 50 years; daughter Ginny Jordan (Jay) of Germantown, Tennessee; grandchildren Conner Jordan (Bailey) and Sarah Jordan and brother, Porter Speakman of Charlotte, North Carolina. He is predeceased by his parents and sister, Jill.

Special thanks to the staff at WillowBrooke Court for their kindness and caring. 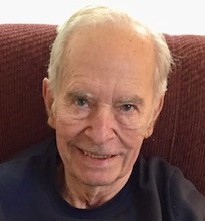 Visitation will be held at Chandler Funeral Home on Concord Pike at 10:00 AM Tuesday, May 17 followed by a short service at 11:00.

J. Brian Murphy lit a candle and writes,
There was only one...so much enjoyed being in his company..God Bless Jack and Rita and family ...rest in peace Speakeasy
Don and Suzie Pearson lit a candle and writes,
We have great memories and fun times playing golf with Jack and Rita; what Jack could do with his putter was amazing; not only on the green, chipping or pitching but even out of a sand trap! We miss him knocking on our door with sweet Sir William and now Dexter. We are blessed to have known him. We agree there is only one like our Jack.