Joan Underwood Walls, aged 92, passed away peacefully on February 2, 2020 at the Country House in Greenville, Delaware.  A lifelong resident of Wilmington, Joan is preceded in death by her beloved parents Ruth and Clarence Underwood and the love of her life, Wilcie “Wes” Walls.  She is survived by her sons, Chris, of Ormand Beach, Fl., Scott of Las Vegas, NV,4 grandchildren and 7 great grandchildren.

One sunny summer day, Joan met the love of her life, Wes.  Even though they were both lifelong residents of Wilmington and grew up only blocks away from each other, they first met on Cape Cod. They wed in 1954 and spent the next 64 years together before Wes passed away in 2019.   Together, they raised their pride and joy, their sons, Chris and Scott.

Joan played an active role in the Wilmington community, including joining The Junior League and was elected president in 1966. Joan ventured into the business world and opened a gourmet cheese shop in 1973, The Country Mouse with her husband Wes in Centerville.  She expanded and moved the business to Greenville before retiring in 1986.

Joan’s one special place was Stone Harbor, New Jersey.  Joan and Wes purchased their beloved cottage in Stone Harbor in 1966.  The entire Walls family and a host of friends spent many fun filled days and nights just simply enjoying life.   Their love of travel and warm sunny beaches took them to many places and found Joan and Wes in St. Croix, and Siesta Key, Florida for many winters.

Joan’s grasp of the English language kept everyone on their toes.  Despite this, she was quick to give a wink and raise a glass of cheer and will be remembered for her subtle wit and twinkle in her eye.

No services will be held. Condolences may be sent to Scott Walls 895 Sunset Cliffs Blvd, San Diego, CA 92107. The family wishes to thank all the wonderful and caring staff at The Country House for everything they did for our parents. In lieu of flowers, please donate to your favorite charity and God Bless. 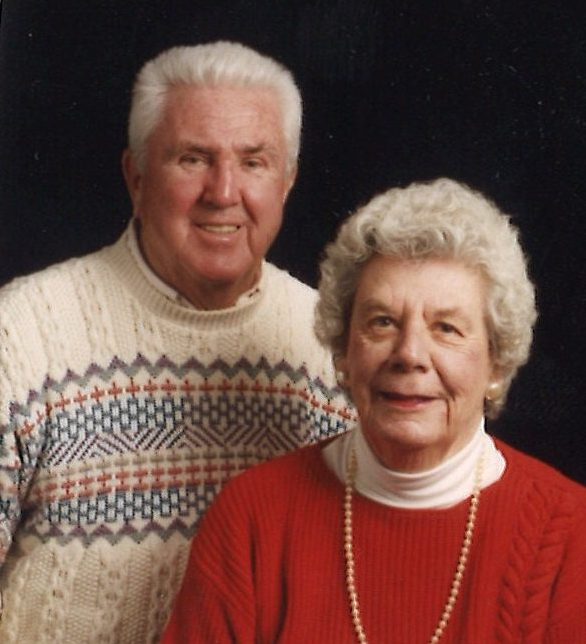 No Services will be held. Condolences may be sent to Scott Walls 895 Sunset Vliffs Blvd, San Diego, CA 92107. The family wishes to thank all the wonderful and caring Staff at The Country House for everything they did for our Parents. In lieu of flowers, Please donate to your favorite charity and God Bless.

Karen A. Bennett lit a candle and writes,
Fond memories of Joan sitting out in the sun at Country House and sharing her love of Junior League with me . Having her cocktail and giving me a wink❤️
Bob and Della Rickards writes,
Scott and Chris....So sorry to see in the paper the passing of your mother Joan...Your parents were very special to us. As their back door neighbor in Stone Harbor, ( next to the Simpsons ) we had many visits to their family room for a 5 o' clock cocktail...I also enjoyed your Dad's many visits to my drive way on his red scooter.. I went to the Devon a few years ago to visit them and buy the scooter. Today I just came out of the garage here in Stone Harbor to check on the bike ( it's in great shape )....Your parents loved this island so much . We moved to 90th St in 2002 but still saw your parents when they were down....We also continue to drive down from Wilmington because we share their love for this piece of Paradise. Our thoughts and prayers are with you...Your parents are loved and missed. Bob and Della Rickards