Jeanine Altoe, 95, passed away at Christina Care Wilmington Hospital on July 30, 2022, after a short illness.

She was born in Lille (Houdain), France in 1927 to Jean Marciniak and Madeleine Kodarowska. While growing up in France, Jeanine experienced the war in Europe firsthand, a time in her life she rarely spoke about.

After WW II, Jeanine worked a short time in Great Britan as a nanny before coming to the United States where she settled with her Aunt-Eleonor Korup. Through her long life, Jeanine had many talents but she excelled mostly as a seamstress, a baker and an avid reader. She worked as a baker for Reed’s Bakery and later at the Imperial International Delicatessen.
Jeanine is predeceased by her husband Frank Altoe who passed away in 2015 and her five siblings: Vincent, Jean, Anna, Edmond, and Felix.

She is survived by her sons John and his wife Michelle of Earlville, MD and Franco Dino and his wife Ann of Rockland, DE; daughter Renee Altoe of Edgewood, MD; grandchildren Christopher John Altoe and Amelia Christine Altoe and her fiancé Justin Pepper; and three great grandchildren Tyler, Cayleb and Collan Altoe. Also, she is survived by her step-grandchildren Lisa Allred and her children Finley, Erin and Millie; and Nicholas Kondraschow and his daughter Briley. She is predeceased by Reas Kondraschow, Jr. 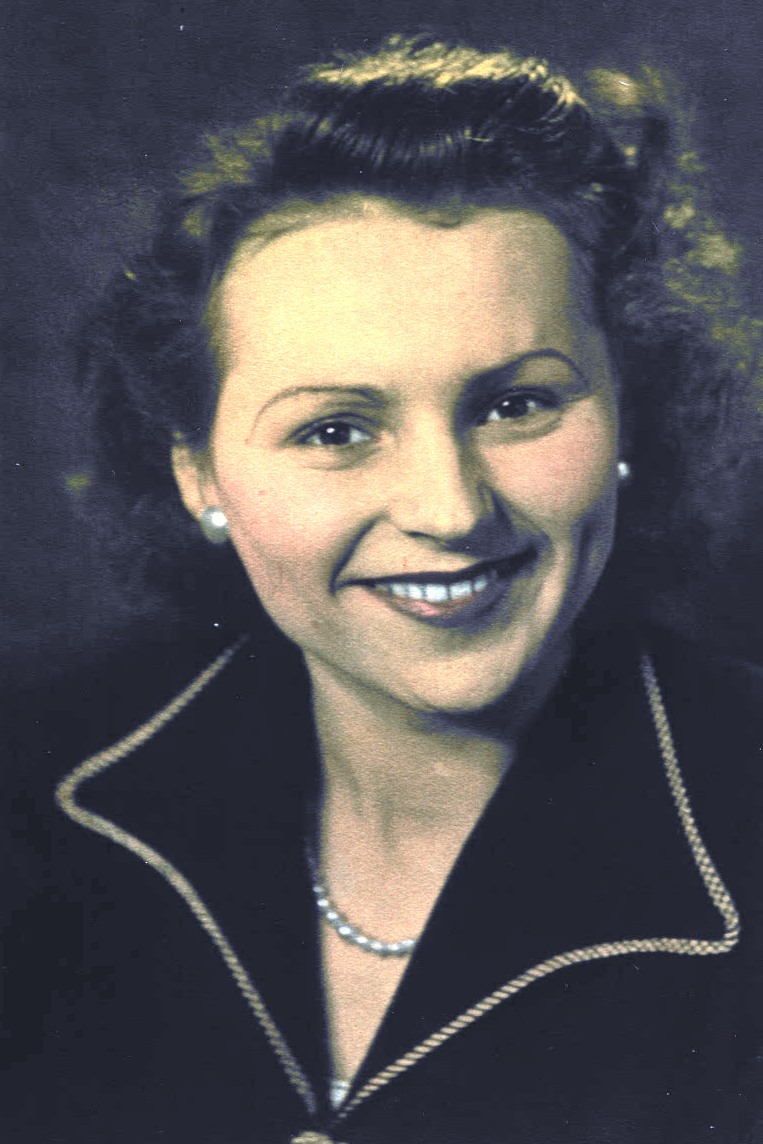 Geri McGinnis (Korup) writes,
John, Dino and Renee. I am so sorry to hear of your Moms passing. I have not seen her or any of you since a very young age. I do have very fond memories of your family though at my Babcia Korups house many years ago. My condolences to all of you. May she Rest in Peace. Prays for all.
Madalyn (Petrucci) Petit writes,
Dear Ann and Dino, I am sorry to read of your loss. Dino, your mom’s obituary describes an interesting woman whom I wished I had known.
Barbara Conway writes,
Dear Renee and Family, I am so saddened to just learn of your dear mother’s passing. She was a wonderful neighbor and friend, and I will miss her terribly. She had the most beautiful gardens, especially her peonies and roses, which she lovingly tended until just prior to her passing. She adored my little dogs and they adored her, especially my little French Bulldog. Much love to you all.
Terry Truono writes,
My sincere condolences to the family of Jeanine. I will always remember our conversations and laughter we shared together. A wonderful sincere person that I feel blessed to have known. I am sorry for your loss, she will be sadly missed and fondly remembered.
Norma Jean (Veasey) Welsh writes,
John, Dino and Renee… I know you all have oh so many great memories. May they sustain you through this difficult loss. I walk in Arden occasionally and have run into your mom a few times. She was so friendly and quickly recognized me. I have fond memories of you and her and have always looked up to her. Thinking of you and your families…
Nina (Downes) Vaughn lit a candle and writes,
Dino and Renee so very sorry for your loss. I often would see your mom walking or in her yard. Prayers for your Family. She was such a lovely lady.
Vincent and Maria Eoppolo writes,
Dino ...Maria and I are so sorry for your loss..our condolences to your family