Jane Frelick, née Jane Owen Hayden, age 99, wife of the late Robert Frelick, M.D., died on September 4, 2019 at the Lorelton in Wilmington, Delaware. Born in Chicopee, Massachusetts, she was the daughter of the late Oliver Mills Hayden and Dorothy Lucille Clark Hayden. The family moved to Delaware in 1926.
As a 1937 graduate of Friends School in Wilmington, Jane Frelick was the last living student who attended the location at 4th and West Streets. Jane graduated with a BA from Oberlin College and a masters-in-nursing from Yale University. She joined her husband and worked as a civilian nurse with the occupation forces in Germany in 1946-47. Bob and Jane then returned to Wilmington, where they established a medical practice from their Deerhurst home office on Murphy road which served the community for 30 years. They moved to her parents’ home in Westover Hills in 1976.
Jane’s home was a welcoming sanctuary to itinerant opera singers, exchange students, foreign travelers and refugees, as well as far-flung family and friends. Jane was active in numerous national and local organizations, including the PTA, the League of Women Voters, Opera Delaware, and PFLAG. She was an active member of the Unitarian Universalist Society of Mill Creek. She was active in campaigns to educate children against smoking, to stop gun violence, and to promote fluoridated water and safe and legal abortions. Her volunteer activities included tutoring at the Baylor Women’s Correction Facility and the Ferris School and serving on the advisory board of the Delaware Center for Justice. Starting with a singing role in 1936, Jane was a lifelong member of the Brandywiners. She was active in amateur theater, and at age 94 performed in the local movie, The Wilmingtonians. At the age of 90, the Delmarva Blood Bank honored Jane for having donated over ten gallons of blood. She received the Wilmington Friends School Alumna of the Year award in 1982.
Jane Frelick is survived by five children: Susan Goekler of Rehoboth DE (Mac Goekler); Alcy Frelick of McLean VA (Bill Martin); Sally O’Byrne of Wilmington (Terry O’Byrne); Bill Frelick of Columbia, MD (Helen Lann); and Scott Frelick of Wilmington. Also surviving are nine grandchildren (Jim Wooley, Krista Register, Victoria Martin, William Martin, Hayden O’Byrne, Ellie Anderbyrne, Claire O’Byrne, Talya Frelick, and Jacob Frelick), and eight great-grandchildren (Hailey Curtiss, Lucas Wright, Rivka Anwander, Ari Anwander, Annika Anderbyrne, Lisa Anderbyrne, Charlie Teague, and Robbie O’Byrne), many nieces and nephews, Jane’s one cousin Donn Jourdan of Connecticut, and many people whose lives Jane touched.
A Memorial Service will be held at the Unitarian Universalist Society of Mill Creek, 579 Polly Drummond Hill Rd, Newark, DE 19711, on Saturday, October 5, 2019 at 2:00 p.m. Interment will be private.
In memory of Jane, please donate blood to your local blood bank or hospital or make a memorial donation to Delaware Center for Justice, 100 W. 10th St. Wilmington, DE 19801. 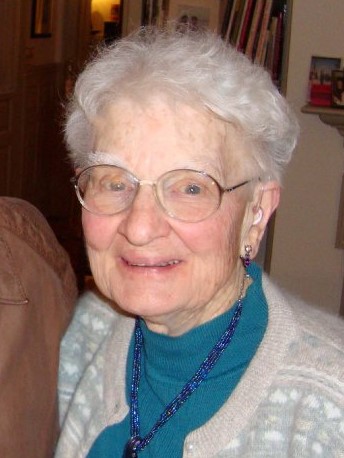 A Memorial Service will be held at the Unitarian Universalist Society of Mill Creek, 579 Polly Drummond Hill Rd, Newark, DE 19711, on Saturday, October 5, 2019 at 2:00 p.m. Interment will be private.