Jim Skelly passed away on November 19, 2022, from complications due to dementia. Jim was born in Louisville, KY in 1945. His family moved to Wilmington, DE shortly thereafter.

Jim attended Tower Hill School in Wilmington, DE, and Canterbury School in New Milford, CT, where he played football, basketball, and baseball, graduating in 1963. He went on to attend the University of Virginia, earning a Bachelors in Economics and Business in 1967. While at UVA, Jim was a proud member of the Delta Phi fraternity and rarely missed a chance to spend time with his fellow Elmos.

Jim’s career spanned almost 30 years in banking, followed by 20 years in real estate. He was an avid tennis player and a die-hard UVA and Philadelphia sports fan. Jim rarely missed a Tower Hill, Canterbury, or UVA Homecoming or reunion. He was an active member of the UVA Alumni Association, through which he and his wife of 47 years, Fern, enjoyed several international trips, making lasting friendships with other alumni. Known for his kindness and gentle manner, and his impressive ballroom dancing, Jim was respected and admired by everyone who knew him.

In lieu of flowers, please consider a donation to The Alzheimer’s Association or to Tower Hill School In Memory of Jim. 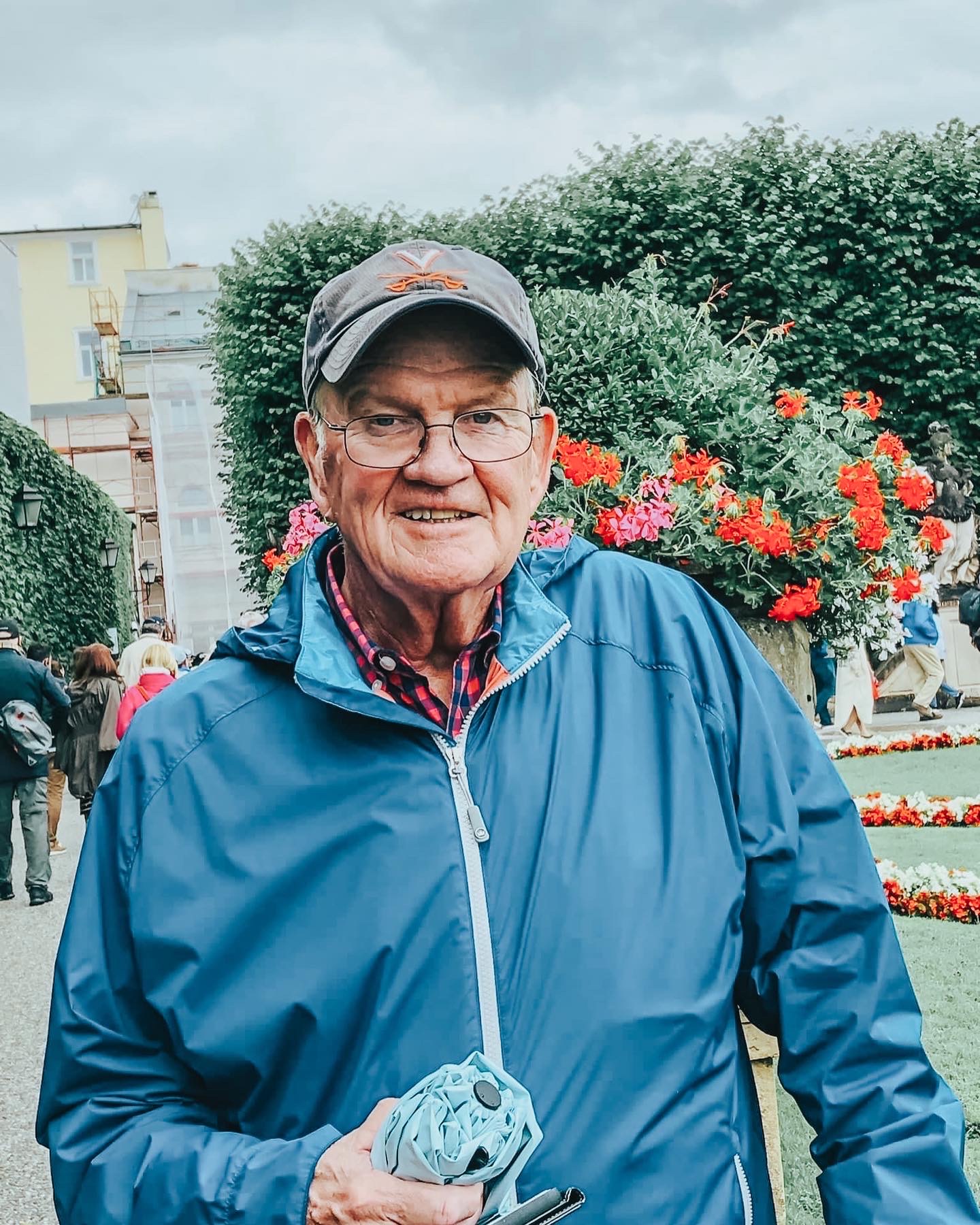 Friends and family are invited to attend the Celebration of Life reception at Wilmington Country Club located at 4825 Kennett Pike, Wilmington, DE on Tuesday, December 6, 2022 between 4pm-6pm. The funeral service to precede the reception will be private.

Madalyn Schultz Petit writes,
Dear Layton, I send my sincerest condolences to you on the loss of your dad. You and your family are in my thoughts. Madalyn
Cheryl A Keil lit a candle and writes,
Fly free with the Angels, Jim, and Fern, you be strong
Rosemary Connelly lit a candle and writes,
Dear Fern and family, I am so very sorry to hear of the death of your precious husband, father, grandfather. There are no words I can say that will truly ease the pain of losing such a special person. You know I know what it is like. My heart goes out to you. Rosemary
Darlene Mariconda lit a candle and writes,
My dearest cousin Fern and family, I’m so sorry to read the passing of your beloved husband, father and grandfather. Sending my deepest condolences to you all along with much love and prayers. May he rest peacefully in paradise ❤️🙏🏼
Fern writes,
So sorry for your loss Fern, be strong in this hard time. You have great memories to get you through as well as family.
Liz Griffin writes,
Dear Layton, Hadley, and Harper, I am so sorry for your loss. You are all in my thoughts and my prayers are with you. May Jim’s spirit be free and soar! I know he loved you all so much! Love, Liz
Haley Mears lit a candle and writes,
Jim was such a kind, loving man and I know how much he absolutely adored his whole family. I feel lucky to have grown up around fathers like him, and I’m so sorry for his loss. I hope the deep and abiding love he had for his family provides some measure of comfort during these times. My condolences and love to all.
Nancy Baidas writes,
My deepest sympathy to you. His love will forever be with you. His loving and gentle ways will remain in your hearts. My heart is with each and everyone of you. God Bless
David P Como lit a candle and writes,
Fern, my prayers are with you and your Family.
Justin Sean Callahan lit a candle and writes,
Jim was one of the best, prayers for you and your family.
Des Barry lit a candle and writes,
Jim was a a wonderful friend at Canterbury and I pray that he rests peacefully for eternity.
Dan Shaughnessy ‘67 lit a candle and writes,
Dear Fern and family, Judy and I were informed recently of Jim’s passing through Canterbury channels. We want to express our sadness and send our heartfelt sympathies and prayers to you and Jim’s family. Jim was a great friend at Canterbury where We first met. Then later when we had occasion to meet you Fern. So sorry, Dan and Judy Shaughnessy
Priscilla and Bill Dugdale lit a candle and writes,
Dearest Fern and Skelly family, You are in our thoughts, hearts and prayers God Bless Priscilla and Bill
Maureen Fullam writes,
Dear Fern and family, I extend my sincere condolences. You, Jim and the children lived a beautiful life together. May you take comfort and joy in this until you meet again. My thoughts and prayers are with you during these days. Love, Maureen