James Stephen Traudt, 76, of Hockessin, DE, formerly of Gulf Shores, AL passed away on September 2, 2020 at Christiana Hospital in Newark, DE after a brief but courageous battle with leukemia.
“Steve”, as he was known by all, was born in September of 1943 in Montgomery, AL. He graduated from Sidney Lanier High School in 1961 and from the University of Alabama in 1966 with a BS in Civil Engineering. Steve began his 33 year career at Texaco in Port Arthur, TX in 1966, where he met “Saint” Anna Mazzola. Steve and “Miss Anna” were married in Orange, TX in 1973. Steve’s career took his family to Anacortes, WA; El Paso, TX; Spring, TX; Pembroke, Wales; and finally Hockessin, DE. He retired after 33 years and his retirement days were filled with woodworking, collecting, and crossword puzzles, but his favorite pastime was spending time with his seven amazing grandsons (and two bonus grandsons), especially in Gulf Shores, AL. He truly enjoyed spending his weekends cheering on his grandsons at football, basketball, wrestling, and lacrosse games.
Steve was preceded in death by his parents, John “Jack” Henry Traudt and Mary-Emma Ryan Traudt and his father-in-law and mother-in law Michael A. Mazzola Sr. and Josephine Colletti Mazzola.
In addition to his wife, Anna, Steve is survived by his son John M. Traudt and wife Sammye of Middletown, his daughter Tiffany A. Aldas and husband German Aldas Jr. of Hockessin, and his daughter Stephanie R. Conway and husband Rich Conway of Newark. Steve also considered J. Carlos Aldas and Maya Aldas, of Wilmington, as his children. Steve is survived by seven amazing grandsons who loved their Paw Paw very much. Trey Aldas, Michael James Aldas, Charlie Conway, Victor Traudt, Ethan Ryan Aldas, Roman Traudt, and Ryan Stephen Conway, as well as his two bonus grandsons L.J. Aldas and Cade Aldas. Thank you Paw Paw for all you did for us. Steve is also survived by his sister Sandra Stanley of Richland, WA, brother Jon Traudt of Foley, AL, brother-in law Michael A. Mazzola Jr. and sister-in law Kitty Mazzola of Orange, TX, his nieces Amy Knobbe, godchild April Bradshaw, and Melissa Carson, his nephews Michael F. A. Mazzola and Ryan Traudt and his godson Jared Strahorn.
Services will be private in Gulf Shores, AL and Orange, TX, later this year.
In lieu of flowers, please send all memorial contributions to the Leukemia and Lymphoma Society at Charity.gofundme.com/o/en/campaign/steve-traudt-memorial-contributions. 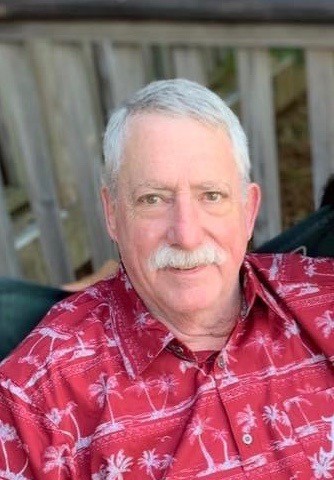 Services will be private in Gulf Shores, AL and Orange, TX, later this year.

Shane Willis lit a candle and writes,
We are very sorry for your loss. Y’all will be in our thoughts and prayers. Rest In Peace Steve.
Paula Moore Perry writes,
Anna, So sorry about your loss. My deepest sympathies and prayers for you and your family. Paula🙏😥❤
Sara Simasek writes,
This is a lovely tribute! I am sending love to all of you- I know that your beautiful family will hold each other up as you mourn the loss and celebrate the life of Steve. Share stories and over time the pain will become less sharp, and the memories will come bring healing smiles. ❤️Sara Simasek
Cherie Loyacano lit a candle and writes,
We are so sad to hear this news, and so sorry for your loss. Anna and family, you all are in our thoughts and prayers. 🙏🏻❤️ David, Cherie, Madi, and Kelsey Loyacano
Ben J Barnett writes,
Steve was a wonderful man with a loving, beautiful family. God bless all the Traudts and Mazzolas.
Jenn Walters and family writes,
I will greatly miss his calls looking for Ms Anna at cfp, his amazing special creations (that all have his name and date somewhere underneath), his birdhouse and bug box designs that will live on for years and years to come. What a lucky life to have so many people love you so much. The warmest hugs to Ms Anna, Stephanie, Rich, Tiffany, German, John, Sammye, and everyone else who loved him so deeply.
Denise Strahorn writes,
Thirty-five years ago, we were blessed with meeting Steve, Anna, and their children. Everyone was always warmly welcomed in their home. Remembering Steve always brings a smile to one’s face. His sense of humor will always be remembered, as well as his soft spot for children and meticulous projects in his workshop. His counsel during rough times was appreciated. To Anna and family, my deepest sympathy. May his memory and his example carry on with his immediate and extended family throughout their lives.
Debbie Marckese lit a candle and writes,
Deepest sympathy for your loss.
Jarrod Fala writes,
Mr. Steve was a mountain of personality. So many memories. May the lord welcome you. The Fala family.
Liz Mazzola Oliva lit a candle and writes,
Anna, John, Tiffany, Stephanie & Family- You can’t even imagine how sad I feel for you. “Mr. Traudt” “Uncle Traudt” has always had a special place in my heart. May God comfort you during this time. And we will see you in December when you are in orange. Love love love all of you. He suffers no more Lizzie😇💔❤️💋🙏🏼
Jared Strahorn lit a candle and writes,
I've been out of service for the past 11 days, and just found out. My condolences to the family. I've always said that I am a man born of two father's. The profound impact that Mr. Steve had on me can not be stated properly with words. I owe a huge debt to the Traudt family and will cherish my memories of Mr. Steve.
The Bidgood Family: Tom, Heather, Reed and Colby writes,
Our thoughts and prayers are with you all in this time of great sadness. He was such a wonderful joy to everyone who knew him. We will miss him.
David Cole writes,
Anna, I just got off the phone with your brother Mike on State Farm business, and he gave me the bad news that Steve had passed away recently. My sincere condolences to you and all of the family. I had the opportunity and privilege of working in the office next door to Steve's office in the Texaco Rusk Building in Houston for several years in the early 1980's. We always had spirited and lively discussions during "coffee break" time, and I do remember very well his wit and humor. As a matter of fact, it was partly Steve that hooked me up with Mike when I moved to Port Arthur in 1984, looking for an insurance agent, and I've been with MIke for the last 36 years. Although Steve is gone, I'm sure the cherished memories of Steve will remain with you through the days ahead and lift your spirits when needed.