James Green Sr., age 73, passed away peacefully at 5:24 p.m. on October 12, 2020, at his home in Wilmington, Delaware, surrounded by his loving family. He was too busy enjoying life to waste any of his precious time dying.

Jim was raised in Berwick, Pennsylvania, the first son and third of six children of Samuel Green and Anne Quigley.  His Berwick High School classmates intuitively recognized him as “Most Likely to Succeed.” Upon graduation, he left Berwick for Princeton University (B.A. ’69), where he brought his black Converse All-Stars and became a trendsetter before it was a thing; played left guard on the football team; set a deadlift record as captain of the weightlifting team; and took meals at Ivy Club. After theorizing on the religious sensibilities of Sandro Botticelli at Princeton, further schooling was inevitable.

Jim received a juris doctorate from Villanova University School of Law (’72) and moved his wife and young family to Wilmington to start his legal career.  He was a prosecutor in the Attorney General’s office and a partner at Connolly Bove Lodge & Hutz and later at Duane, Morris & Heckscher before co-founding Seitz, Van Ogtrop & Green, P.A. in 1999. He was an old-school trial lawyer, representing both individuals and large corporations in diverse, sophisticated matters. He gained the respect of his clients, the bench, and the bar for embodying the Delaware way of excellence, civility, and compassion. Jim was inducted as a fellow into exclusive professional associations, but they were less important to him than inviting a client to his home after a favorable decision.  His friends were his clients, and his clients became his friends.  Jim loved sharing stories and lessons-learned; he was a willing and devoted mentor.

Jim woke daily at 5:24 a.m.  On weekday mornings, he had his coffee, read the News Journal and drafted impassioned letters to the editor never to be sent, packed lunches, walked his beloved dogs, and wrote notes to each of his kids and wife, before catching the bus into town to get to work. The law was his jealous mistress to which he dedicated study and a steady courtship; but he remained balanced by an understanding and appreciation for the vast beauty of life and humanity. Jim returned home nightly in time to take his kids to practices and sit down for dinner with his family, before dozing off in the haze of late-night spaghetti westerns, conjuring the cool confidence of the outlaw Josie Wales for the next day’s adventures.

On weekends, he tinkered with his hand-dug koi pond, drove cross-country to soccer tournaments, and wondered why his solid range game just didn’t transfer to the tee box. On vacations, he stopped to see Pedro south of the border more times than necessary, marveled at the sheer “old”-ness of European architecture, frightened trout with his hand-tied flies, and sat toes up with a cocktail, rapping on the intricacies of his hobby of the month or on how Delta blues came to inspire the visions of Johanna.

Above all, Jim was a gentleman.  He possessed unparalleled generosity, kindness, humor, and wit. He was ever self-aware, and still endlessly selfless. Jim will be missed by his family, friends, and all people and animals that had the pleasure of sharing life with him. He empowered us all to be better, and we will strive every day to live in his light.

Immediate family members will hold a private ceremony at his cherished cottage by the lake in Eagles Mere, Pennsylvania.  A public memorial service will be held at a future date when safety allows; please send an email to JimGreenMemorial@gmail.com to receive notice of plans for his celebration of life. In lieu of flowers, consider a donation to Big Brothers Big Sisters of Delaware (bbbsde.org) or Faithful Friends (faithfulfriends.us). 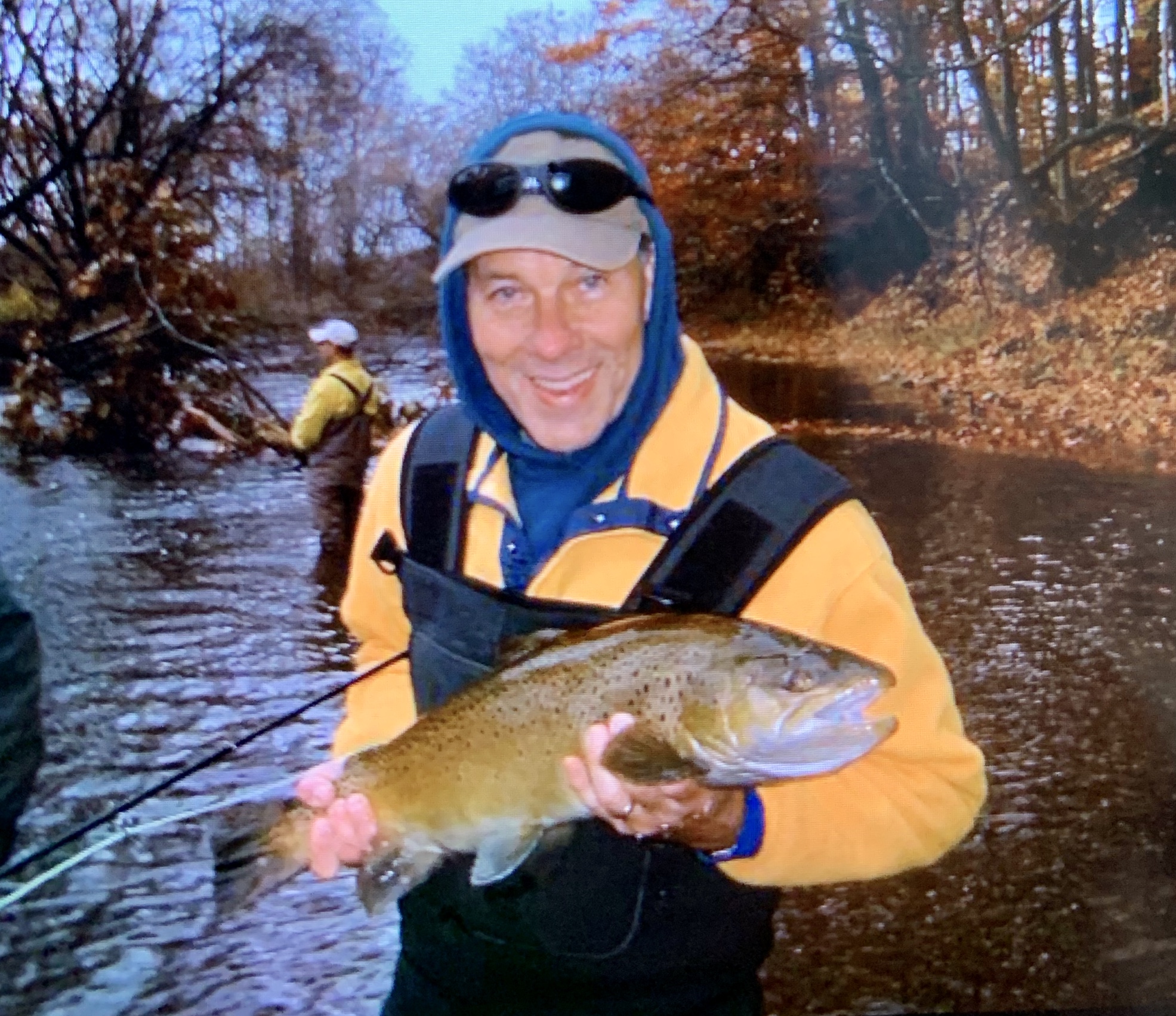