James Francis Ward Jr. passed away peacefully on the evening of November 14, 2022, at the age of 91, with his family members by his side. Jim was born in Chicago, IL in 1930, to parents James F. Ward Sr. and Helen Drexel Ward. He was predeceased by his wife of 65 years Joan, his brothers Thomas and Neal, and is survived by his brothers Jack and Bernie, and his sister Susie.
Following a courtship that began in high school, he married the true love of his life Joan Fields in 1954. They soon moved to South Carolina, where Jim began his career with the DuPont Company. Prior to their marriage, Jim graduated with a B.S. Degree in Chemical Engineering from the Illinois Institute of Technology.
Within the next ten years, they had seven children: Jimmy, Terry, Kevin (Karen), David, Carol, Lynn (Wayne) and Patrick (Loretta). Jim loved his family above all else. Jim was then transferred to DuPont headquarters in Wilmington DE, where they remained to raise their children and complete their life. Included in that completion was the addition of seven grandchildren: Cody and Owen Robinson, Rachel, Kelly, and Charlotte Ward, Amanda and Samantha Ward.
Jim also enjoyed all sports, especially golf. He was fortunate enough to attend the Master’s Tournament for several years, always accompanied by his lifelong friend Kish. There was always a crowd at the Ward household, and usually a game of wiffleball, basketball, football, tag, kick the can or some other game to keep everyone entertained.
We will all miss Dad but find solace in knowing he will be reunited with our mother.
Goodbye for now Dad.
A Funeral Mass will be held on Wednesday, November 23, 2022 at 11:00 AM at St. Mary Magdalen Church, 7 Sharpley Road, Wilmington, DE 19803. A visitation will be held prior from 10:00 to 11:00 AM. Interment will be private. 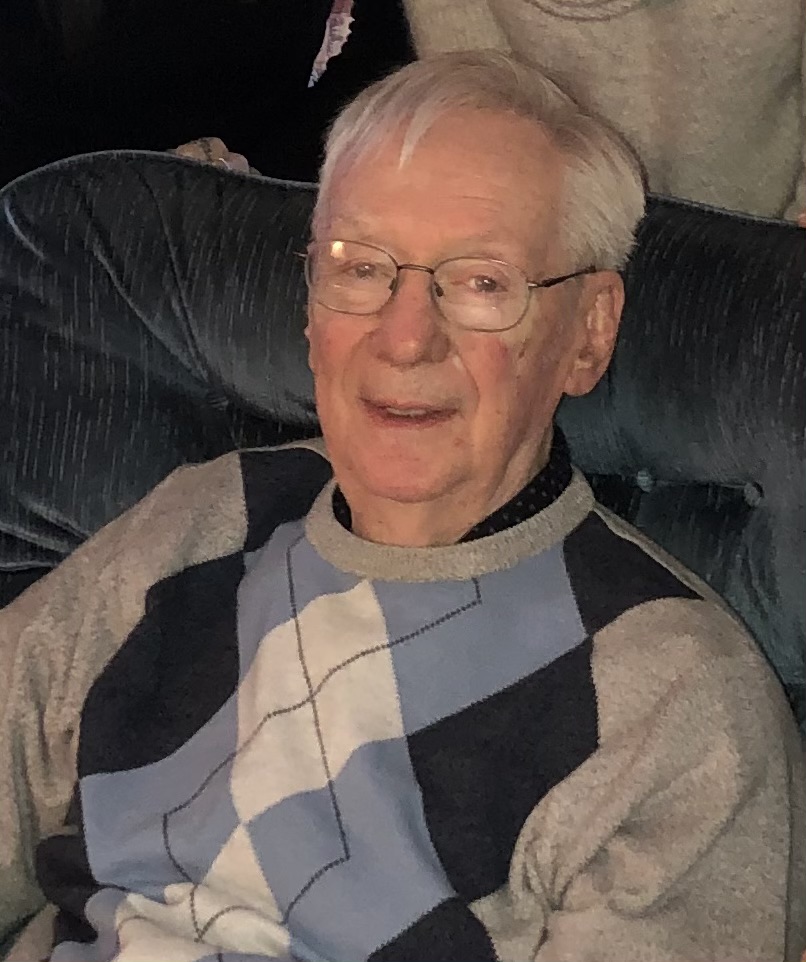 Ken Ward writes,
Uncle Jim and Aunt Joan were wonderful people. When I moved to Maryland they welcomed me to their home for several Thanksgivings and made sure I knew that I was always welcome. They always were hospitable and friendly. It didn't matter to them at all that I hadn't seen them since I was a little kid. I felt so happy to share those times with them and their seven adult children (who also welcomed me). They were gracious and generous people and I will miss them.
jim english lit a candle and writes,
Heartfelt condolences to Patrick and all family. I heard many stories about Mr. Ward. They were funny but always with a strong element of endearment and love. Jim and Angie English
Mary Strouss Moore writes,
I fondly remember Mr Ward, not only as my neighbor, my friends’ father, and my parents’ friend, but I especially remember being there with him, Mr Kishbaugh, and Janet Kishbaugh at the Masters in 1980. What a wonderful time we had! Since Janet was with her dad, he stepped in as my substitute dad those few days! Lol My sincerest condolences to all of you kids who were so much a part of my siblings’ and my life growing up in Berwyn Road. Wishing you peace and many happy memories. XO
Joseph Fields writes,
Sending my condolence across the miles from Chicago to my Ward cousins and their extended families. May Aunt Joan and Uncle Jim now be joyously reunited in Spirit. Take Care and Be Well, All -- JF