James A. Hunter, 92, passed away on December 31, 2020. Jim was born in Chester, PA to William & Martha (Craig) Hunter, Scottish immigrants. Jim grew up in Claymont, DE, served in the Merchant Marine, then enlisted in the US Air Force and served in the Korean War.

Jim met the love of his life, Mary Moore of Cherry Hill, MD on a local tennis court. After their marriage, he graduated from the University of Delaware, moved to Schenectady, NY and began his career with General Electric before joining Hercules, retiring in 1989.

At age 45, Jim began bagpipe lessons with master piper Robert Waters. For the next 44 years he was a very active piper in the Wilmington and Delaware valley area. Jim was a Life Member of the Washington Memorial Pipe Band. On Friday evenings, for over 18 years, you would find Jim bagpiping at Fieldstone Golf Club.

In 1990 the Seamen’s Center of Wilmington was established at the Port of Wilmington. Jim was the first volunteer to sign-on, welcoming and assisting seafarers arriving from around the world. 30 years later at the age of 91, Jim retired as an active volunteer and remained a member of the Board of Directors. For Jim’s service, he was given the Governor’s award from the State of Delaware. Jim was a long time member of the Claymont Men’s Romeo Club.

Jim was pre-deceased by his parents and sister Janet. He is survived by his loving wife Mary, with whom he shared 62 wonderful years, daughters Kathryn Christensen (Gregg), and Deborah Wersinger (Jeff), granddaughter Jordan Wersinger, his sister Isabelle Francisco, and 12 nieces and nephews. The family would like to thank the Country House employees for the love and care they have provided over the years. 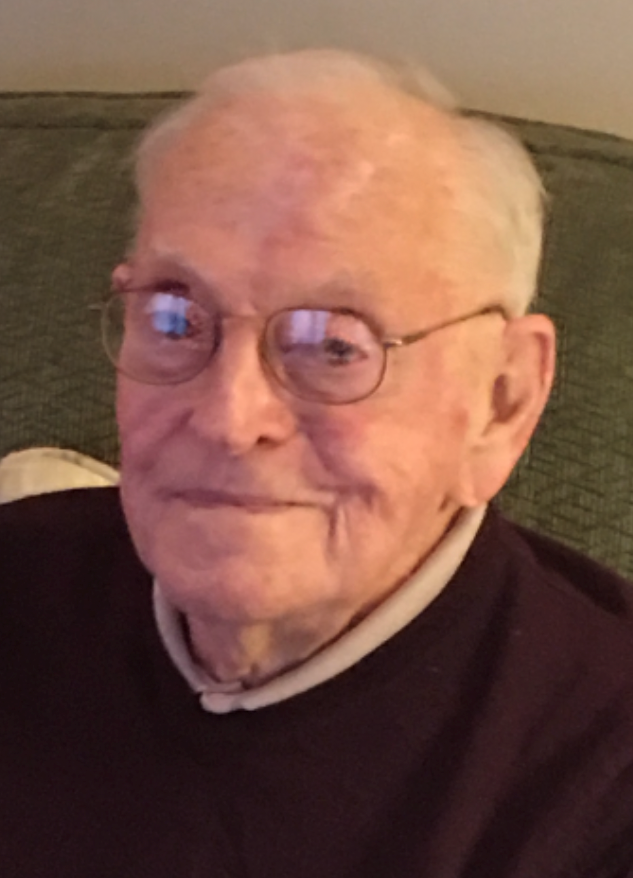 Due to COVID-19, a celebration of Jim’s life will be held at a later date. Burial will be private.

Mary Gannon lit a candle and writes,
My Uncle Jim was such a wonderful man. After I lost my Father and Mother(his sister in law), He and Aunt Mary became our surrogate family. We had so many wonderful times. Amazing memories we made together. We love you and will always hold you, with happiness in our heart forever.
Dennis Donahue writes,
RIP Jim. I’m sure your spirit will be with us celebrating St. Patrick’s Day....we’ll save you a stool !
Waters Family lit a candle and writes,
A true gentleman and a great friend to our entire family and fellow bagpiper for many years, he will be missed by all of us. We’re no’ awa’ tae bide awa’.
Holly Douglas writes,
I was a former nurse to Jim and Mary in assisted living. Jim was a kind and funny man. He talked about all the parties he went to at my house. The previous owners were the Waters! We also had a mutual bagpipe friend. Jim loved volunteering at the seaman center. He liked meeting friends for lunch. Especially the yearly get together with his fellow co-workers and secretaries. Jim loved Mary very much. He was a very caring husband. I will miss him, but feel fortunate that I knew him. Holly Douglas
Bruce Murray writes,
Jim was a dear friend. We met through his piper instructor and our mutual friend, Bob Waters. We learned we had lot in common...we were both of Scottish descent, we had both served in the Merchant Marine, and we both had sereved in the US Military. Jim loved the pickled green tomatoes I made each fall. We enjoyed many a wee dram together. He was a true Christian gentleman. The world is a lesser place without him.
James Raymond Hunter writes,
I was saddened to hear the news of Jim's passing. I always admired Jim both as a professional and as a coworker. He treated everyone, regardless of their position at Hercules, with total respect. One of my coworkers at Hercules came up with a solution to distinguish which Jim Hunter you were talking about with this suggestion. When you are talking about James A. Hunter, you say Jim Hunter and when you are referring to me, you should say the unsuccessful Jim Hunter, so we had some fun with that. My condolences to family members and may he rest in peace.
Anne Waters Wheeler lit a candle and writes,
Jim was like a member of our family. I have so many wonderful memories of St. Patrick's Day parties with him and at other family gatherings. He was such a gentlemen with a great sense of humor. And of course, a fantastic bagpiper. And boy did he love Mary! Jim, you will be truly missed. St. Patrick's Day will never be the same but I know you'll be there in spirit - you always liked a good party! Anne
Doris McCave writes,
My late husband(Herb) and I have wonderful memories of Jim and Mary---dining together, etc. I just received a Christmas card from Jim and was so sorry that he had passed away. He was a wonderful person and very caring.
Karin Parsons lit a candle and writes,
What fond memories I have of Mr. Hunter! As next-door neighbors and good friends of Kathy and Debbie growing up, I probably spent as much time at their house as mine. Although as a teenager we “butt heads” at times, I knew I deserved it, and I’m so thankful for his influence, kindness and laughter. Such fond memories of waking up hearing the bagpipes playing as he walked on the golf course. Always loved hearing him play. Great memories of going on family vacation with them. Thankful we got to have lunch together last year and reminisce, and so grateful he has been there so faithfully to care for Mrs. Hunter. Praying for your family as you grieve his loss. I know he will be so greatly missed.
Kathy Brown lit a candle and writes,
Debbie and family, sending my sincere sympathy for the loss of your Dad. It seems that he was a wonderful person who lead an interesting life. I am sure you have many fond memories of him that will help see you through.