He was salutatorian of his high school class at Pennsville High School and was later inducted into the Alumni Hall of Fame. He graduated from Notre Dame University and New Jersey College of Medicine. He interned at Philadelphia General Hospital and was a Captain and Chief Medical Officer in the army stationed in Korea and Edgewood Arsenal. After his military service, he completed a residency in General and Interventional Radiology at Thomas Jefferson University Hospital and was Staff Interventional Radiologist and Angiographer at Presbyterian University of Pennsylvania Hospital when they received the first CAT scanner in the Philadelphia area. He also served as a Clinical Instructor in Radiology at the University of Pennsylvania.

He later moved to North Abington, PA where he joined a private practice, Northeastern Radiology Associates, in nearby Scranton. There he continued to be in the forefront of innovation in Radiology. During his years as an Interventional Radiologist he served as Chief of the Medical Staff and Vice President of Medical Affairs at Community Medical Center in Scranton (now Geisinger). With his associates, the group purchased the first MRI in the region and with his expertise in Pediatric Radiology he was able to afford families the choice of having pediatric studies in town versus traveling to major medical centers in NYC and Philadelphia.

After his retirement from his private practice, he joined the staff at Christiana Medical Center, in Christiana, DE and was awarded Teacher of Year by the radiology residents (2008-2009). Throughout his life he enjoyed travel and has been to most countries around the world. His most recent adventures included traveling throughout Europe, Iceland, and Norway. He was an avid outdoorsman who enjoyed fishing, hunting, skiing, and hiking as well as reading, and time with his family.

He is survived by his wife of 50 years, Dr. Barbara Phelan Sheer of Wilmington DE, his son, Dr. Jeffrey Sheer and daughter-in law, Judith DeMay of Boston MA, his sister, Janice Redmond and brother-in law Richard Redmond of Cresskill NJ, and nieces and nephews.

In lieu of flowers, donations may be sent to the Food Bank of Delaware fbd.org and St. Jude Children’s Hospital stjude.org. 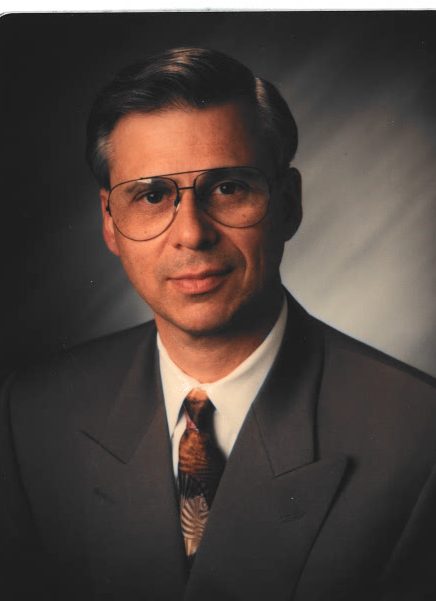 There will be a visitation on Friday, October 30 at 10:00 -10:45 AM at Chandler Funeral Home at 2506 Concord Pike, Wilmington, Delaware, followed by a mass at St. Mary Magdalen Church at 7 Sharpley Road. Given the pandemic, social distancing and mask policies will be followed. In lieu of flowers, donations may be sent to the Food Bank of Delaware fbd.org and St. Jude Children’s Hospital stjude.org.

Kristel DeMay lit a candle and writes,
I loved spending time with Jeff’s dad over the years, especially on our trip to Florida. His smile, kindness and childhood stories of Cape May were endearing. To me, he was sweet...like apple pie. I love that when I look at Jeff, I see him in Jeff. Jeff is a wonderful man, doctor, and outdoorsman who carries on Dr. Sheer’s character, smile and kindness so proudly. I am deeply saddened and filled with tears. I wish Dr. Sheer’s wonderful family comfort, peace and love. Love, Kristel
Janice & David Grackin lit a candle and writes,
We hope that Barbara and her family will be comforted by knowing that VOB friends and neighbors share their sorrow at George's passing. We are so sorry for the loss of your husband and father.
Robert and Rose Maher lit a candle and writes,
A life lived well! Filled with many adventures, making a difference, helping so many. Our conversations and interactions over the decades were filled with his many insights, observations, wisdom, humor and always an empathetic concern for how we were doing. May his memory be a blessing for Barbara, Jeffrey, Judith and for all who were lucky to have known, appreciated, learned from and loved George. May he rest in peace!
nestor dequevedo writes,
I’m so sorry for you loss Jeff. I didn’t know your father, but his reputation was stellar, My parents had the opportunity to work with him on occasion and held him in the highest regard. In fact My mother credits him with saving my life. He discovered a mass in my neck after I was cleared by another Radiologist. With his help I was diagnosed with Hodgkins Lymphoma and successfully treated and eventually went into remission. Thank you Dr. Sheer!! My thoughts and prayers are with you and your family.
Christine Cannon writes,
Dear Barbara, I am so very sorry for your loss. Although I never had the honor of meeting George, I remember the times when you shared stories about your lives together. I know your lives were full helping and educating others and traveling the world so I cannot even imagine now being on your own. My heart aches for you. Chris Cannon
CLARE OCALLAGHAN, R,N., C.S., Ed.D writes,
A lovely obituary, Jeff. I know the last few years have been very difficult for your mother, and you and Jude. I wish you all Peace and Love, Clare O'C
Barbara and Donald Polis lit a candle and writes,
Thinking of you and your family at this difficult time. Our thoughts and prayers are with you. So sorry for your loss.
Carol Kerrigan Moore writes,
To Barbara and family, My deepest sympathies to all of you on the loss of a witty and wonderful man. I will never ever forget his professional and personal kindness to me when I needed to undergo a procedure in interventional radiology. He will never ever be forgotten; his is a lasting legacy. I know you are treasuring the memories...
Kathie Williamson lit a candle and writes,
Prayers to you and your family.
Janet & Herb Stayton writes,
Dear Barbara, Jeff, Judith, Janice and Rich, Our sincerest condolences on George's passing. Our thoughts and prayers are with you and your families at this most difficult time. As always, Janet & Herb Stayton
Kheng Lim lit a candle and writes,
I knew Dr. Sheer through my residency years at Christiana Care. He was a great radiologist who had invaluable impact on my formative years in residency. He was a kind and caring role model. His legacy would always live in my memory. Rest in peace Dr. Sheer.