(Mary) Gail Tigani Morrison, 80, of Wilmington, Delaware peacefully passed in her residence November 12, 2021. Gail was the first born to Francis and Frances Tigani in 1941. She attended Ursuline Acadamy for 12 years. She received her Bachelor of Arts in History from the University of Delaware in 1962.

Following College, with a few other friends, Gail moved to the Beacon Hill section of Boston for several years where she worked as a bank teller. Upon return to her home town of Wilmington, she married Eric Block Morrison of New York City and Wilmington, Delaware. Gail and Eric gave birth to a son, John Burke Morrison. Gail and Eric’s marriage ended in the mid-1970’s, though they continued on as partners in the raising of their son, Burke. Gail began working for the family business, Standard Wine and Spirits, now Standard Distributing, as a customer Service Representative. She continued at Standard as manager of the Purchasing department, for nearly 40 years.

Gail was an avid Rower, a hobby she picked up later in life, and member of the Wilmington Rowing Club. A true life-long learner, Gail frequently took classes at the University of Delaware and elsewhere well into her 70s! An intrepid explorer, Gail went on a multi-month trip to Europe with her parents and brother as a young teen and she never lost the travel bug.

Gail’s travel adventures, extended to over half of the United States and scores of nations over 5 continents. Gail will be remembered as a loving sister, devoted mother and grandmother, and loyal friend. Gail was not one to suffer fools and never left any doubt about how she felt about things. Her wit and charm brought joy and energy to any social gathering.

Gail’s spirit will live on in the memories of all who knew and loved her. Now is not a time to mourn Gail’s passing, but, rather, a time to celebrate her life well lived.

Gail is survived by her brother, Gregory, his wife, Judith, and their two children, Jordan (Tegan) and Julian (Elizibeth), as well her son, Burke, his wife Kerrie and her two grandchildren, Max and Molly.

Gail’s Celebration of Life will be in the New Year. Details will be forthcoming 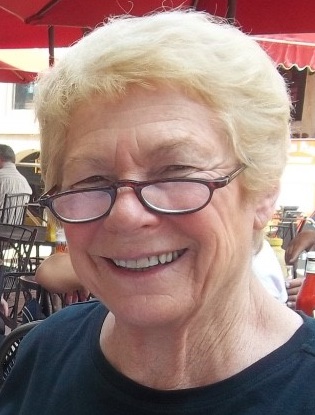 Gail’s Celebration of Life will be in the New Year. Details will be forthcoming

Sydney Robertson Jimenez writes,
We will greatly miss Gail's friendly smile and fun approach to life. Our condolences to her loving family.
Fran Isakoff writes,
I had the pleasure of rowing with Gail for many years. Her dry wit and calm demeanor made her a wonderful team mate. She was great person to be around and I share the pain of her loss. My condolences to her dear ones.