He was born in Elkton Maryland in 1924 and graduated from the University of Delaware in Mechanical Engineering. He immediately joined the Army Air Corp and became a B-29 bomber pilot, stationed in Guam. As a 21 year old pilot, he flew 23 missions, including several in preparation for the Enola Gay. He chronicled his bomb missions in a book called, The Account of FW Strahorn in WWII. He was so excited last year to be able to go up on a flight in the plane in which he learned to fly so many years ago.

After the war, he went to work for the DuPont Company as a mechanical engineer where he was an engineering Fellow and was on the patent for Kevlar. After he retired from DuPont, he did engineering consulting until he was 92 years old. He married his wife, Mary Edith Boyce, and they were married for 57 years before her passing in 2004. Fran showed incredible devotion while caring for her for years. He enjoyed sailing as well as woodworking and built his first house in Newark, DE and several beautiful chairs and tables. The recent project of which he was most proud was his carved Chippendale mirror.

In lieu of flowers, donations to the Chesapeake Bay Foundation, the Delaware SPCA or the Alzheimer’s Association will be appreciated. 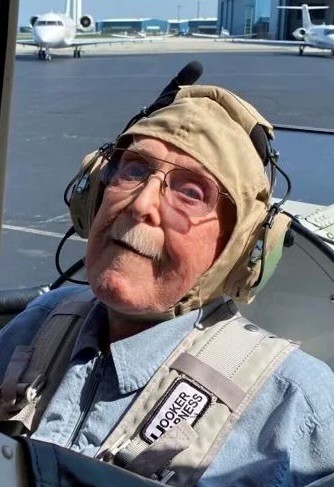 Dill Family lit a candle and writes,
Our thoughts and prayers are with the Strahorn family.