Born in Salisbury, MD, he had lived in Wilmington since 1963. Frank was a 1959 graduate of Wicomico Senior High School in Salisbury, where he met his lifelong sweetheart. He graduated from Goldey Beacom College with an Associate’s degree in Accounting in 1961 and from East Carolina College with a Bachelor’s degree in Accounting in 1963. In 1971, he graduated from the University of Delaware with an MBA. He earned his Certified Public Accounting license in 1977.

Frank worked for Hercules, Inc. for 30 years, and he also worked for H&R Block for several years. In 1992, he founded his own CPA practice, Adkins and Associates.
He was a former Scoutmaster of Boy Scout Troop 660. He loved the outdoors, and he hiked many sections of the Appalachian Trail. In addition, he enjoyed bluegrass music. Frank enjoyed spending time with his family, and he was especially close to his grandchildren. He was a member of Welsh Tract Old School Baptist Church in Newark, DE.

He was predeceased by his parents, Mildred (Morris) Adkins, William S. Adkins, his step-mother Charlotte Adkins, and one brother, Richard S. Adkins, all of Salisbury, MD. He is survived by his wife of 58 years, Jean C. Adkins, a brother Ernest Adkins (Janie) of Portsmouth VA, and a sister Ethel Harper (Jack) of Salisbury MD. He is also survived by his three children: Frank Adkins Jr. (Kristan) of Greenwood DE, Nancy Lester (Scott) of Newark DE, and Valerie Lester (Steve) of Pittsburgh PA; six grandchildren: Stephen Lester (Catalina), Laura Lester, Julie Sober (Bryan), Ryan Lester, Sean Flanagan (Samantha), and Erin Gingerich (Brad). In addition, he is survived by four great-grandchildren as well as several nieces and nephews.

In lieu of flowers, the family requests donations to the Appalachian Trail Conservancy at appalachiantrail.org or to the Hospital at the University of Pennsylvania at pennmedicine.org. 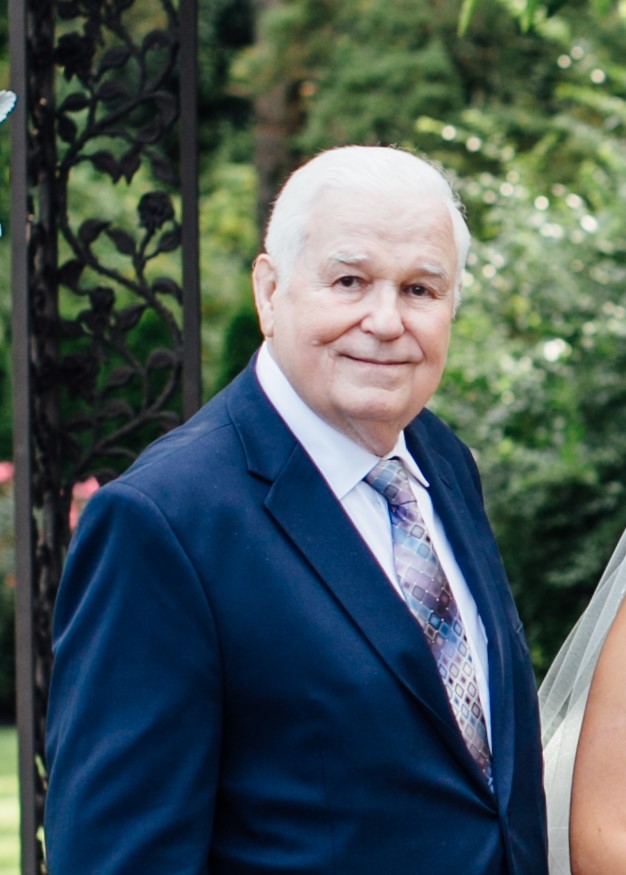 A visitation will be held at Chandler Funeral Home in Hockessin, DE on Friday September 17, 2021 from 6:00-8:00PM. Interment will be private.

Kristan Adkins lit a candle and writes,
Forever in my Heart!!!
Bob Schumm writes,
I feel fortunate to have known Frank for many years having met him at the start in a business relationship but got to know him on a personal level. To his wife - Jean - and son -Frank Jr - your loss is shared. Frank had a wonderful personality appreciated by his many clients who knew Frank worked diligently to organize their taxes and save them money. Frank loved his family and with a twinkle in his eyes, often bragged about his grandchildren. You children can be proud of such a great father and grandfather. Rest in Peace, Frank.
Connie Rossi writes,
I haven't known Frank very long, but it was obvious he was a kind man. I'll miss him. My condolences to Frank's family during this very difficult time. I'll keep you all in my thoughts and prayers.
Carol Hornung Sadowski writes,
To the Adkins Family, My sincere condolences to you on your loss of Frank. I first met Frank at East Carolina and actually stood next to him at our graduation in 1963. We also worked together in the computer department at Hercules for many years. When my husband and I were considering hiking part of the Appalachian Trail, Frank was a tremendous help in giving me many hiking tips about the trail and even supplying us with the appropriate maps. We wouldn't have made it without his help. After Frank and I both retired from Hercules, I would see him around the neighborhood and enjoyed a nice conversation about his latest activities. I always considered him a good friend and know how much he loved his family. He will certainly be missed. Cherish all your memories.
WILLIAM GODFREYI writes,
I WAS VERY SAD TO READ ABOUT FRANK, I HAD THE HONOR TO WORK WITH HIM AT HERCULES. I WAS PROUD TO CALL HIM "MY FRIEND" FRANK WAS A MAN OF INTEGRITY,STRONG FAITH AND CHERISH ED LOVE FOR HIS FAMILY. I AM A BETTER PERSON BECAUSE FRANK WAS IN MY LIFE. . MY RESPECTS TO JEAN AND FRANK'S ENTIRE FAMILY. MAY HE REST IN PEACE.
Pat Law writes,
Hello Jean, Frank, Nancy, Valerie, I was sorry the hear Frank had passed away, things are better for him now. I very sorry I missed the visitation on Friday. I had been away but was back home at that time and would have definitely been there had I known he passed away. I pray you have peace in the very fond memories you have and wish you God's blessings during this difficult time. Sincerely, pat
Ralph E.Brumbley writes,
Sorry I missed the obituary until after the funeral. I’m high school class mate and also a good friend to his brother Richard. We last saw each other at Fruitland fire department while having oyster sandwiches with Ernest. We did not see each other very often, but it was always a good visit when we did meet. Sorry for your loss