William (Bill) Buckley died peacefully at home Tuesday, September 7, 2021 after a 3-year illness with blood cancer. He was 76 years old.

Bill was born in October 1944 in Wilmington, DE to Blanche K. and John Buckley.  He graduated from Salesianum School in 1962 and then attended University of Delaware before enlisting in the US. Navy in 1967. He served in the Navy for 4 years on the USS Shangri-La. After leaving the Navy, Bill moved to Maine and graduated from University of Southern Maine in 1976 with a BS in Industrial Technology.  He started his 30-year career in Process/Manufacturing Engineering with Data General in Maine and continued it in Delaware with several companies including Speakman and Chrysler.

Bill moved back to Delaware in 1986 to care for his aging father and was happy to meet his future wife Barbara through mutual friends. They quickly found they shared many common interests including tennis, seafood, and the arts. They were married in 1987 and Bill became a loving step-father to Barbara’s daughter, Carolyn.

After meeting Barbara, Bill became an active member of Aldersgate United Methodist Church, completing Disciple Bible Study, volunteering at the rummage sale and Emmanual Dining Room, and serving on several committees. He coached cross country skiing for Special Olympics for over 10 years.  After retirement, Bill worked in Public Safety at Winterthur for 5 years and continued to love visiting there for rest of his life.  He also enjoyed taking classes at UD Osher Lifelong Learning where he renewed his interest in painting.  Barbara and Bill enjoyed travel, including their many trips to the San Francisco area to visit Carolyn as well as vacations to Bethany Beach, Poconos, Maine and Europe.

Bill is survived by his loving wife, Barbara (McHugh) Buckley; his daughter Carolyn (Bucher) Estebez and her husband Brian, and his granddaughters, Cecilia and Violet; sisters-in-law Carol Lamborn (Chip) and Joanne Capano and their families.  He is also survived by his close Buckley cousins Joyce Tavani (Gus), Jack (Gemma) and Gene (Lynn).

The family wishes to thank Christiana Care Hematology for Bill’s treatment over the past three years and to Delaware Hospice for their care in his last days.

In lieu of flowers, the family has requested contributions in Bill’s memory to the Aldersgate UMC Steeple Fund or the Leukemia and Lymphoma Society. Donations may be mailed to LLS – Eastern PA – Delaware, P.O. Box 22467, New York, NY 10087-2467 or online at LLS.org. 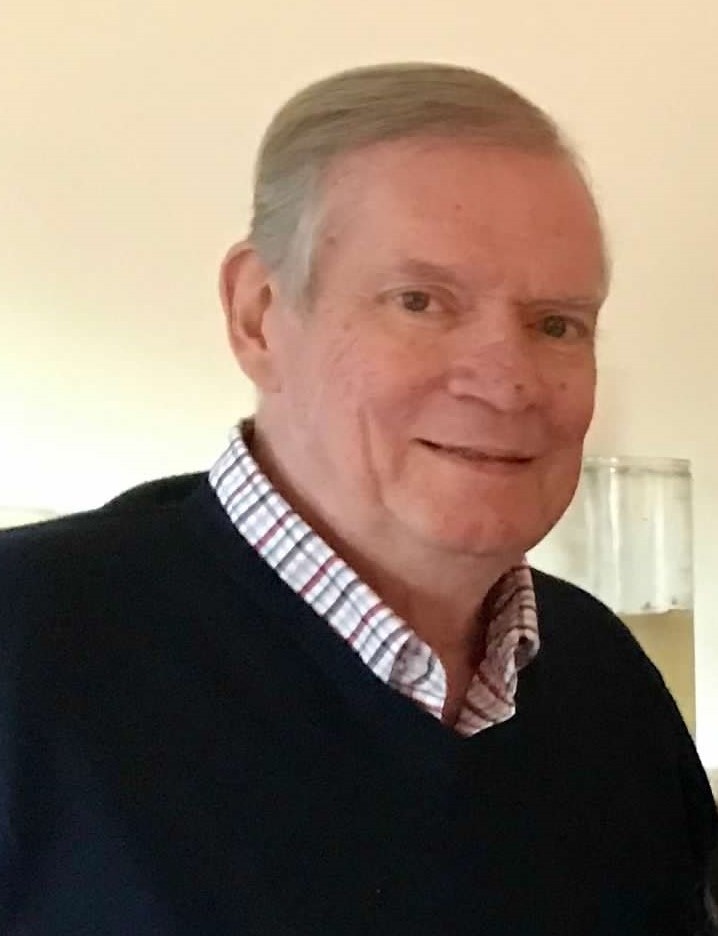 A memorial service will be held on Friday, September 17, 2021 at 11:00 am at Aldersgate United Methodist Church, 2313 Concord Pike, Wilmington, DE 19803. Due to Covid restrictions, masks will be required.

Kevin F Donohue lit a candle and writes,
Please accept our heartfelt condolences at this sad time. We hope the good times you spent with Bill will carry you thru these sad times. We are thinking about you.
LaToya Rodriguez writes,
José and I send our condolences to you and the family! Bill always kept us smiling with his warm spirit and sense of humor! Sending love and prayers your way!
BJ & Mike Houser writes,
Barbara & Family-Wonderful memories of times together from Aldersgate to reunions to long lasting friendships. You are in our hearts….BJ & Mike
Bruce Kingshill writes,
I am so sorry for the loss of your husband. My prayer and thoughts are with you during this sad time.
Vickie lit a candle and writes,
Barbara & Family - My deepest condolences and prayers for all of. The few times I met Bill, he was the nicest man. Quiet with a little humor in there too. May his memories be with you as God leads you through the days ahead.
Sue Powers Hampshire writes,
Barbara and family, I am so sorry to hear of your beloved husband’s passing. May you remember all the good times you’ve shared.
David & Kathy Fleming lit a candle and writes,
We so enjoyed our times with you and Bill. Such a gentleman in every way. Our hearts are with you and your family.
Susan and Barry Wetzel writes,
So sorry for your loss! Bill was a fighter and you were a wonderful care giver for three years! May God fill your heart with comfort and peace! Love you!🥰
Bob and Mary Kay Hawkins writes,
Dear Barbara and Carolyn, We have so many wonderful memories of good times shared. Our grandkids so loved it when they saw Mr Buckley at Winterthur. You are in our hearts and prayers.
Sr. Jeanne Cashman, OSU writes,
Dear Barbara, I was sorry to see that Bill has died. He was a wonderful human being with a great sense of humor. Bill was a great and active participant in our "God Squad" classes at OLLI, and he will be missed by many. Please count on my prayer and support - and my love, (Sr.) Jeanne Cashman
Jocelyn Guerra lit a candle and writes,
Sending love, prayers and condolences to Bill’s family and friends. Thinking of you Barbara and Carolyn. Love, Jocelyn (Wohltmann) Guerra
Renitia lit a candle and writes,
It was a pleasure to have known you; you are missed. Mrs. Buckley you are in my thoughts and prayers.
Evelyn M Joiner lit a candle and writes,
My deepest condolences to Barbara and the rest of the family and friends.