Elario was always filled with kindness and deep concern for his wife, Michele, his girls, and especially his ray of sunshine, his granddaughter, Gianna. His wish for his girls, was a lifetime of happiness!

Lario was not one to complain of aches and pains. He kept these things to himself. That was just who he was. When I met him, he was 21 years old. It did not take me long to realize this man, though young in age, was an old soul at heart!

Lario graduated from Brandywine High School. Since he had a love for cars, especially his Shelby, he decided to go to mechanic school. He then opened an Amoco Station on Rte 202 with bays to repair cars.

Around 1979 Lario joined his father and brother Nick in the construction business. Through the years Lario branched out into other adventures such as L & N Laundromat and selling Christmas Trees at the gas station.

Lario loved nothing more than spending time with family and friends around a table of good food and even better wine. Laughter was had by all as the house came to life!

Second to his love of get-togethers was his love of travel. He was always the first to be “in” for a trip with the guys. He could pack a bag in 10 minutes flat and out the door! Sand Lake in Canada was his favorite fishing hole. He had been going there as far back as 1973, of course, with the guys. It was a peaceful place and a long time tradition of a guys fishing trip with his dad, Nick Sr. as cook and bottle washer.

The second place where he found peace and quite from every day mayhem was being at the Margate Beach in New Jersey. He enjoyed watching the surf especially when there was a lightning storm and the sky’s turned black.

Lario is the son of Nicholas Anthony Baldini and Letitia Dolores Pullella Baldini. Lario is survived by his wife Michele T Baldini of 42 years. His daughters Lora Bucci (Ralph), Nicola, Talia and Michele Baldini. The light of his life, his granddaughter Gianna Bucci. Brothers Nicholas Jr (Maria) and Leopold Baldini. His nephews Nicholas lll (Pamela), Christopher (Rachel) and Gabriel (Rachael) as well as a host of cousins and friends left to cherish his memory. Our lives have been forever changed; we will love you forever and ever!

Services will be private and interment will follow at St. Joseph on the Brandywine Cemetery. 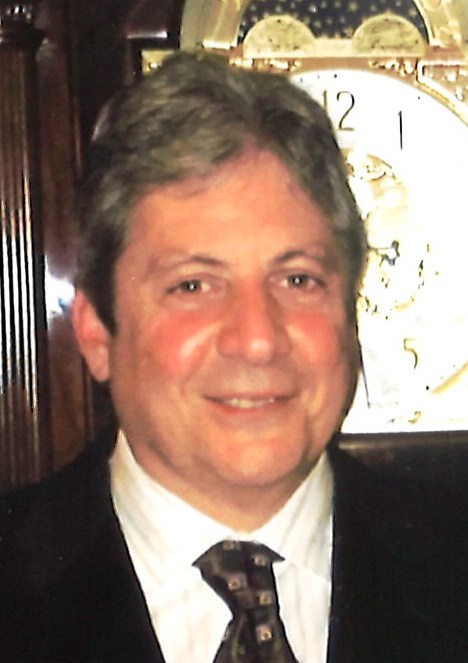 Services will be private and interment will follow at St. Joseph on the Brandywine Cemetery.