Edward K.W. Wat, 81 years old, of Wilmington, DE, passed away peacefully on Sunday, July 31, 2022. He was born in Honolulu, Hawai’i to Edward K.W. Wat and Alice (Wong) Wat. He earned a PhD (with honors) in Organic Chemistry from Stanford University in 1966.

He retired from DuPont/DuPont Merck after twenty-five years as a research chemist with several patents in his name, and went on to work at ISI/Thomson Reuters before finally retiring.

He was a long-time Scout leader and he volunteered with Adopt-a-Family for 20 years including serving as Treasurer. He enjoyed travel with his family, woodworking, crafting miniatures, playing flute, and following sports. He is remembered for his gentleness, loyalty, and hard work. Friends and family also appreciated his dry sense of humor and easy-going nature. After suffering a massive stroke in 2020, he inspired family and friends with his motivation to regain strength and coordination. Despite many setbacks on his path to recovery, he continued to work hard and enjoyed getting out to local festivals and walks in the neighborhood. He was a proud father and grandfather who leaves behind family who loved him deeply.

A Memorial Mass will be held on Friday, August 5 at 1:00pm at Immaculate Heart of Mary Church, 4701 Weldin Road, Wilmington, DE with a visitation hour from 12-1:00 pm at the church. A private interment will be planned for a later date.

In lieu of flowers, you are invited to make a donation in Edward’s name to your favorite charity. 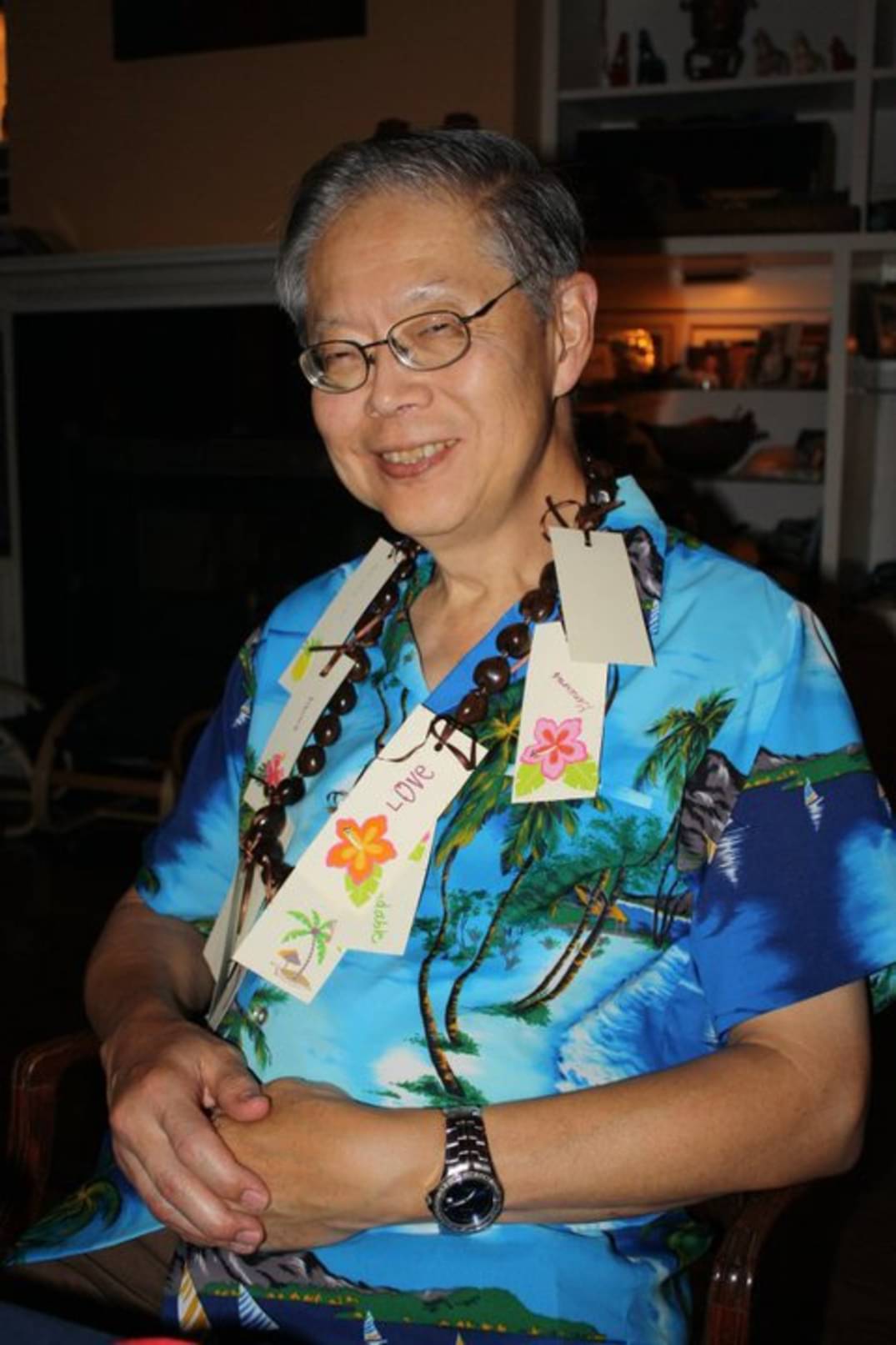 A Memorial Mass will be held on Friday, August 5 at 1:00pm at Immaculate Heart of Mary Church, 4701 Weldin Road, Wilmington, DE with a visitation hour from 12-1:00 pm at the church. A private interment will be planned for a later date.

Shauna haley lit a candle and writes,
This is my friend Ken's dad Im so sorry for familys lost thoughts and prayers. Shauna
Lee Brannon lit a candle and writes,
My condolences to the Wat family. I remember Ed as a very nice soft-spoken father who showed up at Delaware XC and track meets to support his son, Allen. He helped raise three wonderful individuals.
Julie Schmitt lit a candle
Julie Schmitt
Julie Schmitt writes,
Ed was a true treasure; kind and gentle and a wonderful next-door neighbor, husband, father, grandfather, and friend to many. He showed us by example how to keep going no matter what in the last two years. May he Rest In Peace. Our deepest sympathies to Debbie, Ken, Pam and Allen and all in the family. Julie and Fred Schmitt
John Brannon writes,
Ed would always ask how things were going when I showed up at the house with Allen. I always enjoyed being there. A very genuine and welcoming person. Wonderful traits that make you think about how you treat others.
Jackie Feldman writes,
Thinking of you and your family, Pam.
Paul Miller lit a candle and writes,
Dr. Wat didn't speak often, but when he did, you listened. He made wonderful hamburgers on the grill and when he laughed, you couldn't help but laugh as well. He will be missed, but never forgotten. Quite possibly the most gentle and kind man I have ever had the privilege of knowing.
Phoebe and Tom Doherty writes,
Phoebe enjoyed playing flute with Ed in the duPont band. When we bought our first home, Ed even brought his father to help us move in. He was very kind, gentle, and sharing. We send our condolences to his family.
Jeri Cherrin lit a candle and writes,
So very sorry to hear about Ed's passing. He was a dear, sweet man who will be missed by many. Now he is up in heaven joking around with my Richard and El's Jon. I'm here for you, Deb, if you need anything. Please give my condolences to your family. Jeri Cherrin
Dale Megill writes,
Dear Pam and family, I am truly sorry for your loss. Your love for him has been reflected in the many ways you pulled together to care for him and give him the best quality of life he could handle these past few years. I know you’ll miss him terribly but I hope in time your memories will make you smile. Fondly, Dale Megill
Guzman-Henderson Family lit a candle and writes,
Our hearts are broken for you all. We're sending so much love to Debbie, Ken, Allen, Pam and the whole family and will always remember Ed as a kind, lovely human being.
Jan Shay writes,
Dear Pam and Family, My deepest condolences on your loss. May his memory be a blessing. Sending love and light to all. Jan Shay
Mike Querey lit a candle and writes,
My condolences to the family.
Ruthann Hocken lit a candle and writes,
Debbie I hope you can just remember all the good times you had with Ed. He was a wonderful husband and father. It’s a great lost but you will go on. It’s been 15 years for me and I still miss Elmer everyday
Florence Rice writes,
Dear Pam and family, my deepest sympathies to you at this time. May you find comfort in dear memories and knowing you did what you could by being with him in his last days. Florence Rice
Judy Shockley writes,
Dave and I send our love and prayers to you Debbie, Kenny, Allen, and Pam. I loved talking to Ed after Mass each week and missed that very much the last few years. He was so interested in what you had to say and had such a dry sense of humor. My Grandfather used to say a wonderful blessing over us when we visited them. Hope it gives you some comfort, " May God keep His watch and care over you." Judy
Jenny Brown writes,
Dear Pam, So very sorry to learn of your Dad's passing. I know the last few years have been difficult ones, but do know your care, compassion, and love kept him going. My thoughts are with you all, as this difficult loss consumes you all. Thoughts and prayers .....
Cinda Crane writes,
Dear Pam and family, Thinking of you on the passing of your father. You are in my thoughts and prayers. Cinda Crane
Sandie lit a candle and writes,
I am keeping all of your family in my prayers as you deal with this great loss. 🙏🏻
Joan W. Priest writes,
Our hearts go out to you at this difficult time. May your great love and steadfast care for your father in his time of need sustain you in your time of loss.
Mary Jo Metz lit a candle and writes,
Dear Pam and family….My deepest sympathy at the loss of your father. At this time of sadness may you know in your heart how very much others care. I hope your cherished memories will bring you comfort in the days and months ahead.
Lydia Robb writes,
Condolences to the Wat family. May you be at peace knowing you did everything you could to show him love and care.
Mary Jo Metz lit a candle and writes,
Dear Pam…My deepest sympathy to you and your family on the loss of your father. At this time of sadness, may you know in your heart how much others care. Cherished memories, I hope, will bring comfort in the weeks and months ahead.
Frank Titus lit a candle and writes,
RIP Ed.